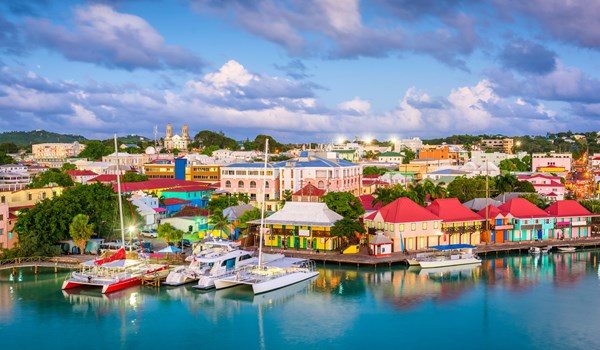 As published on antiguaobserver.com, Friday 4 June, 2021.

The government is insisting that the processes within the Citizenship by Investment Programme (CIP) – particularly where due diligence and security are concerned – are of the highest caliber and are being executed to maintain the integrity of the programme.

This assertion from Cabinet spokesperson, Information Minister Melford Nicholas, follows another bout of negative publicity for the programme, stemming from the legal woes of successful CIP applicant, Mehul Choksi.

Choksi obtained Antiguan and Barbudan citizenship through the programme back in 2017, according to reports, just weeks before Interpol issued a red notice on behalf of Indian authorities toward his arrest.

It was later revealed that he was wanted by the Indian authorities for his alleged involvement in a multi-million-dollar bank fraud.

As that development went viral across international media, the Citizenship by Investment Unit (CIU) confirmed the details of Choksi’s application, assuring that it was only approved “after extensive vetting” and a “robust international due diligence investigation”.

Though several years have passed since his application was approved, Choksi’s status as a citizen of Antigua and Barbuda is still up in the air. Prime Minister Gaston Browne has repeatedly denounced his actions in withholding important information – regarding possible misdeeds – in his CIP application, adding that he is ruining the image of the CIP.

The matter remains before the court, after Choksi appealed a High Court ruling that denied his request for assistance in challenging the validity of an extradition request from India.

Nonetheless, the negative publicity surrounding the saga continues to threaten the image of the CIP, and during yesterday’s post-Cabinet media briefing, Nicholas sought to assure the public that the right things are being done within the programme, to reduce the likelihood of similar characters breaching the system.

“There is nothing wrong with the technical review process of filtering and detailing with applicants. Our system is rigorous, as not only do we go to the [Joint Regional Communications Center] JRCC, but we [also] allow the US agencies to be able to give us an attestation of these persons.

“Each of our CIP citizens goes through this labyrinth of tests, and clearly, at the time when Mr Choksi had applied for citizenship, his name had not appeared in any of these agencies who would be able to [say] whether or not there was a charge against him.

“We want to be clear on that; there is nothing wrong with our due diligence process. It is very rigorous, it is multi-layered and so that is not an issue,” Nicholas explained.

The minister added that these developments involving Choksi should serve as a deterrent to any unscrupulous CIP applicants.

“It will validate the position that any persons with any nefarious background who would want to use Antigua as a haven to hide out, there can be no way that they could expect to get any comfort here.”

Nicholas also assured that the government will maintain its efforts to revoke Choksi’s citizenship – based on the developments in Dominica – if he were to be returned to Antigua. He disclosed that they would attempt to bring forward the date for court proceedings, with the current date set for the end of this year.

Just a few months ago, the Antigua and Barbuda CIP was among a handful scrutinised by the US government in its Human Rights Report for 2020.

The report called out the programmes in Antigua and Barbuda, Dominica and St Kitts and Nevis for a “lack of transparency”.

US: Country suspends tariffs i…