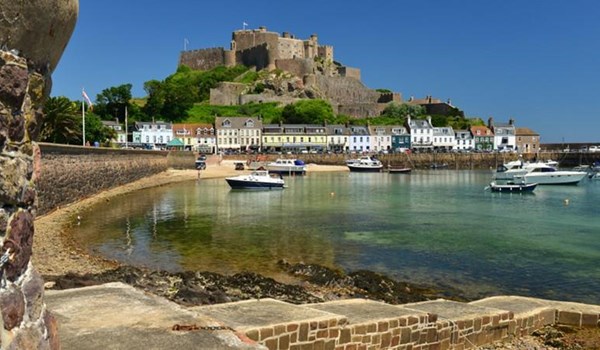 As published on jerseyeveningpost.com, Wednesday 30 June, 2021.

INCREASES in company taxation ‘may well happen’, the Treasury Minister has admitted as international pressure grows on Jersey to reform its tax regime.

Deputy Susie Pinel was questioned about the Island’s taxation policies during yesterday’s States sitting after a JEP special report highlighted how the burden of tax intake had shifted dramatically onto Islanders since the turn of the century.

A number of States Members have since questioned the Island’s tax policies – and Deputy Pinel admitted, in response to questioning by Deputy Geoff Southern on whether there would soon be increases in corporation tax, that company tax rises were being discussed by officials.

‘This may well happen. We are in negotiations with the Organisation for Economic Co-operation and Development and I can’t comment any further on those negotiations,’ she said.

‘There is another meeting tomorrow so hopefully we will have a conclusion fairly soon as to where companies’ tax ends up.’

In 2002, 57% of the Island’s tax revenue came from companies, with 43% paid by individuals. By contrast, in 2020 taxes on individuals, including GST, which was introduced in 2008, accounted for 82% of revenue taxation, with companies providing the other 18%.

After zero-ten, under which many companies pay no tax, was introduced in 2009, intake from companies fell by £135 million in 2010.

Recently, the G7 group of nations announced plans to introduce a global minimum tax corporate rate of 15%, which would bring an end to zero-ten.

Senator Kristina Moore, chairwoman of the Corporate Services Scrutiny Panel, said that the introduction of a global minimum rate could be an opportunity for reform but that a balance would need to be struck with the Island’s business interests.

She said: ‘We have to remain internationally competitive while maintaining the best quality of life possible for Islanders.

‘There is the premise that companies pay wages so if they are taxed more, then they will have less profit to pay people. On the other hand, with the changing international climate, there’s going to be an opportunity for strong discussions about how we might rebalance things.’

Deputy Kirsten Morel said that he felt tax could be more fairly distributed in Jersey but consideration needed to be given to the impact of raising corporation tax on the finance sector and small businesses.

‘It is clear that there needs to be a rebalancing of taxation because ordinary Islanders are struggling to pay their bills and to afford homes. This is done by broadening the tax base,’ he said.

‘Corporation taxes can be a part of that rebalancing but, if that is to be the case, there are two things that the government needs to be careful of. Firstly, any change to corporation tax mustn’t harm tax neutrality [avoidance of double taxation] and so prevent Jersey’s financial services sector from doing business. This is particularly important for the funds industry.

‘Secondly, 0% corporation tax should be maintained for small and new businesses because that tax rate is a great enabler of entrepreneurship in the Island,’ he said.

He added that certain sectors – such as utility companies, finance firms and large retailers – which were already subject to 10% or 20% corporation tax under zero-ten demonstrated that taxing companies at an ‘appropriate level of profitability’ would not harm businesses.

Responding to the JEP’s coverage, a Government of Jersey spokesperson said: ‘Regarding personal taxation, around 90% of people who pay tax benefit from marginal relief and pay less than 20%. Many families pay rates below 15% while enjoying higher tax allowances than available in the UK and the other Crown Dependencies.

‘The figures calculated by the JEP do not reflect the full contribution that businesses in Jersey make to the economy. For example, the analysis excludes the Social Security contributions paid by employers and does not take account of the GST which will be paid by unregistered and exempt businesses. Corporate taxes as a proportion of national revenues are not out of proportion internationally.