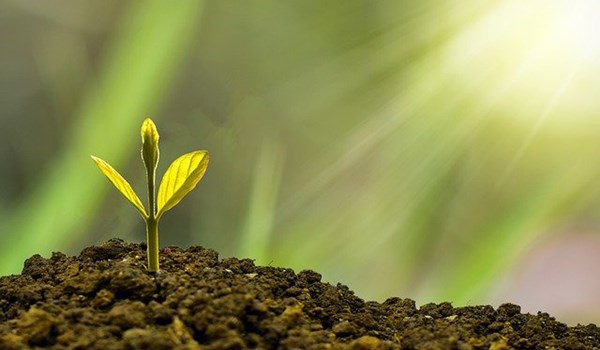 The European Commission is considering a wide range of measures to bring the EU’s financial sector into line with its climate goals, according to a draft strategy paper to be published next Tuesday (6 July).

The document outlines several actions including combating so-called greenwashing of investments, setting climate change targets for banks and encouraging low carbon blockchain projects, according to the draft, seen by EURACTIV.

Entitled “financing transition to a sustainable economy”, the paper builds on the EU executive’s 2018 action plan, which set the stage for the bloc’s classification of truly green investments, and mandatory climate-related disclosures by companies.

But the Commission believes “the global context has changed” since 2018 and more action is needed now because the financial sector’s contribution to sustainability has become clearer.

The paper describes several key areas where the EU executive will focus attention in the coming years.

“The first building block is the EU Taxonomy,” a classification system which defines what economic activities can be regarded as a sustainable investment, the document says. “The second building block is a comprehensive mandatory disclosure regime for both nonfinancial and financial companies,” it adds.

“The third building block is a set of standards and labels for sustainable financial instruments” that will make the market more transparent and make it easier for investors to align their investment strategies with the EU’s climate goals, the document says.

The EU’s goal of bringing emissions down to net-zero by 2050 will require huge investments, much of it coming from private funding.

“Europe will need an estimated €350 billion additional investment per year over this decade to meet its 2030 emissions-reduction target in energy systems only, alongside €130 billion for other environmental goals,” says the document.

While the EU’s green finance taxonomy will make green activities more visible and attractive to investors, EU member states will be asked to assess how their financial markets contribute to reaching the bloc’s climate goals, covering asset managers, pension funds, banks, and insurers.

A consolidated report on EU financial markets’ transition will be delivered by the end of 2023. The commission will then coordinate with the European Central Bank and the bloc’s banking watchdog to “calibrate the right pace for the transition”.

An “initiative” by the first quarter of 2023 will aim to make environmental, social and governance (ESG) ratings of companies more reliable and comparable. The EU will also consider options to broaden out its taxonomy to cater better for investments in companies moving to a more sustainable footing, according to the draft.

The strategy paper also seeks to “empower” retail investors and small companies through green loans and mortgages, and better expertise of financial advisors in sustainability investments,

In addition, a “digital sustainable finance roadmap,” to be published by 2023, will aim to foster investment in low emission data centres and blockchain technology.

Sebastien Godinot, a financial analyst with the WWF, praised the Commission’s draft strategy for clearly identifying the sustainability challenges facing the financial sector.

“However, the strategy seems partly unfinished: in various cases, it misses the last step, clarifying how the problem will be fixed with a concrete legislative proposal,” Godinot told EURACTIV.

This means it could take several years until the Commission tables new legislation, which Godinot says is at odds with the climate emergency.

“We urge the Commission to walk the extra mile,” he said, calling among other things for a proposal to regulate ESG rating agencies.

The financial industry appears to share Godinot’s analysis. One Brussels industry source described the Commission’s draft strategy as “a pure act of political compromise” designed to meet the demands of environmentalists while keeping conservative EU countries on board.

“Many of the policy actions are vague, unspecified or leaving the Commission with an ‘escape hatch’ to backtrack if necessary,” said the source who spoke to EURACTIV on condition of anonymity.