EUROPE: Brexit to cause a ‘shift of people and assets out of the UK’. 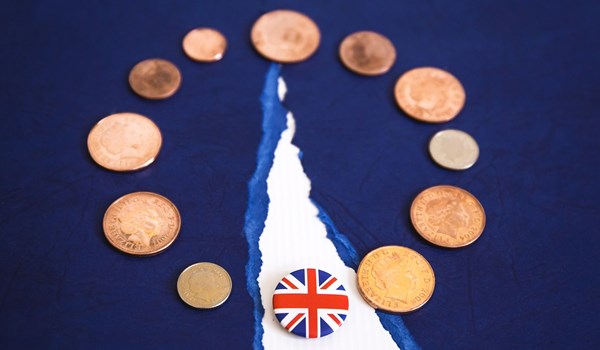 As published on international-adviser.com, Wednesday 24 March, 2021.

The House of Lords has expressed significant concern on the impact that the UK’s exit from the European Union could have on the British financial services industry.
The EU-UK Trade and Cooperation Agreement (TCA) was welcomed by the sector, as it believed it would have suffered harshly under a ‘no-deal’ scenario.

But “significant challenges remain, and negotiations on the shape of the UK-EU relationship on trade in services will continue in the years to come”, the EU services sub-committee said in its ‘Beyond Brexit: trade in services’ report.

This is because the TCA does not include “substantive provisions” on financial services and, if any decisions are to be delayed, this would create an additional period of uncertainty for the industry, compounded with the issues stemming from the covid-19 pandemic.

The agreement states that, on financial services, the UK and EU shall:

The TCA includes a ‘carve-out’ as well, where it allows both parties to adopt or maintain measures “for prudential reasons”.

But industry body TheCityUK said that the agreement and its ancillary texts are “relatively non-prescriptive, leaving much to be determined by the attitudes and plans of the parties”.

The exit from the EU also puts an end to passporting rights, where financial services firms could be regulated in one member state and be able to do business of some sorts in others.

Trade body UK Finance warned that the loss of such rights “sharply narrows the scope for cross-border contracting in EU-UK financial services trade”, as any substitute would be “inadequate” according to the EU Committee.

This, however, creates cause for concern, the House of Lords said in the report.

“The results of the UK’s exit from the passporting regime have included the movement of some activity to the EU and firms facing the challenges involved in navigating different market access requirements in each member state.

“We are concerned that it may, over time, lead to a substantial shift of people and assets out of the UK.”

The EU and UK also signed a joint declaration on financial services regulatory cooperation which includes the commitment to agreeing a memorandum of understanding (MoU) to establish a mutual framework by March 2021.

The MoU is yet to be published.

The sub-committee said: “We welcome the plan for structured regulatory cooperation in financial services, which we hope will be a solid foundation for future UK-EU relations. However, this dialogue will be worth little if it is not based on transparency and trust.

“We urge the government and regulators to pursue as deep a level of cooperation, predictability and information sharing as possible. The government should consult regularly to ensure it is representing the UK financial services sector’s interests and priorities in the dialogue.”

One of the main issues regarding financial services is granting equivalence, meaning that a foreign jurisdiction’s rules are equivalent to domestic ones, an area where the EU seems to be reluctant about, according to the report.

The crux of the problem is that the UK government argues for a outcomes-based approach, whereas the EU would be more favourable to a “line-by-line” replication of the rules.

“We agree that broad positive equivalence determinations would best meet the needs of practitioners in both the UK and the EU, but recognise that in many areas the EU is unlikely to grant these without the UK sacrificing more decision-making autonomy than equivalence is worth.

“While recognising that this remains a unilateral decision, we believe the long-term interest of both the UK and the EU lies in a less prescriptive policy on market access, whether a reformed approach to equivalence or something closer to the non-discriminatory, outcomes-based deference model increasingly favoured globally.”

Lastly, the House of Lords criticised the UK government for not sharing its plans on the future regulatory landscape as the Financial Services Bill, which is currently before parliament, will come into law before the plans are published.

“This is a missed opportunity,” the sub-committee said in the report. “The return of greater powers to UK regulators allows for more flexible and innovative regulation but will require changes to the way Parliament scrutinises the regulations and holds the regulators to account.

“The government and regulators now hold significant power in setting financial services regulation. We welcome the house’s recent decision to establish a select committee on industry and regulators, which is an important step towards bringing greater parliamentary oversight to these decisions.

“However, this new committee’s remit is broad, and its resources are likely to be too limited to undertake dedicated scrutiny of the financial services sector.

“We recommend that the liaison committee considers further the merits of a committee dedicated to scrutiny of the financial services sector.”