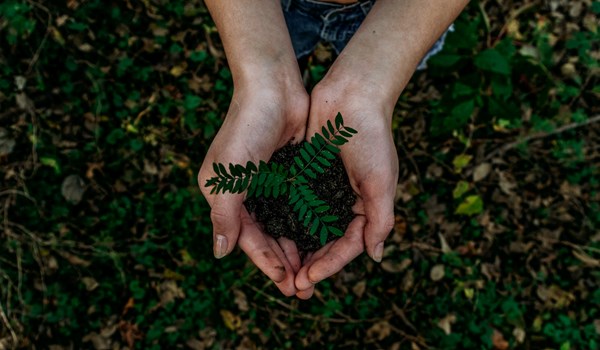 The body tasked with advising the European Commission on possible EU non-financial reporting standards has delivered its final report, with its more than 50 recommendations including an embrace of an inclusive range of stakeholders and double materiality.

The European Financial Reporting Advisory Group (EFRAG) taskforce also said that the first set of standards must meet the needs of recently adopted EU legislation in the field of sustainable finance, in particular the Sustainable Finance Disclosures Regulation (SFDR), as “failing to do so would create major inconsistencies at the heart of the EU’s sustainable finance policy”.

The SFDR, which comes into force on 10 March, introduces new disclosure obligations for asset managers, pension funds, and others, despite there as yet being no corresponding reporting requirements for companies.

The EFRAG taskforce, which was formed last year following a mandate from the European Commission, made 54 recommendations in total. Patrick de Cambourg, president of the French accounting regulator and chair of the taskforce, said the report was the outcome of “collective and intensive work”, and “taken as a whole reflects a large consensus”.

He said the proposals were not be to read as a first attempt at standard-setting, “but rather describe the scope and structure of future sustainability reporting standards that contribute to the achievement of the EU’s policy objectives”.

There should be a “balanced representation” of stakeholders, Gauzès said, involving both the public and private sector and including representatives of civil society, including academics.

Key conclusions highlighted in the EFRAG taskforce’s report include that implementation of the standard-setting roadmap should be realistic, but that the first-time application of the revised Non-Financial Reporting Directive (NFRD) should benefit from a “robust first set of ‘core’ standards”.

The Commission has been reviewing the NFRD, with a proposal to strengthen it planned for April, and it said it would carefully consider the reports as it worked on this.

It said EU sustainability standards were necessary to meet the political ambition and urgent timetable of the European Green Deal, as well as to ensure consistency of reporting rules at the heart of the EU’s sustainable finance agenda.

The Commission also noted that both EFRAG reports recognised the importance of coordinating the development of EU sustainability reporting standards with existing and emerging global initiatives.

Separately, the trustees of the IFRS Foundation today announced the views they had reached on the strategic direction of a new international sustainability reporting standards board.

Their announcement followed a set of meetings held last week, and a supportive public statement from IOSCO.

They said that they ”recognise the importance for the public interest of reporting standards that address enterprise value, which captures expected value creation for investors in the short-, medium- and long-term and is interdependent with value creation for society and the environment”.

Standards issued by the new board would ”provide a globally consistent and comparable sustainability reporting baseline, while also providing flexibility for coordination on reporting requirements that capture wider sustainability impacts,” they said.

According to their update, the trustees have decided that the new sustainability reporting standards board would focus on information that is material to the decisions of investors, lenders and other creditors, and should initially focus its efforts on climate-related reporting, “while also working towards meeting the information needs of investors with regard to other environmental, and social and governance matters”.

They also said the new board would build upon the work of the Task Force on Climate-related Financial Disclosures, as well as work by the alliance of leading standard-setters in sustainability reporting focussed on enterprise value.

The trustes are intending to publish for public comment the proposed changes to the IFRS Foundation’s constitution that will be necessary to formalise the establishment of a new board, including its composition.

The trustees also said they remained on track to make a final decision about a new board before the November UN climate change conference.