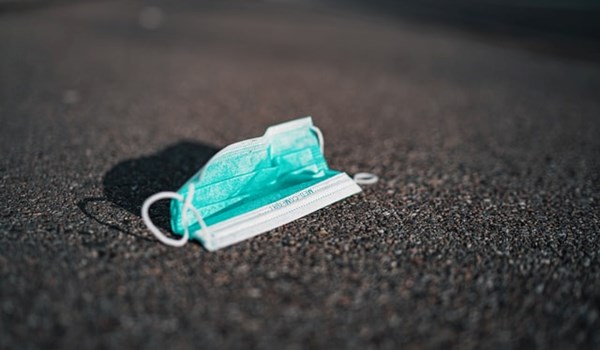 As published on commondreams.org, Wednesday 12 May, 2021.

A new report from Oxfam America out Wednesday details just some of the ways that people in need could benefit should corporate giant Amazon and its mega-wealthy founder, Jeff Bezos, be forced to pay their fair share in taxes.

Despite raking in a record $20 billion in domestic profits amid the Covid-19 pandemic, Amazon's federal tax rate was just 9% in 2020, which is significantly lower than the 22% tax rate paid by the average U.S. worker.

According to Oxfam's calculations, taxing Amazon at the current U.S. corporate rate of 21% would raise an additional $2.5 billion per year, which is enough to provide Supplemental Nutritional Assistance Program (SNAP) benefits to 1.7 million Americans facing hunger.

In addition, a 3% wealth tax on Bezos' $198 billion fortune would yield $6 billion in revenue—enough to provide child care to the 440,000 kids under the age of four in Amazon's home state of Washington.

Finally, a pandemic profits tax on Amazon would generate an additional $11 billion. That's enough to pay for 580 million coronavirus vaccines at the current average cost of $19 per dose, although "prices can and should be far lower than this to make vaccinating the world possible," Oxfam noted.

"This country will never achieve a fair and equitable recovery from Covid-19 if we continue to have a system where corporations and the wealthy get richer while everyone else is left behind," said Gina Cummings, vice president of Alliances, Advocacy, and Policy for Oxfam America.

"This past year has called on all Americans to make unprecedented sacrifices," Cummings added. "But a small number of people—namely corporate CEOs and wealthy investors—have profited in the midst of this pandemic. Even more galling, these same rich companies and wealthy executives have not contributed their fair share in taxes."

Like other corporate giants, Amazon has reduced its tax bill by "taking advantage of loopholes in the U.S. tax code that allow the company to treat rewarding rich executives with stock options as a tax write-off; carrying forward operating losses from years earlier; and parking profits in tax havens," Oxfam explained.

Bezos, now worth nearly $200 billion, has become even more "astronomically wealthy" thanks to Amazon's "skyrocketing profits" in the past year, Oxfam pointed out. In fact, Bezos' riches have increased by $85 billion since the start of the pandemic. With his gains from the coronavirus crisis, Oxfam noted, Bezos could afford to give each of Amazon's 1.3 million workers a $65,000 bonus and still maintain the $113 billion fortune he had prior to March 2020.

Oxfam stressed that President Joe Biden's American Jobs Plan and American Families Plan—the White House's two-pronged approach to improving the nation's physical and social infrastructure while implementing progressive tax reforms—would "go a long way to unrigging the rules" that have enabled so many wealthy corporations and individuals to underreport their income and avoid paying trillions of dollars in taxes.

The American Jobs Plan would increase the corporate tax rate, close offshore tax loopholes, and disincentivize outsourcing jobs. The American Families Plan would increase the marginal tax rate for households with annual earnings above $400,000, raise the capital gains rate for the wealthiest Americans, and provide the IRS with sorely needed resources to crack down on rampant tax evasion.

Both legislative proposals seek to invest trillions to create jobs that confront the climate crisis and to improve child care and other public goods the country needs.

"These proposals are vitally important to curb runaway inequality and ensure that the U.S. tax system rewards work, not wealth. Congress should act swiftly to pass them into law," said Cummings. "But the proposals don't go far enough to address the inequality crisis and fund the essential services that the Covid-19 pandemic requires."

Although Treasury Secretary Janet Yellen has proposed a global minimum tax, Oxfam said that the Biden administration's plan fails to "equalize the tax rate that corporations pay on their U.S. and foreign earnings, which continues to incentivize U.S. companies to offshore U.S. taxes and jobs."

To solve this dilemma, Oxfam said, "Congress must level the playing field by taxing the foreign profits of multinational corporations at the same rate as U.S. profits."

In addition, Oxfam urged lawmakers to enact a pandemic profits tax to ensure that companies, such as Amazon, that profited directly as a result of the pandemic are taxed fairly on their windfall gains. Last August, Sen. Bernie Sanders (I-Vt.) introduced legislation that would levy a 60% tax on the "obscene wealth gains" made by a few hundred billionaires during the pandemic.

With so much of society's wealth controlled by such a small handful of people, Cummings characterized a wealth tax as a "vital tool" to begin to tackle the economic, racial, and gender inequalities that "pervade U.S. society, including in our tax code."