Jersey intermediates £1.4 trillion each year on average, according to new research. 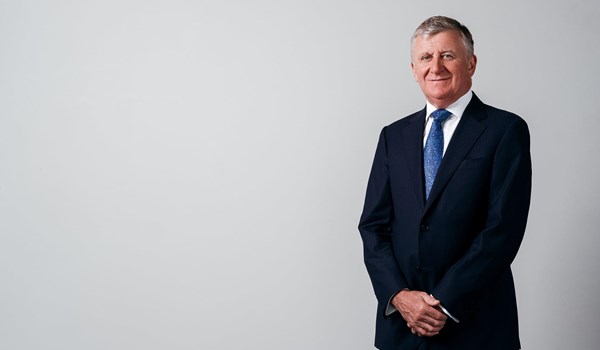 £1.4 trillion of capital is intermediated in Jersey each year on average, supporting £170.3 billion of global economic output, 5.1 million jobs worldwide, and £73.3 billion in associated wages through ‘Global Value Chains’ facilitated by the island, according to new research published today.

The report shows that the United Kingdom is the most significant destination of capital across the period examined (2017 - 2020), while Europe is the most dominant continent, followed by Asia (including the Middle East) and North America.

The value chains facilitated by Jersey’s financial services sector supported an annual average of £62 billion of UK GDP between 2017 and 2020, representing approximately 2.9% of total UK output; a significantly greater share than in any of the regions analysed.

“Capital is pooled in Jersey and subsequently redistributed through value chains,” said Joe Moynihan, Chief Executive at Jersey Finance. “This redistributed capital is utilised worldwide, generating further real economic activity, translating to employment opportunities and wage payments for individuals. Jersey plays a critical role as a facilitator of this economic activity – it improves the ease with which capital can circumnavigate the global economy.”

Since the 1960s, Jersey has been a global destination for the administration of trusts. Each year on average, between 2017 and 2020, the estimated capital administered by the trusts and asset holding vehicles sector – encompassing both private and corporate clients – was £1.14 trillion. This supported 0.20% of global GDP and a scale of economic activity in line with the GVA of Hungary in 2020.

The banking industry in Jersey is another significant component of the economy’s financial services sector, serving markets across the globe. On average, during the period examined, it is estimated that £142.2bn of assets were administered by the sector annually, supporting £14.9 bn of global GDP via value chains.

The research estimates that global employment supported by value chains intermediated in Jersey was 5.1 million on average over the period. The analysis also indicates that on average for every job in Jersey’s financial services sector, the value chains facilitated supported an additional 380 jobs globally.

Owen Good, Managing Economist at CEBR, said: “The figures show that, although Jersey’s GDP is relatively small compared to many nations, the island makes a very significant impact on the global economy. Our research also found that despite the global economic turmoil resulting from the COVID-19 pandemic, the impact on Jersey’s role in supporting global value chains has been limited and that Jersey’s robust contribution looks set to continue.”

The new research quantifying Jersey’s global economic footprint can be viewed and downloaded via this link.