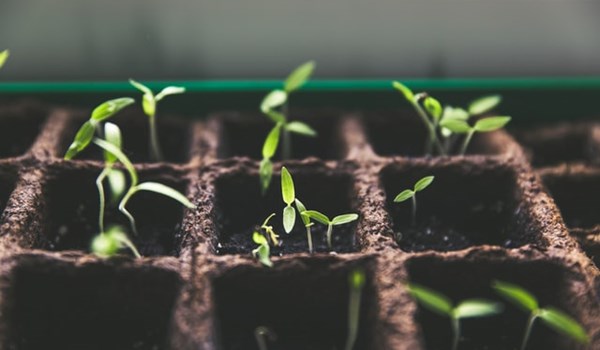 When the 450 institutions that make up the Glasgow Financial Alliance for Net Zero (Gfanz) told this month’s COP26 climate conference they could deliver $100tn to help economies transition to green energy, attention was focused on the banks, fund managers, and insurers that had signed up.

But the signatories also included stock exchanges — signalling an increasing desire by the world’s bourses to play a bigger role in pushing companies to decarbonise.

On the same day that Gfanz was touting its commitments, four exchanges — from South Africa, Mexico, Luxembourg and Hong Kong — signed up to the Net Zero Financial Service Providers Alliance. This is a group of financial services companies committed to the goal of global net zero greenhouse gas emissions by 2050 or sooner, and part of Gfanz. Two other bourses, the London Stock Exchange (LSE) and Singapore Exchange (SGX) became founder members of the alliance earlier this year.

Mark Carney, UN special envoy on climate action and finance — and the driving force behind Gfanz — sees their involvement as key: “Stock exchanges are critical market infrastructure that are essential for investors to manage the risks and seize the opportunities in the climate transition.”

So far, most of the focus on how to finance the transition away from fossil fuels has been on the sources of funding — such as the banks and asset managers that allocate funds to companies that they believe can deliver returns for tens of millions of pension-holders and other investors.

However, stock exchanges’ increasing engagement with the issue is happening not only because they are the platforms on which companies, or issuers, raise some of that capital, but also because of their role in overseeing the disclosures that their listed companies make under regulatory requirements.

Such disclosures have long been financial but are now increasingly tied to sustainability and environmental, social and governance (ESG) factors.

Companies are increasingly reporting on their emissions under recommendations drawn up by the Task Force on Climate-Related Disclosures (TCFD), which provides a framework for companies to issue climate-related financial information.

“The support of stock exchanges for climate related disclosures will help ensure capital is allocated in line with the goals of the Paris Agreement,” Carney has noted.

SGX, which made sustainability reporting mandatory for its companies in 2016, was the only exchange member of the TCFD when the body was first designing its disclosure framework. “Having those early insights into how climate change and reporting would be shaped was helpful in how we approached our market,” says Herry Cho, head of sustainability and sustainable finance at SGX.

Ultimately, pressure on companies to disclose climate data is coming from big investors, such as asset managers and pension funds — which are members of Gfanz. A recent survey by FTSE Russell, a stock index provider owned by the LSE, found that 84 per cent of asset owners globally are “implementing or evaluating sustainable investment considerations” in 2021, up from a little over half, 53 per cent, in 2018.

At an event hosted by the United Nations Sustainable Stock Exchanges Initiative (SSE) at COP26 in Glasgow, Chiara Caprioli, senior business development manager at the Luxembourg Stock Exchange, said: “What we’re seeing is an increase in mandatory disclosures so that investors can allocate funds to the most value-added opportunities — and that includes on sustainability performance and metrics,”

It was not always this way. When the SSE was established in Geneva in 2009 — under the auspices of Unctad, the UN-supported Principles for Responsible Investment and other UN bodies — its co-ordinator, Anthony Miller, recalls a slow start.

“You could find lots of organisations like the standard-setting bodies and the UN engaged with sustainability, but there was sort of a deafening silence from exchanges”, he says. “Yet issuers look to exchanges for guidance for everything, and we felt exchanges should be speaking to issuers on this topic. So, it was a natural role for exchanges to play.”

This prompted the SSE to come up with a template that exchanges could use to get started with the basics of sustainability reporting. Called “model guidance”, it was issued in 2015.

At the time, less than a tenth of stock exchanges around the world were providing guidance on reporting ESG information. This year, 60 of the 114 stock exchanges that the SSE tracks — or 53 per cent of the total — had published ESG reporting guidance for their listed companies, using the model guidance in some form.

Last month, the LSE became the latest to do so. It issued guidance for its companies based on a version of the model guidance on climate disclosure that the SSE had produced in June, in line with the TCFD. This becomes mandatory for some UK companies next year.

Exchange executives acknowledge that there is a risk of fragmentation in the disclosure standards — echoing the concerns that many companies and investors already have about the acronym “soup” of ESG and sustainability standards.

But they believe that bourses can help by working together to drive the standardisation of data. “We don’t have to wait for the standard-setters,” says David Harris, the LSE’s group head of sustainable business. “We have ‘soft influence’ that can be brought to bear on the process.”

Some exchanges in less-developed economies caution that local conditions in their markets must be given adequate consideration as the process continues.

“Standards typically are crafted through a ‘developed world’ lens, and some social and other contextual factors such as the ones we have in South Africa get overlooked,” says Leila Fourie, chief executive of the Johannesburg Stock Exchange. She can trace the exchange’s early engagement with sustainability back to 2005 when it became the first bourse in the world to launch a sustainability-linked stock index. “We need standards that reflect a ‘whole of world’ approach when it comes to standard-setting,” Fourie says.