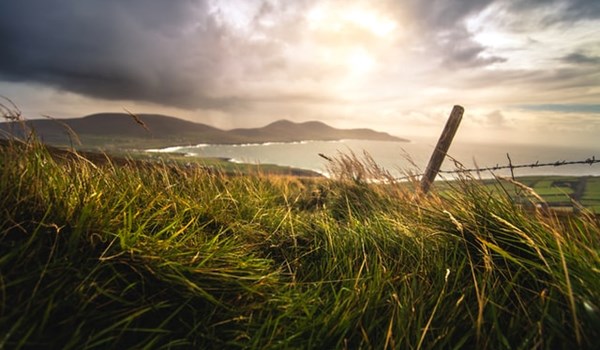 As published on irishtimes.com, Friday 8 October, 2021.

Ireland is being marketed in Russia and other former Soviet republics as having all the benefits of an offshore location while also having an “impeccable reputation”.

Irish limited partnerships, a little known type of registered legal entity, are being promoted as a cheap, opaque, and tax-free way of conducting business by law firms and business consultants in Russia, Ukraine and Latvia.

“We are talking about a classic offshore, but with an Irish residence permit,” the Idea Legal Group in Moscow says on its website in relation to Irish limited partnerships.

“If the activity of the enterprise is entirely concentrated outside Ireland, and the partners are themselves not residents of Ireland, but are tax-free offshore, there are no de facto income taxes,” the firm advises prospective clients.

There has been a surge in the registration of Irish limited partnerships over recent years, with the bulk of the partners coming from British overseas territories such as the Cayman Islands, or the Seychelles, or Eastern Europe.

“You can register a kind of offshore company in Ireland”, according to the Afortis Group law firm, which also has offices in Russia, Ukraine, and Latvia.

An Irish limited partnership is the “optimal solution” for businesses that want a company registered in an EU country “and at the same time have a completely tax-free instrument at their disposal”.

Ireland has an “excellent reputation”, according to the law firm. It is not included on any blacklists, does not provoke questions from the tax authorities of jurisdictions where transactions are being scrutinised, and “is reputable with European banks”.

“Personal presence for registration of an offshore company in Ireland is not required. All necessary actions can be completed remotely.”

According to Ukrainian business, Nexus Financial Consulting, Ireland’s “impeccable reputation will make it possible to use Irish partnerships when doing business with states that pursue aggressive anti-offshore policies”.

The Irish Times has been able to throw unprecedented light on the use of Irish limited partnerships because it has access to the Pandora Papers, a cache of almost 12 million leaked documents from 14 offshore service providers, shared by the International Consortium of Investigative Journalists (ICIJ) with its media partners.

The Pandora Papers is one of the largest investigative journalism projects and involves the collaboration of more than 600 journalists from around the globe.

The ICIJ project has illustrated how offshore-type secrecy arrangements have spread from their more traditional centres in such places as the Channel Islands and the Caribbean, to onshore locations such as the US, and Ireland.

Irish limited partners are not companies but rather registered partnerships designed to allow investors get involved in business ventures, while limiting their exposure to the extent of their investment.

If the business goes disastrously wrong, an investor’s exposure is limited to the size of their investment, as long as they didn’t become involved in the management of the business from which the partnership had hoped to make a profit.

The Pandora Papers show that a number of UK company registration services are involved in presenting large numbers of limited partnerships for registration here using proxy or nominee partners located in offshore jurisdictions.

“In our standard configuration, the [limited partnership] is registered with two members, residents of offshore jurisdictions,” a formations service called Global Advisors says of Irish limited partnerships on its Russian language website.

It is not illegal to register a limited partnership, which has offshore or proxy partners, and it is not being suggested that the formations services that register such partnerships have knowledge of the subsequent use made of such entities by those that control them.

The empty, rented office in central Dublin is used by Company Advice Ltd, and Las International (UK) Ltd, which are linked company services businesses based at 5 Percy Street, London, and Las Fiduciary, an Irish company based in Clifton House.

The partnerships registered at Clifton House mostly use proxy partners in offshore locations, most notably the Seychelles, which is home to Alpha Consulting, a major supplier of offshore services whose files are included in the Pandora Papers.

An analysis of the leaked files by the ICIJ shows that 40 per cent of the beneficial owners of the entities mentioned in the documents leaked from Alpha Consulting, are Russian nationals.

The files show the offshore service billing law firms in Moscow for services provided to clients in respect of partnerships registered by Las International in Ireland and the UK.

There have been a series of scandals over recent years in the UK arising from the use of Scottish limited partnerships (SLPs) and English limited liability partnerships in such activities as huge money-laundering structures (laundromats), arms smuggling, kleptocracy, and fraud.

Controversy over the opaque ownership of thousands of UK partnerships, and their frequent misuse led to a change in UK law in 2017 whereby SLPs now have to declare who has significant control over them.

“Since SLPs were brought into the persons of significant control regime, we saw an 80 per cent drop off in their incorporation,” said Ben Cowdock, Investigations Lead with Transparency International UK. “Scotland really suffered from Scottish limited partnerships being so closely associated with organised crime and corruption.”

Alison Thewliss, a Scottish National Party MP, said Scotland is suffering reputational damage from what is happening with SLPs, but needs the London government to introduce further measures to crack down on their misuse.

“So we are getting the tarnishing of our name for something that has got nothing to do with us. It is UK legislation, but the [LONDON]government is not interested in fixing it.

“There’s fraud, there’s arms [SMUGGLING], there’s shifting money all over the place from kleptocratic regimes, there’s all types of things going on, under cover of [SLPS], which makes it all the more frustrating that nothing is happening,” she told The Irish Times.

In 2019, the Department of Enterprise, Trade and Employment invited submissions on reforming the Limited Partnership Act 1907, which governs the operation of limited partnerships in this jurisdiction.

The submissions received by the Department were mostly focused on the use made of limited partnerships by the Irish venture capital and equity investment sector.

In its submission, the Irish Venture Capital Association (IVCA) said limited partnerships were the “basis of Ireland’s venture capital and private equity industry”.

In the previous 10 years, it said, the sector had resulted in 1,550 Irish small and medium-sized businesses raising venture capital of €5.5 billion, and creating more than 20,000 jobs.

Limited partnerships were commonly found “sitting under” regulated fund structures, providing comfort to investors that “they would not be liable for reckless actions or debts in underlying portfolio companies”, it said.

Irish law has “allowed an industry structure to develop, which is highly dependent on the 1907 Limited Partnerships Act”.

In its submission, the Company Law Review Group noted the significant increase in the number of limited partnerships registered here in recent years.

“The CRO has noted that the vast majority of [registrations in the previous three years] have come from a small group of presenters,” the Company Law Review Group submission said, referring to the service providers who apply for the registration of new partnerships.

“In most cases, the partners being registered do not appear to have a connection to the State, and are based in British overseas territories such as the Cayman Islands, the Seychelles, Belize, and countries in Eastern Europe.”

While the group had no direct evidence as to the actual reasons for the increase in registrations, it said “the increase in limited partnership registrations does not appear to have been matched with a corresponding increase in venture capital funds, investment consortia, or stallion syndicates”.

The surge in the registration of limited partnerships in Scotland, and concerns that the structures there were being misused, was noted by the group in its submission.

The ICVA submission said Irish limited partnerships should be required to have an address in the State, but did not support the suggestion that they should have their principal place of business here.

On the issue of transparency, it said venture capital and private equity financial reporting has developed to a sophisticated level and satisfies the requirements of institutional and professional investors.

The Company Law Review Group was in favour of annual returns being filed that gave the name and address of the partners, the registered office, the place where the central management of the partnership occurred, whether in the State or not, the capital of the partnership, and the financial year-end.

According to Graham Barrow, an expert in the misuse of UK partnerships, one of their attractions has been the veneer of respectability that comes with them, which can be useful when opening bank accounts in the western banking system.

In the section of its website where it speaks about the benefits of Irish limited partnerships, the Idea Law Group says that, “thanks to Irish registration, even with offshore partners [the limited partnership] is free to work with any EU banks”.

The Afortis law firm offers to help clients who register Irish limited partnerships open an account with a fintech operator within 48 hours, in return for a fee of €750.

According to Cowdock, the 2017 reforms requiring Scottish partnerships to declare who their controllers are has not closed the door on their misuse.

“To prevent even more harm being done by these firms it is vital that the British Government brings forward reforms to Companies House to verify information submitted to it, while regulators must crack down on rogue formation agents who mass-produce limited partnerships for questionable clients.”

Las International and Company Advice, who operate out of the 5 Percy Street address in London, are owned, respectively, by a British/Russian accountant called Elena Yael Dovzhik (44), and by London-based Latvian national, Alisa Iurchenko (31).

Partnerships registered at their request in the UK have featured in a number of significant scandals reported in the press over recent years.

In responses posted online, Las International has said it is a regulated company formations agent and registered office address provider that, over the years, has filed more than 10,000 company formation applications to UK Companies House on behalf of clients.

“We are not involved in the business activities of the companies that purchased our services,” it said.

In email responses to The Irish Times about partnerships it has had registered being involved in criminal activity, Iurchenko said Las International collects the know-your-client (KYC) information required under anti-money laundering rules.

“Our clients only declare to us their international business activities for newly-incorporated companies, before their bank accounts are opened and their trading activities start.

“Despite very strict KYC measures in place, unfortunately there’s only so much we can do.”

Because of the lack of public transparency in Ireland in relation to limited partnerships, and the potential risks for Las International’s internal anti-money laundering compliance, “we decided to terminate our services for this type of company”, she said.

The Department of Enterprise, Trade and Employment said it is currently working on the heads of a Bill to reform the limited partnership regime.

Earlier this week, Tánaiste Leo Varadkar said the Government would move to close any tax or company law loopholes that allow people and businesses to use Ireland as a de facto offshore location.

He said that some of the arrangements, revealed in documents as part of the Pandora Papers, would appear to be “dubious” and he said Ireland wants nothing to do with these structures.

“It would appear on the face of it that some of the arrangements that may be routed to Ireland are very dubious. We certainly don’t want to be part of any supply chain that people use to conceal their assets. There is nothing in that for us, we don’t want any part of it.”

He said the Government has initiated a review of tax and company law arrangements starting immediately.