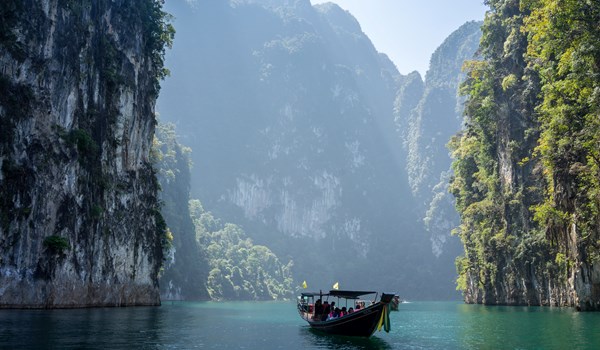 Thailand aims to lure up to 1m wealthy residents and cash in on remote-working professionals uprooted by Covid-19 by offering long-term visas to foreigners who invest $250,000-$500,000 in property or government bonds.

The launch of the visa scheme comes as the pandemic guts Thailand’s tourism industry, hurting business confidence and hitting the baht, which is one of Asia’s worst performing currencies this year.

Thailand is cautiously reopening its biggest island Phuket and some other resorts to vaccinated foreigners, but officials acknowledge that mass tourism is unlikely to return to the record 40m visits recorded in 2019 anytime soon.

To qualify for the 10-year visa, which includes family members, the Thai government said that “wealthy global citizens” would have to invest at least $500,000 in bonds or real estate and prove they had a minimum income of $80,000 per year. Retirees will need to invest at least $250,000 and earn a minimum of $40,000 a year.

Bangkok plans to offer the measures for an initial five-year trial period starting in 2022. During this period, the government said it expected an increase of investment by Bt800bn ($24bn) in the country, as well as Bt270bn of additional tax revenues.

Thailand will join several other countries, including Antigua and Barbuda and Barbados, that are offering tax and visa incentives to attract digital nomads and other high-earning foreigners.

“That said, we need to keep an eye on how the government would change the laws in relation to land and property ownership as well as applicable taxes, as these are major considerations for foreigners looking to stay with a long-term investment in Thailand.”

A government spokeswoman told the Financial Times that the scheme would be put in place only after “further amendments regarding laws and regulations” were made.

One expert on digital nomad visas described the 10-year duration as “a game changer”, but added that its significance would depend on the details, including whether it allowed freelancers who worked for several clients, as opposed to a single employer, to set up base in Thailand.

“That is the holy grail of the true digital nomad: to get a visa that is multiyear,” said Jeff Opdyke, editor of Global Intelligence Letter.

“Overall this [visa scheme] is a positive move, but it remains to be seen if this overhaul will indeed draw the investments the government expects,” Mercer’s Juckchai said.

However, some long-term foreign residents have recently complained about the government’s bungling of its Covid-19 vaccine response and cumbersome entry requirements for residents returning from abroad.

Anutin Charnvirakul, Thailand’s deputy prime minister, angered some expats early in the pandemic when he lashed out at “farangs” (westerners) for being “dirty” and not wearing masks. He later apologised for the remarks, which were aimed at tourists.