ASIA: Islamic banking to continue seeing growth in the South-east. 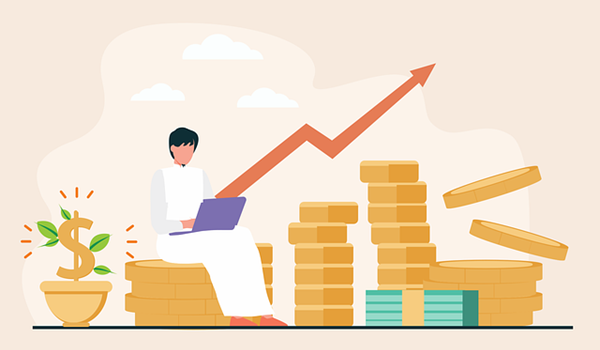 As published on businesstimes.com.sg, Wednesday 31 August, 2022.

Demand for Islamic banking is on an upward trend globally, particularly in South-east Asia – one of the largest markets for Islamic financial services – amid a global increase in awareness of environmental, social, and governance (ESG) investing.

“Islamic banking seeks to promote and create an equitable financial system, as it is premised on the values of fair business dealings – such as transparency, full disclosure of transactions and agreements, zero exploitation, and fair treatment of the customer,” said Norzulkarnien bin Nor Mohamad, Maybank Singapore’s head of Islamic banking.

“This is where Islamic banking is relevant and essential in today’s environment, as we build values-based transactions business models which integrate both ESG and Shariah principles,” he added.

Islamic finance is a major component of the overall Islamic economy, which comprises other aspects including halal products, media and modest fashion. Islamic financing services must comply with Islamic – or Shariah – law.

Roughly a quarter of all Islamic finance assets were concentrated in South-east Asia – making the region the second-largest market for Islamic financing, behind the Gulf Cooperation Council. Both regions have a relatively large Muslim population.

But industry watchers noted that the trend towards sustainability has raised awareness of Islamic financing not just within the Muslim community, but also among non-Muslim investors.

“The sort of responsibilities that come with Islamic financing are more appealing to generations of customers who are conscious about doing good and sustainability, so I think non-Islamic customers are increasingly intrigued by what this means and how it’s different,” said Dan Jones, partner at Oliver Wyman Digital.

Core principles of Islamic finance include avoiding harmful practices and income from non-Shariah-compliant activities such as alcohol production and tobacco. Investments should also benefit the wider community instead of just focusing on returns.

According to Refinitiv’s Islamic Finance Development Indicator (IFDI) 2021, the global Islamic financial services industry is projected to reach US$4.94 trillion in 2025.

Among the big areas of potential in Islamic finance is Islamic bonds, or Sukuk. South-east Asia is the largest market for Sukuk issuances, accounting for 42 per cent of the total volume of Sukuk issuances in 2020.

According to data from Refinitiv, US$21.6 billion in Sukuk proceeds was raised in South-east Asia, across 191 issues, in the 1-year period from July 2021 to June 2022.

ESG Sukuk will likely remain a key issuance theme within the Sukuk market, Fitch Ratings said in a report. It expects ESG Sukuk to make up 5 per cent of the global Sukuk market over the next 5 years, from 2.6 per cent today.

The team added that in countries with a robust appetite for Sukuk, a desire to attract the larger Islamic investor base has driven Sukuk to become the preferred format for ESG products.

Issuers of ESG-linked Sukuk include the Indonesian government, the Islamic Development Bank and Malaysian businesses. Malaysia’s Islamic ESG ecosystem is also one of the most developed among Muslim-majority countries, having issued the first-ever green Sukuk in 2017 and being the first among core markets to issue an ESG framework in 2014.

Social finance is also spurring Sukuk demand, as individuals and corporations increasingly invest in projects that benefit the community.

For example, Malaysia and Indonesia had used Islamic social finance – which are Islamic financial services that use instruments including donations and endowment for social outcomes – as a policy tool to deal with Covid-19, IFSB said.

This includes the Prihatin Rakyat Economic Stimulus Package 2020 in Malaysia, where the government issued Sukuk to raise funds for its economic recovery plan.

The Indonesian government also issued retail cash Sukuk to finance recovery from Covid-19, for use in public projects such as public markets, hospitals and schools.

A shift towards digitalisation is also spurring the Islamic banking industry’s growth.

In 2021, Malaysia allocated 2 of its 5 digital banking licences to digital Islamic banks.

Outside of Malaysia and Indonesia, innovations in the banking sector may also spur interest in Islamic financing.

For example, the Philippines has issued a number of digital bank licences and incentivised companies to innovate and offer different types of financial products, Oliver Wyman’s Jones noted.

“The more technology and investment that goes into the banking sectors, it is possible that we will see more Islamic financing come through,” Jones said.

Growth of the Islamic financing industry in the region is mainly led by Malaysia and Indonesia, amid supportive regulatory environments and strong government support.

The 2 countries ranked top on the IFDI in 2021 for the second year in the row, Refinitiv said.

“The continued innovation in the Islamic banking industry to offer more Shariah-compliant products and the maturity of the regulatory environment will drive the demand and growth for this ecosystem,” added EY’s Seah.

Malaysia has created a “trusted environment where customers can confidently transact”, Seah said, noting that Islamic finance has been in existence in Malaysia for around 40 years.

Malaysia is also the largest Sukuk issuer globally, amid significant corporate participation in the Sukuk market compared to other jurisdictions.

Meanwhile, Indonesia in 2019 created an economic master plan to grow its Islamic economy in sectors such as finance, food and tourism.

Through the master plan, Indonesia, which has the largest Muslim population in the world, aims to be the world’s leading Islamic economy. The country’s Islamic banking sector was worth U$37.7 billion as at the end of the third quarter of 2020.

Elsewhere in the region, Maybank’s Norzulkarnien also expects Singapore will be a bright spot for the Islamic financing market. He said wealthy clients will likely see appeal in the Republic’s status as a global financial hub and its stable political environment.

Making use of Shariah-compliant financial products allows banks and companies to tap a wider range of customers, on top of those that choose Islamic banking exclusively.

“Some of the contracts that come with Islamic banking that are different from conventional banking may better suit the needs of customers,” said Oliver Wyman’s Jones.

Noting that investors around the world are very open to products that give them different types of terms and rates, given rising cost pressures, he added: “Price and profit rates are still absolute driving factors for customers, and the fact that it happens to be Islamic is not really a blocker for a lot of customers.”

Maybank’s Norzulkarnien noted that Islamic financial products are developed with features unavailable in equivalent conventional solutions, such as no compounding of late or overdue charges, capping the interest rate on Islamic financing or loan products, and no commitment fees for credit facilities.

He added: “We are seeing greater awareness and appreciation of Islamic banking among consumers, as they regard them as compelling alternatives to conventional financial products.

“Though the global Islamic wealth management industry remains largely untapped for now, we are positive that it is poised for growth in the near future.”