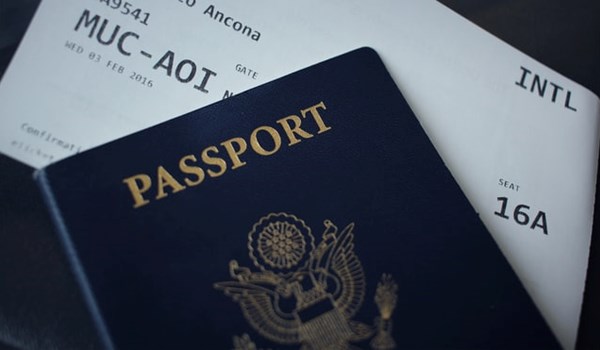 As published on antiguaobserver.com, Tuesday 23 August, 2022.

Antigua and Barbuda has been ranked fifth among 13 countries offering Citizenship by Investment (CBI) programmes, with neighbouring territories Dominica and St Kitts and Nevis topping the most recent international list.

The rating system, according to the report, is “designed to measure the performance and appeal of global citizenship by investment programmes across a diverse range of indicators”, and it uses nine specific criteria referred to as ‘pillars’.

Among these ‘pillars’ are freedom of movement, standard of living, ease of processing, due diligence, and family.

The ease of processing pillar, which – as the name suggests – measures the end-to-end complexity of the application process, is led by Antigua and Barbuda and its four Caribbean counterparts who retain a perfect score of 10 for the sixth consecutive year.

They are joined by Malta and Egypt, who increased their scores from nine to 10.

Antigua and Barbuda also leads the family pillar, alongside Dominica, Grenada and St Kitts and Nevis, all of them retaining a perfect score for their family friendliness.

The report noted the fact that in addition to a main applicant, the countries allow the applicants’ spouses, children under 18 – and over 18 in certain circumstances – siblings, parents and grandparents, along with their spouses, to be included in an application.

With seven points, the twin island nation, along with its Caribbean counterparts, trails Austria and Malta – both Schengen and EU member states – in the freedom of movement pillar, having access to 14 of the 20 ‘key business hubs’ assessed in the 2022 CBI Index.

For standard of living, Antigua and Barbuda, Grenada, Montenegro and St Lucia place fourth with a score of six, with the report noting that they all have similar freedom, gross domestic product (GDP) growth and gross national income (GNI) scores.

It added, though, that they vary with respect to life expectancy, expected years of schooling and relative safety.

They are closely followed by Antigua and Barbuda, Grenada, St Kitts and Nevis and Vanuatu with nine, who all have minimum contributions between US$130,000 and US$150,000.

Antigua and Barbuda trails its Caribbean counterparts in the mandatory travel or residence pillar, with a score of just six, as it both requires applicants to spend a minimum of five days in the country every five years, and to travel to the country (or one of its embassies) to swear the oath of allegiance.

In comparison, Dominica, Grenada, St Kitts and Nevis, St Lucia and Jordan retain perfect 10 scores, as they have no travel or residency requirements, while Austria, Cambodia, Montenegro, Turkey and Vanuatu follow with a score of eight.

“These countries require an applicant to make a single trip to their new country of citizenship, often for obtaining a National ID card or to swear an oath of allegiance,” the report said.

It noted, too, that Antigua and Barbuda’s minimum presence requirements remain temporarily suspended until August 31 2022 due to the Covid-19 pandemic.

The twin island nation also languishes with a score of six in the citizenship timeline pillar, due to its average estimate processing time of between six and seven months.

St Kitts and Nevis retains top position with a perfect score of 10 “due to the Accelerated Application Process where, for an additional fee, an applicant can obtain their citizenship within a maximum of 60 days instead of the standard processing time of approximately three months”.

Dominica and St Lucia, as well as Jordan, Montenegro and Vanuatu score nine in this category, as they offer citizenship within three months, but Grenada falls even below Antigua and Barbuda with five points, “due to feedback that their application processing is presently taking between six and 12 months”, the report stated.

Where the due diligence pillar is concerned, Dominica, Grenada, Malta and St Kitts and Nevis retain perfect scores, due to their “stringent and comprehensive requirements”.

“These four countries all require the provision of either fingerprints or a biometric passport, have robust external due diligence procedures (including on-the-ground checks and/or assistance from international law enforcement agencies, demand police certificates from both an applicant’s country of residence as well as their country of citizenship, expressly ban or require enhanced due diligence on applicants of certain nationalities and require comprehensive supporting information in respect of an applicant’s source of funds)”, according to the report.

Meanwhile, Antigua and Barbuda, St Lucia and Montenegro follow with nine points, with the twin island nation being told it could improve by tightening its police certificate requirements.

And finally, for the certainty of product pillar, Dominica is joined by St Kitts and Nevis with a perfect score, due to the longevity, popularity, renown, stability and adaptability of their programmes.

Antigua and Barbuda and St Lucia follow on seven and eight points, respectively, “due to their popularity with consistently-high application volumes, stability with no caps on the number of applications or specific calls to end their programmes, and adaptability both in respect of changes to keep the programmes function[ing] during Covid-19 and their swift response to the Russian invasion”.

The report also noted that “St Lucia fares slightly better on the reputation score due to the ongoing Choksi controversy the Antigua and Barbuda programme has faced”, referring to Indian-born fugitive Mehul Choksi who attained local citizenship via the scheme and is wanted in his birth land in connection with a major bank fraud.

And with a score of 69, retained from last year, it asserts that “Antigua and Barbuda’s lower score in comparison to the other Caribbean programmes is a result of its five-day residency requirement every five years, as well as its comparatively longer processing time of between six and seven months”.

“A reconsideration of the residence requirement and/or shortening processing times could yield improved scores for this programme going forward,” the report added.