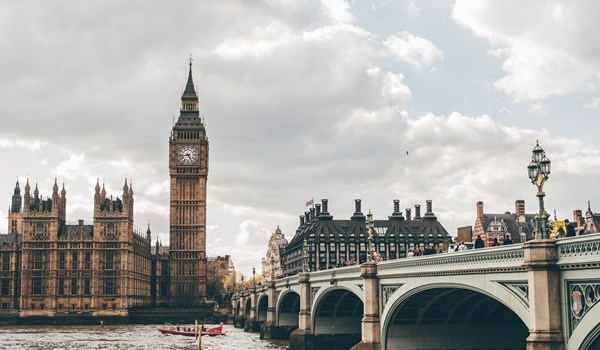 As published on denbighshirefreepress.co.uk, Wednesday 24 August, 2022.

The Government has been warned it is on the brink of joining three other countries on a “list of shame” for repeatedly failing to meet the requirements set out by a global anti-corruption body co-founded by the UK.

The Government was informed it has for the third time in a row fallen short of minimum requirements in its action plan to boost transparency, as set out as a condition of membership by the Open Government Partnership (OPG).

In a letter to the Cabinet Office dated August 2, seen by PA news agency, OPG chief executive Sanjay Pradhan said the Government was now at risk of joining Malta, Malawi and El Salvador in being designated as “inactive” in the body.

An independent review commissioned by OGP, which has 77 states as members, identified flaws in four of five commitments made by the Government in its latest transparency plan.

A pledge to improve the openness of Government procurement processes was described as “promising”.

But the remaining plans to tackle international corruption and illicit finance, develop open justice, improve transparency in the use of algorithms in decision making and make health data more accessible “lacked specific and measurable milestones that would allow detailed analyses of their potential for results”.

It is the third time in recent years that the UK has fallen short of the criteria set out by the OGP, which was established along with seven other countries under the Conservative-Liberal Democrat coalition government led by David Cameron in 2011.

The Government was first notified by OGP in February 2021 that it had been placed under review after the 2019-2021 transparency plan failed to meet the minimum requirement for “public influence and co-creation”.

The OGP has now told the Government it may recommend that the UK is added to the “inactive” list at regional meeting in Rome in October.

OGN chair Kevin Keith said: “In 2011, the UK government was a founding member of the Open Government Partnership and provided global leadership on how and why governments should be transparent, held to account and involve the public in decision-making.

“Now, that very same partnership may declare the UK government inactive – it is a shameful fall from grace.”

Susan Hawley, executive director of research organisation Spotlight on Corruption, said the UK’s reputation as a “clean democracy is on the line”.

She added that civil society had been “repeatedly blanked” when offering to help the Government develop an action plan for restoring public trust in politics, with crucial recommendations made by the Committee on Standards in Public Life and the independent review of the Greensill lobbying affair yet to be implemented.

“The Government needs to take urgent action to show that it takes integrity in public life seriously,” she added.

Rachel Davies, advocacy director at anti-corruption organisation Transparency International UK, said the UK had made some progress on economic crime, for example.

“But this risks being undermined without concurrent action on standards reform,” she said.

A Cabinet Office spokesperson said: “The UK is a founding member of the Open Government Partnership and we continue to strengthen transparency, accountability, civil participation and innovation across government.

“We submitted our fifth National Action Plan in December which outlines a number of commitments, including publishing improved data – from courts and justice outcomes to contracting and public procurement – as well as improving our transparency and accountability across health and social care.

“The plan also states our firm commitment to tackling corruption at home and abroad through our work on beneficial ownership and international illicit finance data.”