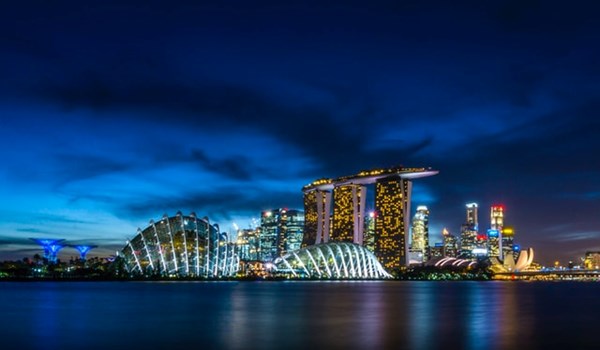 As published on straitstimes.com, Tuesday 23 August, 2022.

Singapore will enhance its value as a hub for trade, technology and talent flow even as economic uncertainties prevail amid an increasingly divisive world, said Deputy Prime Minister and Minister for Finance Lawrence Wong.

Speaking at the launch of Google's third data centre here on Tuesday (Aug 23), Mr Wong said that the tech giant has been Singapore's strong and steadfast partner since setting up shop here 15 years ago.

In particular, Google has worked closely with the Government in tackling the Covid-19 pandemic over the last 21/2 years, helping residents to bridge the digital gap to study and work from home and connect with one another.

"What will the next 15 years look like?" asked Mr Wong rhetorically.

No one can tell, he added. But he said one thing is certain: Friendship will matter more today than in the past for trade and investments.

"Increasingly, there is a new logic at work: Let us be friends first before we do business," he said, describing the world at a turning point.

"Geo-politics is increasingly driving trade and investments. And if this trend were to continue, and it looks likely, then we are heading to a more bifurcated and decoupled world."

But he reminded the 100-plus event attendees at Google's Mapletree Business City II office in Pasir Panjang that Singaporeans are not foreign to such challenges, having dealt with its fair share since the nation became independent in 1965.

There are still opportunities in South-east Asia, where Singapore is well placed.

"In fact, the digital economy in South-east Asia is only just getting started - fuelled by a huge, untapped but fast-growing digital consumer market," he said.

For its part, the Singapore Government will do everything it can to enhance its position as a hub for trade, technology and talent flow, he said.

First, Singapore is pushing on with key infrastructure projects - such as the upcoming future pandemic-proof Changi Airport Terminal 5 and more berths at its fully automated Tuas Port - to capture business opportunities post-Covid-19 pandemic.

Terminal 5 is slated to be completed in the mid-2030s, while three more berths will be added to Tuas Port's existing two berths by the end of the year, PM Lee Hsien Loong said in his National Day Rally speech on Sunday (Aug 21).

"Of course, to be an effective hub, we also have to work with companies like Google to strengthen our tech ecosystem," Mr Wong said.

Google's third data centre brings its total investment on such facilities in Singapore to US$850 million (S$1.19 billion). These centres support the reliable access of its services by 2.5 billion people in the region.

An Oxford Economics report commissioned by Google found that the US firm's data centres in Singapore have generated US$216 million worth of economic activity in 2020.

On Tuesday, Google also launched of a slew of initiatives, including a programme to train 50,000 parents and children on online safety and a partnership with the Government to broaden the use of artificial intelligence tools in finance, sustainability and healthcare.

"We welcome Google as our partner in development," said Mr Wong. "I certainly look forward to growing and deepening this partnership together for many more years to come."