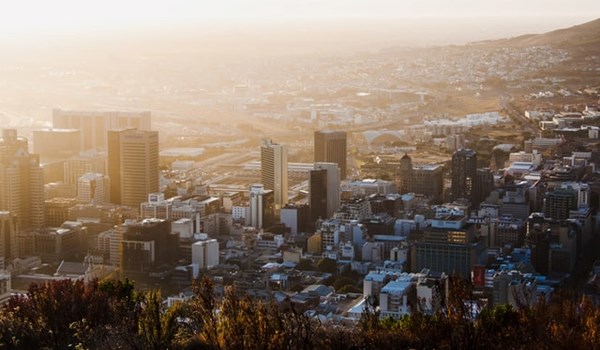 SA should make the R350 social grant permanent and raise taxes to pay for it, says the Organisation for Economic Cooperation Development (OECD), in its latest country survey published on Thursday.

The OECD is an international organisation with an extensive research capacity and undertakes a detailed study of the SA economy every two years. Some 38 countries are members of the OECD, including the US, Germany and the UK.

The study also recommends that once the economic recovery is in place, the National Treasury should reduce government spending, speed up economic reforms to boost growth, and improve workforce productivity by improving living standards. In particular, more should be spent on roads and other infrastructure, which would raise the population's living standards.

But it is the recommendations on the expansion of social welfare and taxation that stand out. They come at a time that the Cabinet is weighing up its decision on the R350 grant, ahead of the tabling of the Medium-term Budget Policy Statement in October. The grant has been in place almost continually since March 2020 and was put in place to cushion the poor against the effects of the Covid-19 pandemic and lockdown.

The survey says the R350 grant has effectively targeted poverty and filled a gap in the social security system, reaching the unemployed for the first time. A permanent grant would cost the government about R42 billion a year and would assist in reducing inequality and increasing social cohesion, which are glaring features of the SA economy.

The Covid-relief grant was highly redistributive and helped low-income households cushion the impacts of the pandemic. An early assessment indicates that Covid-related grants substantially increased the disposable income of the households in the first three deciles, and in particular, by more than 100% for the first decile. The SDR grant seems to play an important role in the overall impact of the relief plan on [the] disposable income of low-income households.
The report says that in the context of limited budget space, the government must strike a balance between increasing already high social transfer spending and increasing social cohesion in a very divided and unequal society.

The OECD says that its recommended reforms would be neutral on the budget. A permanent income grant would amount to about 1% of GDP, and increased expenditure on roads and infrastructure maintenance would cost another 1% and 0,5% of GDP, respectively. This could be funded by broadening the corporate tax base (0.5% of GDP), broadening the personal income tax base (0.5%) and raising VAT by two percentage points.

Not all taxes should be raised, though, says the OECD, and the corporate tax rate, which government plans to reduce to 27%, should be further reduced as it is slightly higher than in the OECD countries. To compensate for this, Treasury should redesign the corporate system, which it says, makes generous allowances for companies to carry forward assessed losses and for interest costs, which reduce the tax take.

A similar approach is recommended for reforms to the personal income tax system. While the tax base is very narrow, it has numerous exemptions and allowances, which benefit higher earners. Tax allowances on fringe benefits should be reduced and tax relief for pensioners abolished. Medical tax credit rebates should be phased out, it recommends. To broaden the tax base, the minimum threshold for income tax should be lowered.

To reduce wealth inequality, estate duties should be raised and exemptions from estate duty for some financial products should be removed.

While public finances have been under immense stress for some time, the Treasury has resisted the temptation to raise personal income tax on the basis that increased taxes on the middle and upper classes have encouraged greater tax avoidance and are an incentive to immigration. The Treasury is also loath to raise VAT, which is politically controversial and is resisted strongly by civil society organisations and trade unions.

But, says the OECD, there is evidence that the wealthy shoulder more of the VAT burden and VAT exclusions, such as on basic food stuffs, have cushioned the poor. VAT in SA "is among the less distortive tax and is less regressive in South Africa than in other countries," says the report. SA has the room to raise VAT, it states.

"The VAT rate is relatively low, and additional VAT revenues could finance spending needs, including the social grant, education or infrastructure. A VAT increase will need to be accompanied by measures to offset negative repercussions on the poor, for instance, as done in the 2018 increase of the VAT rate," it says.

But without stronger economic growth, SA will struggle to improve public finances' sustainability and living standards. To do this, SA must undertake structural reforms and increase productivity by upgrading infrastructure, in particular transport and access to broadband services, lift energy constraints on the economy through increasing supply and improving education