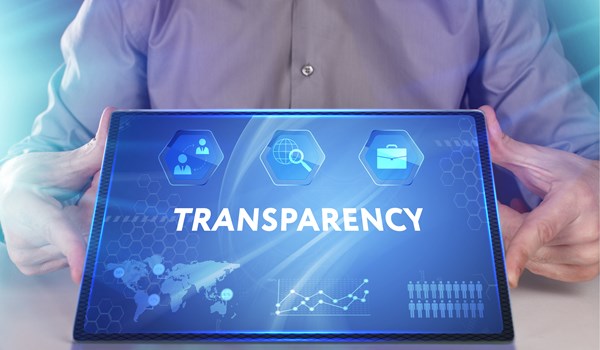 As published on yorkshirepost.co.uk, Monday 15 August, 2022.

New guiding principles for tax transparency are published today, for use by governments internationally, and leaning on the expertise of two Sheffield academics.

Now, amid debates in the race for a new Tory leader which have centred heavily on taxation policy, there are calls for clarity on UK intention - and independent audits for societal gain.

Prof Richard Murphy is from the University of Sheffield’s Department of Accounting and Financial Management.

Alongside Prof Andrew Baker, from the Department of Politics and International Relations, he was approached by the Global Initiative for Fiscal Transparency (GIFT) to help draft the principles.

Democracy is reliant on understanding and yet confusion reigns, argued Prof Murphy, with pledges from both Tory hopefuls Rishi Sunak and Liz Truss that the public doesn't fully understand.

"So much has been said which is very confusing," he said. "We get figures thrown around.

"What we haven't got is an overall understanding of what these two people - or Labour or the Lib Dems - really want the tax system in the UK to achieve for us.

"We need a new era of tax transparency, which starts with a government setting out what it is trying to achieve.

"Tax is the one thing we all have in common," he added. "This really is the biggest, most important debate we can have."

The new guiding principles, published by the General Assembly of the Global Initiative for Fiscal Transparency (GIFT), are supported by the International Monetary Fund, the World Bank and the Organisation for Economic Co-operation and Development (OECD).

The principles set out mechanisms to debate and reflect on tax systems, explained Prof Baker, enabling societies to use them as a powerful tool for dealing with pressing challenges such as climate change, inequality, and maintaining public services.

Setting out frameworks and measures for national governments, it found the UK should require annually published tax policy documentation and independently audited accounts.

Such transparency is essential for societies to hold decision makers to account, it argues, reaching informed judgements on whether systems are working in the public interest.

While most people think of tax as a means of raising money, said Prof Murphy, it holds the power to shape society - encouraging economic activity, home ownership, or discouraging tobacco and alcohol consumption. It can also be used critically to redistribute wealth.

He said: "We need to have some grown up discussions about what we are trying to achieve.

"Tax is one of the most powerful tools we have as to how society is shaped by government. Who do we want to tax - why - for what reason - and expecting what outcome?

"Doing so will improve understanding of the tax system - more people might be willing to pay tax as a result. Democracy is reliant on such understanding.

"This is a tool we can use to make the world a better place. More people pay tax, more people engage in politics. We have stronger, better political systems as a result."