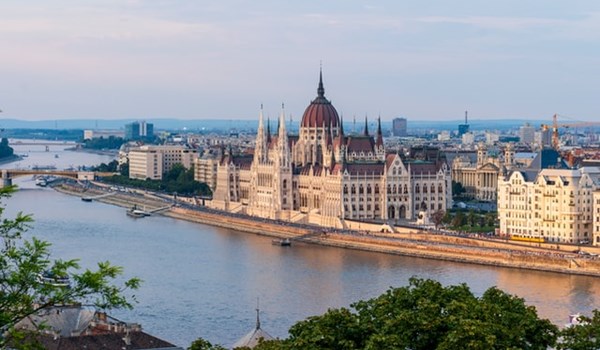 As published on irishtimes.com, Tuesday 6 December, 2022.

The European Union is examining whether just 26 member states can move ahead with a 15 per cent minimum tax rate for multinationals and get €18 billion in promised aid to cash-strapped Ukraine after Hungary vetoed an agreement.

Hungary blocked the promised loan for Ukraine at a meeting of finance ministers in Brussels on Tuesday, widely seen by diplomats as a tactic by Budapest to pressure other EU members to release funding to Hungary that is held up over concerns about its democratic backsliding and the rule of law.

“Hungary is not in favour of the amendment of the financial regulation,” Hungarian finance minister Mihály Varga said in a publicly-broadcast part of the meeting, as he confirmed his government’s opposition to support which would be financed by joint EU borrowing.

Hungary’s opposition meant there was no agreement on the EU’s implementation of an OECD deal to introduce a minimum taxation rate of 15 per cent for large multinational companies across the bloc, leaving the timing for implementation unclear.

The 27 ministers had also been due to consider the fate of €7.5 billion in EU funds for Hungary that have been held up over concerns about rule of law in the country under its long-serving prime minister Viktor Orbán.

But in response to Budapest’s use of its veto, ministers postponed any decision on whether Hungary should receive a tranche of EU Covid-19 stimulus and recovery funds, raising the stakes that Hungary may lose out on much-needed cash.

They have also delayed a vote on whether to agree to freeze 65 per cent of the EU cohesion funds earmarked for Hungary from the EU budget until 2027, a step recommended by the European Commission due to risks posted by corruption.

Taken together, the funds amount to almost 9 per cent of Hungary’s expected GDP for 2022, making the risk of losing out a serious threat for an economy facing an inflation rate of up to 18 per cent as global uncertainty intensifies.

Chairing the meeting under the Czech EU presidency, Prague’s finance minister Zbyněk Stanjura vowed that “we will not be discouraged” and said he was hopeful a solution could be found in the coming days.

He said the EU could begin borrowing already to prepare the funds to be issued to Ukraine in January as promised, and that a solution could be found “supported by 26″, meaning a way might be found to bypass Hungary.

Speaking after the meeting, Dutch finance minister Sigrid Kaag told journalists that the 26 member states should also be prepared to move ahead with the OECD’s so-called Pillar Two 15 per cent tax agreement without Hungary if needed.

“The credibility of the European Union rests with our ability to stand for the decisions we’ve taken,” she warned.

“If you consider a proposal such as Pillar Two, decisions were made earlier. We signed up on them, including Hungary,” she continued. “Here also the 26 if need be – ideally 27 – but the 26 need to move, need to act, need to find ways to move this forward.”

The Kyiv government has appealed for the EU to issue the loan as soon as possible to help it keep the lights on, continue to pay pensions, social welfare, and teachers’ salaries, and run the essential services of the state.

“There are millions of people without water, heat or electricity,” the EU’s trade commissioner Valdis Dombrovskis warned after the meeting. “Ukraine is a country at war, it desperately needs our support, and we just cannot allow one member state delay and derail this EU financial support.”