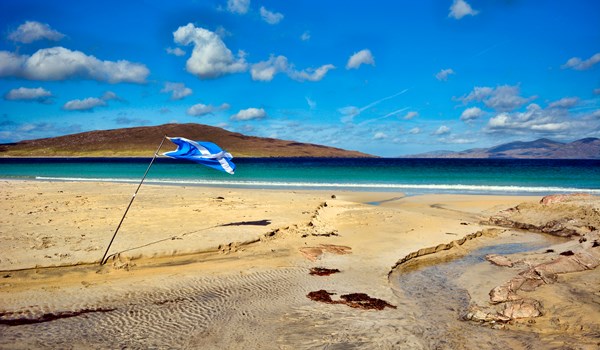 As published on heraldscotland.com, Monday 5 December, 2022.

A new wealth tax could help the Scottish Government raise an extra £3.3bn to fund public services, according to a new study.

A Fairer Taxes for a Fairer Future analysis for the Scottish Trades Union Congress (STUC) outlines how the Scottish Government, under current powers, can raise the additional revenue through income tax reform, a long-term council tax replacement and a new wealth tax.

The report demonstrates how £1.3 billion of reforms could be in place as early as April 2023 to help fund public services and pay.

Taken in conjunction with future wealth, land reform and property taxes, the Scottish Government can raise £3.3bn by 2026 under the current devolution settlement.

The STUC has urged the Scottish Government to “end the excuses” and to “deliver” for Scotland’s workers ahead of the Scottish budget next week The costed plan says that increased investment in the public sector would cut the gender pay gap and boost employment in the sector by up to 9000 jobs. The report follows on from months of industrial action from Scottish unions on public sector pay, terms and conditions.

STUC general secretary Roz Foyer said: “Ahead of the Scottish budget, we’re imploring the Scottish Government to end the excuses and finally deliver for Scotland’s public service workers. Our paper shows them exactly how to achieve that.

“These are costed, bold and progressive plans that need a progressive government to implement them. Devolution cannot be used to deflect. These proposals can be achieved – here and now – with the powers that currently exist to our parliament and we will work with the Scottish Government to achieve them.

“By April next year, we can fundamentally reform income, council and LBT tax in Scotland to raise an additional £1.3 billion. By 2026 this rises to £3.3 billion by introducing targeted wealth, property and land value taxes.

“Our movement has mobilised throughout this crisis, campaigning and winning better pay for workers. We’ve now shown politicians how that can be afforded. The Scottish Government can no longer plead poverty or lack of powers. If not met, they can only plead lack of ambition."

A 1% charge would be made on total household wealth above four different threshold points, ranging from £1 million to £10 million.

The report says that once avoidance is taken into account, 12% of households in Scotland have taxable wealth in excess of £1m.

"The wealth tax has the advantage of good revenue raising potential and being progressive with respect to both wealth and incomes. The main drawback is that it requires updated valuations of property and also valuations of other forms of wealth (including pension funds and physical wealth)," said Mr Reed.

"The requirement for a new administrative system for valuing wealth means that there would be an inevitable delay before a wealth tax could be introduced in Scotland. A timeline from initial proposals in early 2023 to introduction in the 2026/27 tax year seems reasonable."

A further £450m would be raised by replacing council tax with a Proportional Property Tax where households pay a percentage of the value of the property each year.

The PPT reform was originally proposed for England, where campaign group Fairer Share estimated that a tax rate of 0.48% of house value per year for properties in England would raise the same amount as current council tax levels. A Scottish Government spokesman said: “We have already delivered the fairest and most progressive tax system in the UK, while raising extra revenue to invest in public services and Scotland’s economy.

“The Scottish Government is committed to a fairer, more inclusive and fiscally sustainable form of local taxation.

“Decisions on tax policy for 2023-24 will be taken as part of the Scottish Budget on 15 December.”