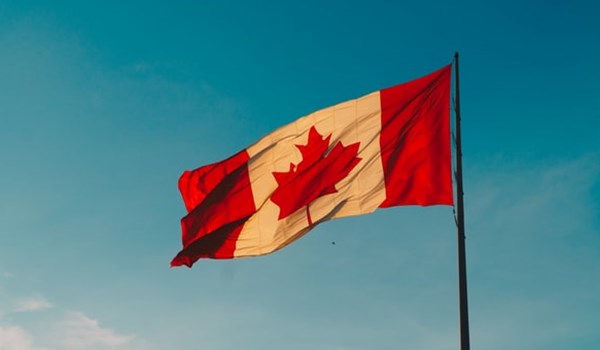 As published on diginomica.com, Wednesday 23 February, 2022.

The Canadian Government is facing criticism from the US Trade Representative's Office (USTR) for persisting with its plans to implement a forthcoming digital services tax, arguing that the country's focus should be on implementing the OECD's recently agreed multilateral plans.

The Canadian Government's Digital Services Tax Act was announced in the 2020 Fall Economic Statement and aims to apply at a rate of 3% on certain revenue earned by large digital businesses that are "reliant on the engagement, data and content contributions of Canadian users".

Canada isn't the only country that has pursued such legislation, with the likes of the UK and Australia making similar announcements. However, the UK, for instance, has said that it will phase out its digital services tax once the OECD's multilateral approach is implemented.

The US has long-opposed such legislation as it clearly targets some of the country's largest technology companies, such as Apple, Google and Microsoft, which make significant revenues from overseas, but benefit from outdated tax systems. However, the US has agreed to the internationally OECD brokered system that is set to be implemented by 2023.

Commenting on the Canadian Government's plans, the USTR said:

"Instead of pursuing a counterproductive unilateral measure that risks encouraging other countries to follow suit thus undermining the ongoing negotiations, Canada can focus efforts on engaging constructively in the multilateral OECD negotiations - ensuring that its unilateral measure proposal is unnecessary and that Canadian interests are protected.

"As Canada is fully aware, the United States has serious concerns about measures that single out American firms for taxation while effectively excluding national firms engaged in similar lines of business. Based on previous communications from the Canadian Government and its officials, the United States understands that the Canadian DST proposal will duplicate most aspects of the DSTs adopted in France, Italy, Spain, Turkey, and the United Kingdom.

"The United States found these DSTs (and others) to be actionable under Section 301 of the United States Trade Act of 1974 and concluded that these DSTs are discriminatory and burden U.S. commerce. Any tax adopted by Canada would be assessed against the same standard."

The US has urged Canada to "abandon" its plans and instead "redouble its commitment" to the implementation of the OECD deal.

In October 2021, more than 135 members of the OECD agreed to a two-pillar solution to address the tax disputes that have emerged globally around multi-national digital corporations paying their fair share. The agreement is broken down into two pillars.

The first phase - or Pillar One - aims to ensure a fairer distribution of profits and taxing rights among countries with respect to the largest and most profitable multinational enterprises. It states:

"It will re-allocate some taxing rights over MNEs from their home countries to the markets where they have business activities and earn profits, regardless of whether firms have a physical presence there. Specifically, multinational enterprises with global sales above EUR 20 billion and profitability above 10% - that can be considered as the winners of globalisation - will be covered by the new rules, with 25% of profit above the 10% threshold to be reallocated to market jurisdictions.

"Under Pillar One, taxing rights on more than USD 125 billion of profit are expected to be reallocated to market jurisdictions each year. Developing country revenue gains are expected to be greater than those in more advanced economies, as a proportion of existing revenues."

Pillar Two, which aims to be phased in by 2023, introduces a global minimum corporate tax rate set at 15%. The new minimum tax rate will apply to companies with revenue above EUR 750 million and is estimated to generate approximately $150 billion in additional global tax revenues annually.

The OECD adds that the agreement will stabilize the international tax system and will increase tax certainty for taxpayers and tax administrations.

Commenting on the agreement at the end of last year, OECD Secretary-General Mathias Cormann said:

"[The] agreement will make our international tax arrangements fairer and work better.

"This is a major victory for effective and balanced multilateralism. It is a far-reaching agreement which ensures our international tax system is fit for purpose in a digitalised and globalised world economy. We must now work swiftly and diligently to ensure the effective implementation of this major reform," Secretary-General Cormann said."

Digital services taxation has been a contentious issue for years, with the US pushing back on legislation in individual regions and seeking to protect the interests of its tech giants. Now that an OECD agreement has been reached and is moving towards implementation, that is a sign of progress and should be the priority. International tax systems aren't fit for the digital economy and I believe only a multinational approach will work over the long-term.