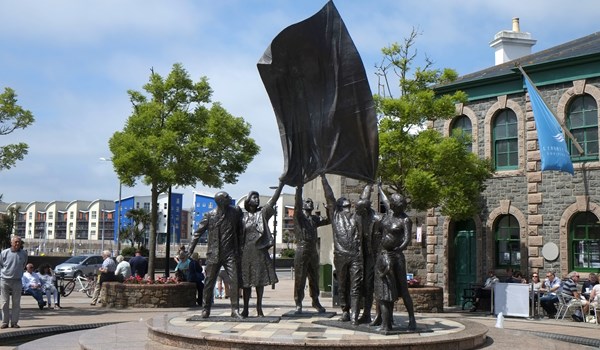 As published on internationalinvestment.net, Thursday 3 February, 2022.

The new Jersey Resolution Authority (JRA), aimed at minimising the impact of bank failure in the Island and ensuring that public funds are protected, has been formally established.

The JRA became an independent legal entity on Monday 31 January, the Jersey Financial Services Commission said in a statement on 1 February.

The regulator said it will play a key role in "upholding Jersey's status as a leading international finance centre" by:

The JRA will set the strategic direction of work on bank resolution, oversee the exercise of its legal duties and obligations, and help raise the international profile of Jersey among international counterparts.

The JRA will work with banks and its international counterparts to plan for and, if necessary, administer the resolution of banks. It will share an indicative timetable of its plans with banks in May.

Mike Mitchell, Chair of the JRA said: "The establishment of the JRA is an important step forward for Jersey. Implementing a resolution regime will bring the Island in line with other established regulatory regimes across the world and should ensure that the Island's economy and taxpayers are protected from the effects of any bank failures in the future.

"We are determined to implement a regime which is robust, true to the spirit as well as the letter of the legislation, and also proportionate to the risks and nature of Jersey's banking industry."

The JRA has been established under the Bank (Recovery and Resolution) (Jersey) Law 2017 and is accountable to the Minister for External Relations and Financial Services, Ian Gorst.

Gorst said:"The Jersey Resolution Authority will play a central role in mitigating the risks of bank failure and, through its world counterparts, will uphold Jersey's position as a cooperative jurisdiction at an international level.

"It protects Islanders and the customers of Jersey banks, and further supports our modern banking centre. I am delighted that the States Assembly has approved the legislation to bring the Jersey Resolution Authority into force and commend the work of everyone involved in its establishment."

Joining Mike Mitchell on the JRA Board are Katherine Hitchins, independent director, Monique O'Keefe, deputy chair of the Jersey Financial Services Commission (JFSC) and Jill Britton, interim director general of the JFSC. Martin Edwards has been appointed as Head of the JRA.