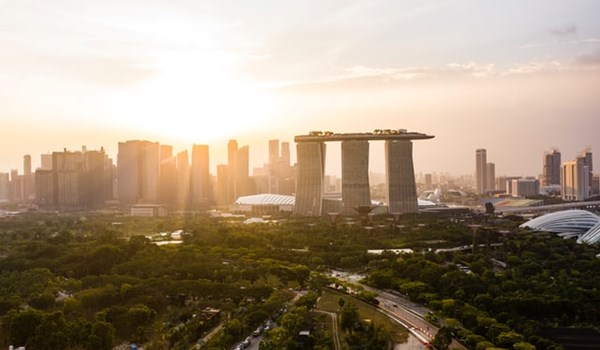 Singapore, stuck between the need to raise tax revenue and a desire for "greater progressivity" in its tax regime, eyeballed a wealth tax and … punted it for further study.

Minister of Finance Lawrence Wong delivered the budget speech to Parliament Friday, saying it was important that "those with greater means contribute a larger share."

"Ideally, we would want to tax the net wealth of individuals. But such a tax is not easy to implement effectively. Estimating wealth accurately and fairly is a more complex exercise than estimating incomes. Further, many forms of wealth are mobile," Wong said.

"We will continue to study the experiences of other countries and explore options to tax wealth effectively. In the meantime, we will strengthen our current system of taxes," he said.

That doesn’t mean Singapore’s wealthy will walk on paying their share of the city-state’s growing needs.

Starting from 2023, non-owner-occupied homes will face a property tax rate of 12 percent to 36 percent, rising from 10 percent to 20 percent previously, according to the budget.

For owner-occupied properties, for the portion of the annual value which is greater than S$30,000 ($22,315), the property tax rate will rise to 6 percent to 32 percent, form 4 percent to 16 percent previously, according to the budget. The annual value of a property is the estimated gross annual amount of rent the property would fetch if it were rented out. That’s expected to raise S$380 million ($282.66 million) in tax revenue annually, Wong said.

In addition, income taxes will be raised.

Taxes on luxury cars will go into effect nearly immediately. That will be implemented via an additional registration fee (ARF) of 220 percent of the portion of the open market value of the car which is above S$80,000, the budget said. The new tax is expected to generate an additional S$50 million in annual revenue, Wong said. That assumes, of course, the wealthy don’t switch to economy cars.

UK: Brexit triggers surge in b…