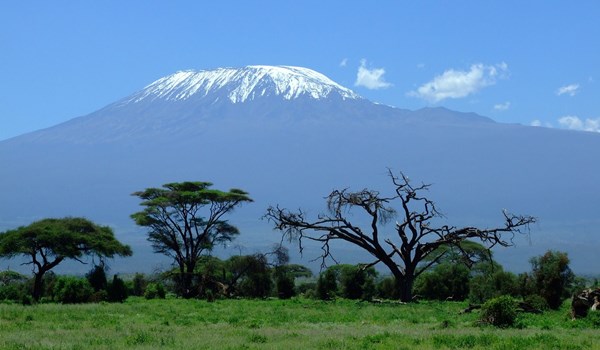 As published on businessdailyafrica.com, Monday 3 January, 2022.

Moi-era billionaires named in the Kroll Report face fresh scrutiny over offshore assets after Switzerland announced it is finalising a deal to automatically exchange secret financial information with Kenya.

Under the new deal, Swiss banks will pass on details of accounts operated on behalf of Kenyan clients to the Swiss authorities who will then channel this information to Kenyan authorities.

The deal is seen as a major breakthrough in dismantling the once-fabled Swiss banking secrecy that lured the Moi power men to hide their assets for years to escape scrutiny from authorities.

It is expected to offer a rare window into the secret haul of hidden wealth by the Moi-era power men.

It is part of a revamped and wider offshore scrutiny of proceeds of sleaze and assets that corrupt Kenyans have hidden in the European country’s banks.

"With the introduction of the automatic exchange of information with emerging market and developing economies, Switzerland is committed to international standards to combat financial crime, tax evasion, money laundering and corruption," read a statement from Swiss officials on the deal.

Retired President Mwai Kibaki hired Kroll Associates in 2003 to track and repatriate funds stashed abroad by business people and top public officials in the Kanu regime, but findings have never been made public even after whistleblower site WikiLeaks published the explosive report in the run-up to the 2007 General Election.

Kanu operated a 40-year totalitarian administration until Mr Kibaki-led Narc dislodged it from power in the 2002 General Election.

The Swiss pact with Kenya is scheduled to take effect on 1 January 2023, and the first exchange of data should be in 2024, according to Swiss authorities.

"The consultation will last until 18 March 2022. The (Swiss) Federal Council plans to submit the dispatch on the introduction of the AEOI with (Kenya) to (Swiss) Parliament in autumn/winter 2022," they said.

Switzerland has in recent years been bowing to massive international pressure — regulatory, judicial and political — to clean up its banking system.

The fabled secrecy that Swiss banks used to provide — and which was key to its attractiveness as a financial centre — has been cracked open and replaced by a more nebulous form of confidentiality and privacy, the full details of which still need to be hammered out in international agreements.

These measures are part of a worldwide crackdown on offshore finance and tax evasion, and Switzerland has little option but to comply.

In September 2007, then government spokesman Alfred Mutua (now Machakos governor), confirmed that the government had received the Kroll Report in 2004.

The Ethics and Anti-Corruption Commission (EACC) as well as its predecessors are yet to pursue those named and recover the loot.

"We even engaged the services of people like Kroll Associates and they told us that we lost so many billions. Kenyans were excited that all that money will come back. But what happened?" asked former Finance minister Amos Kimunya (now Majority Leader and Kipipiri MP) during a parliamentary debate on August 23, 2011.

The Kroll Report said that Philip Moi had assets worth £384 million (Sh58.7 billion at current exchange rate) while his brother Gideon Moi (now Baringo senator) was reported to be worth £550 million (Sh84 billion).

According to the Kroll Report, Mr Kulei allegedly owns several palatial residences in London "where his children go to school", giving addresses such as 19 Eaton Park, Cobham, Surrey, Flat 11, No49 and Lowdnes Square London.

Transnational Bank that has since been bought by Nigerian lender Access Bank was accused of being the launder of stolen cash to the tune of Sh13 billion to overseas accounts, according to the Kroll Report.

The world’s wealthiest are among the most avid users of offshore companies, a new cache of documents known as the Pandora Papers recently showed, and they turn to tax and secrecy havens for a variety of reasons.

The vast trove of documents referred to as the Pandora Papers, named President Kenyatta and members of his family among dozen world leaders as secretly owning a network of offshore companies.