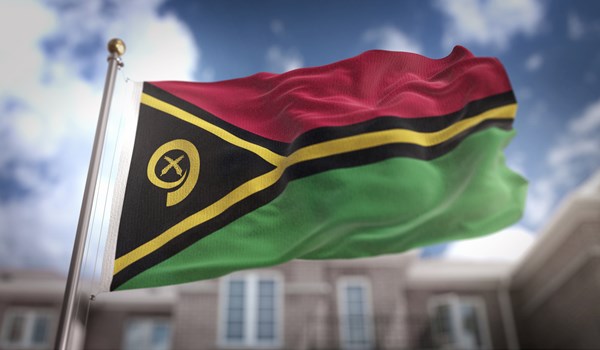 The European Commission has proposed a suspension of a visa-free travel agreement with the Pacific archipelago of Vanuatu because of the nation's scheme offering passports to rich foreigners.

The proposal was announced on Wednesday local time. If it is backed by EU states, it will be the first time the EU has imposed sanctions on a country for running "golden passport" schemes.

The commission has repeatedly warned the scheme could pose security and money-laundering risks.

Under the scheme, foreigners can obtain Vanuatu citizenship and a passport in exchange for a minimum investment of $US130,000 ($178,000).

That in turn gives them visa-free access to the EU under a visa-waiver agreement the country has with the 27-nation bloc.

The lucrative "cash for passports" scheme helped keep Vanuatu's economy afloat when the pandemic hit and the country's tourism industry was on its knees.
In 2020, the citizenship program accounted for 35 per cent of the government's revenue.

"A lot of the [citizenship] enquiries and why the clients have been contacting us is to be able to travel in Europe," Ms Boudier told the ABC.

"I personally think it's very serious."

"Especially in COVID times, the Vanuatu economy is almost solely being propped up by the citizenship program," Mr Craig said.

"For the EU to be looking at such a suspension right now, in a fragile, small South Pacific country, on the grounds that they've given, we think it's pretty poor form."

"If I was in the finance and economic management department of the government I'd be very stressed right now about how we can afford to pay doctors and nurses and keep hospitals open," he said.

The commission has proposed suspending visa-free travel for all holders of Vanuatu passports released since May 2015, which is when the investor program started to operate in earnest in the country.

The moratorium would be lifted if the program was properly amended.

The EU executive said the scheme was risky because it essentially accepted all applicants and did not sufficiently screen them, despite some appearing in Interpol's security databases.

Tess Newton-Cain, the project lead at the Pacific Hub for the Griffith Asia Institute, said one issue the commission had raised was that citizens from countries that were not granted visas into the EU, were using a Vanuatu passport to enter instead.

"They seem to have a concern that these these passports, the Vanuatu passports, are allowing people to do an end run around a process that they would otherwise fall foul of," Dr Newton-Cain said.

Vanuatu's embassy in Brussels was not immediately available for comment.

The commission said it was monitoring countries with visa-free access to the EU which were effectively operating or planning to set up investor-citizenship schemes, including Caribbean and Pacific islands and eastern European states Montenegro, Albania and Moldova.

Most EU states have their own schemes offering passports or visas to wealthy foreigners, but the commission considers most of them in line with EU rules, with the exception of programs set up by Cyprus and Malta.

Both states are facing legal challenges from Brussels which require them to change the programs or stop running them to avoid the risk of a fine.