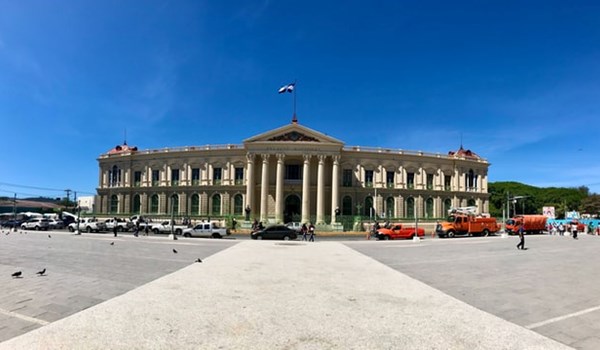 As published on internationalinvestment.net, Thursday 27 January, 2022.

The International Monetary Fund is urging authorities in El Salvador to curb Bitcoin usage by removing its legal tender status after its pioneering adoption of the digital currency in September last year.

"[IMF directors] urged the authorities to narrow the scope of the Bitcoin law by removing Bitcoin's legal tender status," according to a statement, stressing larges risks to financial stability, financial integrity, and consumer protection and from the issuance of bitcoin-backed bonds.

Although the IMF supported Bukele's goals of improving financial inclusion, it warned about the high levels of volatility - bitcoin has lost nearly half its value since peaking at more than $67,000 in November.

But deVere Group chief executive Nigel Green said: "Of course, the situation in El Salvador needs to be monitored extremely carefully and every precaution must be taken to ensure the Bitcoin rollout truly benefits the population.

"But the IMF asking a pioneering sovereign nation to drop a future-focused financial policy that attempts to bring it out of financial instability and a reliance on another country's currency shows the institution to be on the wrong side of history.

He added: "Bitcoin is the world's largest digital currency -- and digital is the inevitable future of money.

"This is why more and more institutional investors, household name investors, Wall Street giants and multinational corporations are all sensibly, increasing their exposure to crypto and bringing with them capital, reputational clout and expertise.

"They understand and value the key characteristics of Bitcoin and cryptocurrencies are designed for this century and, therefore, are growing in appeal.

Green further said: "These include that they're borderless, making them perfectly suited to a globalised world of commerce, trade, and people; that they are digital, making them an ideal match to the increasing digitalisation of our world; and that demographics are on the side of cryptocurrencies as younger people are more likely to embrace them than older generations.

"For the IMF not to recognise this is baffling."

He continued: "Is the IMF scared of the future of finance? Why do they continue to want to pile on debts to poorer countries that they know are unlikely to be able to repay using traditional currencies? Is the IMF worried about the domino effect of nation-state adoption that might weaken their dominant global influence? If so, is this a warning shot to those countries?"