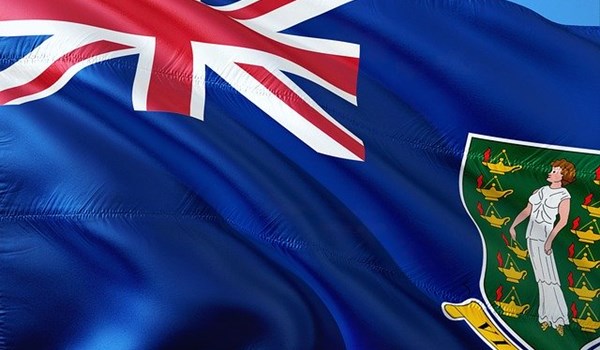 As the Virgin Islands continues to prepare for the Fourth Round Mutual Evaluation next year from the Caribbean Financial Action Task Force, more than 70 representatives from government agencies and statutory bodies were trained in the assessment process last month.

Members of the International Monetary Fund educated participants about the evaluation process during a two-day programme that started June 27, government announced last week.

The training explained money-laundering and terrorist-financing risks and demonstrated how to comply with FATF standards, according to government.

The Mutual Evaluation — which is based on the FATF’s International Standards on Combating Money Laundering and the Financing of Terrorism and Proliferation — will assess the effectiveness of the VI’s anti-money laundering and counter-terrorist financing systems.

If the VI performs poorly, it could risk being put on a “grey list” of jurisdictions facing enhanced monitoring, potentially affecting the VI’s global reputation.

The CFATF, a group of 25 Caribbean jurisdictions, is responsible for regionally implementing standards set by the Paris-based FATF that are aimed at combating money laundering and terrorist financing.

The VI was deemed “largely compliant” during the Third Round Mutual Evaluation that it underwent in 2008. In the fourth round evaluation, the VI will be assessed on expanded and updated criteria, FSC Deputy Director Alva McCall said at a BVI Finance event in March 2021.

A related site visit and final report were postponed due to Hurricane Irma, Ms. McCall explained.

In 2008, she added, the mutual evaluation team reviewed the VI’s legislative framework surrounding the FATF’s then-“40 plus nine” recommendations for combating financial crime, which originally were drawn up in 1990 and were revised most recently in 2012.

The 2008 review “was instrumental in identifying the existing deficiencies of the territory’s AFL/CFT framework at that time,” Ms. McCall told the Beacon in 2021. “The fourth round goes one step further in evaluating the current effectiveness of the territory’s AML/CFT measures.”

The task force’s evaluation could have major consequences for the VI’s reputation on the world stage. As a result of its mutual evaluation reports, the FATF keeps a blacklist of “high risk jurisdictions” — which currently includes only North Korea and Iran — and a grey list of “jurisdictions under increased monitoring,” which includes 23 countries and territories.

During this month’s trainings, Premier Dr. Natalio “Sowande” Wheatley, who serves as the chairman of the National Anti-Money Laundering Coordinating Council, reminded practitioners that they are the territory’s front-line defence against illicit activity and the guardians of its reputation.

“My government recognises the central role the Virgin Islands plays in international finance, the obligation we owe ourselves to maintain a clean and stable society, and the responsibility of cross-border cooperation we share with other countries and territories,” he said, adding, “You are well-positioned to protect the financial perimeter of this territory by doing all that is necessary to deny persons engaged in financial crime from finding sanctuary within our midst.”

In recent years, the VI has strived to remain off various international lists related to tax transparency and anti-money laundering measures.

However, it was already added to one grey list this year. In February the European Union added the VI, along with nine other jurisdictions, to the ranks of those deemed to have fallen short in meeting EU tax standards. In the VI’s case, the EU criticised its implementation of the country-by-country reporting minimum standard, which requires multinational enterprises operating in the territory to submit a report annually on their global activity.

Although the inclusion does not mean that any penalties or sanctions will be levied against the territory, according to the EU, the list reflects “ongoing EU cooperation with its international partners and the commitments of these countries to reform their legislation to adhere to agreed tax good governance standards.”

The FATF, meanwhile, issued its latest updated list in June. The only FATF blacklisted jurisdictions remain Iran and North Korea. Additionally, 23 grey-listed jurisdictions are “under increased monitoring” and are “actively working with the FATF to address strategic deficiencies in their regimes,” the FATF stated in the announcement.

Even if a jurisdiction does end up on the FATF grey list, the task force said it “does not call for the application of enhanced due-diligence measures to be applied to these jurisdictions, but encourages its members and all jurisdictions to take into account the information presented below in their risk analysis.”

Several FATF grey-listed jurisdictions are in the Caribbean, including Jamaica, Barbados, Haiti and the Cayman Islands, which was added in 2019 after its mutual evaluation report identified two main shortcomings.

The FATF requested at the time that Cayman place sanctions on certain financial institutions for AML breaches and show that the territory penalises anyone who does not provide accurate up-to-date beneficial ownership information.

The FATF, however, stopped short of echoing the United Kingdom’s call for public registers of beneficial ownership, which the VI and other overseas territories have agreed to work toward implementing.

In January, the EU updated another list of high-risk countries with deficiencies in their anti-money laundering regimes. The Cayman Islands was included in that EU list, but the VI was not. Among Caribbean jurisdictions, Barbados, Haiti, Jamaica, and Trinidad and Tobago are also on the list.

This list is separate from FATF’s, but there is overlap between the two lists, and in 2020 the EU vowed to revise its blacklisting criteria to more closely align with the FATF.