ANTIGUA: Government questions US legislation on Citizenship by Investment Programme. 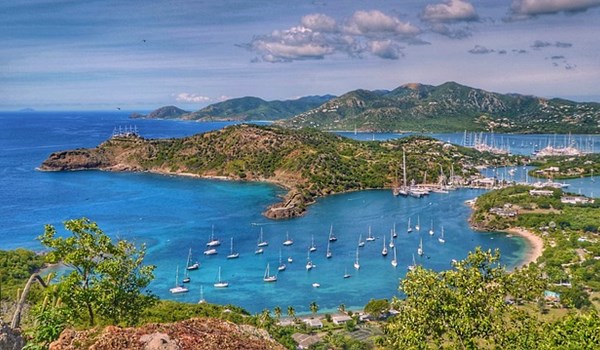 As published on jamaicaobserver.com, Wednesday 9 March, 2022.

WASHINGTON, CMC – The Antigua and Barbuda government Wednesday questioned legislation before two Committees in the United States House of Representatives regarding the Citizenship by Investment Programmes (CBI).

On March 3, three United States (US) legislators introduced the “No Travel for Traffickers Act” designed to penalise countries that operate CBI programmes, including revoking their eligibility for US visa waivers and by working with the United Kingdom and the European Union to eliminate visa-free travel in the Schengen area.

Antigua and Barbuda is one of several Caribbean Community (Caricom) countries as well as those in Europe and North America that operate CBI programmes which they say play a significant role in their government's earnings and in their gross domestic product.

Several Caribbean countries use the CBI to provide citizenship to foreign investors who make a substantial investment in the socio-economic development of their countries.

In a letter to the members of the House of Representatives Committees on the Judiciary and Foreign Relations, Antigua and Barbuda's Ambassador to the United States, Sir Ronald Sanders, said that St John's “fully agrees that measures should be taken against any country whose government abuses its citizenship and residential programmes, such as the US EB-5 Immigrant Investor Programme, to allow criminal activity of any kind”.

He explained that it is because “Antigua and Barbuda strongly opposes the abuse of citizenship and investor programmes” that he thought it appropriate to clarify that his country's programme “ensures no abuse by criminals, no opportunity for human trafficking, and no tolerance for any person who may pose a threat to our neighbours, such as the US, or to the global community, or ourselves”.

The Act was introduced to the US House of Representatives by Congressmen Burgess Owen (Utah), Steve Cohen (Tennessee) and Tom Malinowski of New York.

In introducing the Act, the Congressmen claimed that “these schemes require little vetting and are notoriously abused by human traffickers, international criminals, and corrupt oligarchs. Russia is one of the world's worst offenders when it comes to using these golden passport schemes as a backdoor into other countries.''

In his letter to the members of the two Committees, Sir Ronald said, “when the Russian Federation invaded the sovereign state of Ukraine, my Government immediately banned all Russians and Belarusians, whether or not on a list of persons subject to sanctions, from being considered for access to our Citizenship by Investment Programme.

“That policy position was taken on March 4th and communicated to all agencies concerned with the Programme. It has been strictly enforced by the Police, Immigration Control, and the Citizenship by Investment Unit”.

The Antigua and Barbuda Ambassador also told the US House Representatives, including the three who introduced the Act that “every person who applies for consideration under our Citizenship by Investment scheme is subject to several layers of intense investigation.

“These include but are not limited to: a police report from their country of origin and their country of residence; clearance from INTERPOL that they are not wanted by any country in the world and are not fugitives from justice; and a full review of their financial background, companies and businesses with which they have been associated by international due diligence companies”.

The Antigua and Barbuda diplomat said therefore, “it would not be correct to suggest that the Citizenship by Investment Programme in Antigua and Barbuda “require(s) little vetting” or that it is “abused by human traffickers, international criminals, and corrupt oligarchs” as is suggested by the three Congressmen.

In offering to provide any further information, including by testifying before the US House Committees, Sir Ronald urged the US Congressmen to “examine carefully the operations of the Antigua and Barbuda Citizenship by Investment Programme before taking legislative action that would be extremely harmful to a consistent ally of the United States even before the independence of both our countries.”

CITIZENSHIP AND RESIDENCY: An…