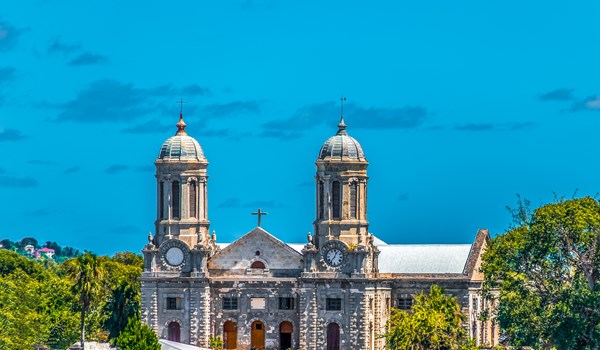 As published on antiguaobserver.com, Monday 7 March, 2022.

Amid concerns that Russian nationals could be looking for safe havens to escape the scrutiny from the Ukraine invasion, political analyst, Peter Wickham, said that it is important for Antigua and Barbuda to secure its entryways.

The Citizenship by Investment Programme (CIP) allows wealthy foreign nationals to acquire Antiguan and Barbudan citizenship, and it includes a due diligence process that has been called into question in recent times.

In order to dispel any unwanted Russian interest, Wickham said that it is important for that due diligence process to be as effective as possible.

“It is possible that as their borders close and the situation gets worse, maybe some of them might start to look for citizenship opportunities elsewhere. Hopefully, Antigua and Barbuda will do the due diligence required…I personally think it’s a good idea to exclude such persons,” Wickham explained to Observer.

Last week Friday, the country’s Ambassador to the United States, Sir Ronald Sanders, revealed that Antigua and Barbuda would be complying with international sanctions on Russians, also disclosing that he has requested the “most up-to-date” US list of sanctioned persons and companies to that end.

And in light of the ever-increasing sanctions against Russia, Wickham added that it would be wise for Caribbean nationals – including Antiguans and Barbudans – residing in that country, to leave as soon as possible.

“Life is probably going to get hard in Russia, and I believe they will have a policy to take care of their own first…I suspect that shortages would begin to hit and it will be wise for other nationalities to make their way home,” he added.

All this comes as the Citizenship by Investment Unit announced that it will not be accepting nor processing any new citizenship applications originating from Russia, Belarus or Ukraine.

The CIU said it has been advised by its due diligence providers that – due to the ongoing situation in that region – their ability to conduct investigations has been “severely affected.”

These investigations, of course, are a key element of the assessment process, and can be the difference between a foreign national being approved or denied.

And in addition to the impact on due diligence, the CIU revealed that processing transactions from those territories has been “severely constrained within the banking system.”

The statement suggested, though, that these measures are not set in stone, advising that further information will be provided as the situation changes.