US: Biden pushes 15% minimum tax for corporations in his State of the Union address after 55 Fortune 500 companies paid no U.S. income tax last year. 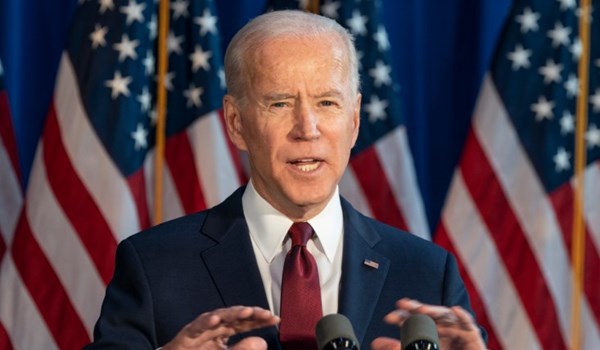 In his first State of the Union address since taking office last year, President Joe Biden highlighted his plan to levy a 15% minimum tax on global corporations as he rallied against large corporations that have historically avoided paying federal income tax.

The Fortune 500 is an annual list compiled by Fortune that ranks the 500 largest corporations in the U.S. by total revenue. Last year, Fortune reported that 55 of those companies paid zero federal income tax for the year, mostly due to exploiting a difference between so-called book income and tax income.

Book income is a comprehensive view of a company's financial situation, which shareholders use to assess a corporation's health, and follows Generally Accepted Accounting Principles (GAAP). Meanwhile tax income is, generally, book income minus expenses and deductions.

Under IRS standards, companies are able to deduct certain expenses from their taxable income, such as investments on building new factories or payments on employee stock options. Put together, those expenses help corporations significantly reduce their level of taxable income.

But the president’s plan for a 15% minimum tax rate would change that by introducing a levy on book income rather than tax income. The 15% minimum tax rate also seeks to prevent companies from avoiding tax by claiming revenues overseas in jurisdictions where corporate tax rates are more favorable than in the U.S.

“We got more than 130 countries to agree on a global minimum tax rate so companies can’t get out of paying their taxes at home by shipping jobs and factories overseas,” Biden said, referring to an agreement the U.S. brokered last year with the Organization for Economic Co-operation and Development (OECD).

Under the agreement, 130 member states of the OECD agreed to impose a 15% minimum corporate tax in order to “reform international taxation rules and ensure that multinational enterprises pay a fair share of tax wherever they operate." The OECD is still hashing out the details of how to implement that plan, which is scheduled to come into effect in 2023.

The move is supposed to help eliminate offshore tax havens but, as Fortune reported last year, it’s “not clear whether profit-shifting was a significant tax reducer for the 55 no-U.S.-tax companies of 2020” that Biden reference in his State of the Union address.

To tackle that issue, the president needs to push through tax reform at home rather than overseas.