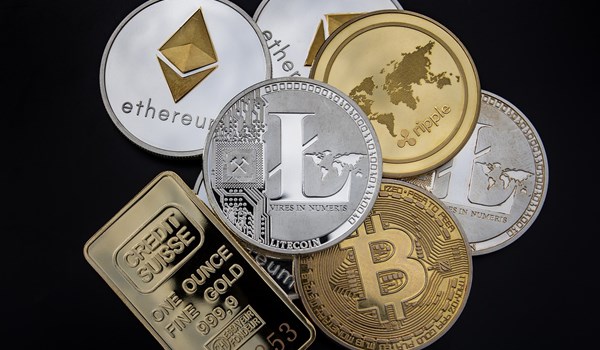 The taxman is coming for crypto.

The European Commission will soon begin talks with the bloc’s treasuries on whether a single EU tax regime is warranted for the cryptocurrency market.

Three EU officials told POLITICO that discussions are set to begin in the new year to share best practices, as governments pursue different taxes and rates for the growing market.

The planned EU tax talks signal policymakers’ intent to bring the volatile and opaque market to heel. This year alone, a bear market has wiped over $2 trillion off the value of crypto assets.

Policymakers fear the lack of safeguards could leave major banks and money managers vulnerable to massive sudden losses in the market. For example, FTX has long been one of the market’s biggest crypto exchanges, valued at $32 billion in January. It’s now in search of a lifeline after 48 hours of turbulence and news that the giant crypto exchange was insolvent and unable to meet customer withdrawals, leading to a cash crunch.

Europe has led the way in regulating crypto, which offers its users a high degree of anonymity. Brussels legislators in late June agreed a single rulebook for the market, dubbed MiCA, which will come into force in 2024.

A single tax regime would make it even easier for crypto traders and companies to operate across the EU's 27 separate jurisdictions.

“Difficulties in classifying, valuing and administering crypto assets pose challenges to tax administrations seeking to tax them fairly and effectively,” a Commission spokesperson said when asked about a possible EU crypto tax. “The EU is working hand in hand with the member states to facilitate and foster the sharing of best practices regarding the taxation of crypto-assets.”

An EU crypto tax isn't imminent but work is underway, building on discussions that treasury officials had last spring behind closed doors in Toulouse.

The bloc first needs to introduce new measures that would require crypto companies to collect and share with tax authorities any details of people or firms that own digital assets across the bloc.

The Commission will propose these rules in December or January and likely start enforcing them in 2026. That’ll give the taxman a clear view over who’s own what in the market, which grants a high degree of anonymity. Armed with that information, the EU could introduce a crypto tax in 2027, two of the officials said.

Governments employ a host of different taxes that target wealth, income and capital gains with varied rates that range from zero to 33 percent.

Portugal, for example, will apply a national crypto tax regime from the new year that slaps a 21 percent rate on corporations. Individuals who draw an income of up to €200,000 from the crypto market will only face an effective tax rate of 8 percent. That said, speculators who cash out any crypto gains made under a year face a tax of 28 percent.

Such a landscape poses a massive logistical headache to crypto companies and exchanges that want to make full use of the EU rulebook when it comes into force in 2024.

A spokesman for Crypto.com, one of several U.S. online exchanges that are expanding their services across Europe, called for "a user-friendly tax regime, which aligns with the actual realization of income principles and takes into account the growth of the crypto asset sector and the potential economic benefits it would bring.”