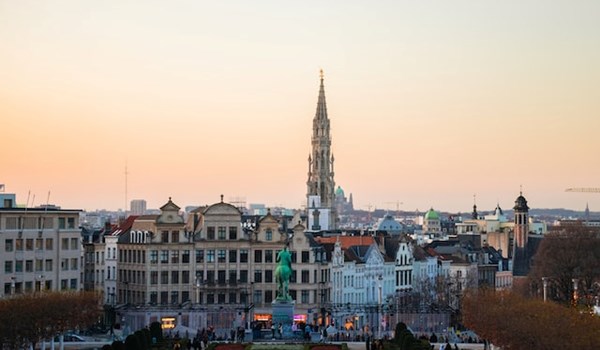 Viktor Orbán has taken the EU hostage, essentially demanding billions in exchange for lifting vetoes on everything from Ukraine aid to a global corporate tax deal.

The billions are, according to the Hungarian leader, EU funds his country deserves as an EU member. But Brussels has been withholding them over concerns about Budapest’s erosion of democratic values, insisting Hungary first make a number of changes.

Now, the two sides are moving toward an agreement: The EU is expected to soon unlock the money after Hungary promised to adopt a set of reforms. EU leaders insist the revisions will reverse the country’s waning democratic norms and better protect the bloc’s cash from falling into corrupt hands. Budapest insists it is genuine about fulfilling its pledge.

Left unspoken is a major factor driving the negotiations to a conclusion: Orbán has been blocking some of the EU’s most pressing initiatives, including an urgent €18 billion aid package for Ukraine and a worldwide deal to set a minimum corporate tax rate. His gambit? Get Brussels to hand over Budapest’s EU money.

“This is blackmail, pure and simple,” said an EU diplomat.

The stakes are high. In a no-deal scenario, Brussels risks losing face if it can’t deliver the promised aid to Kyiv or a global tax agreement it championed. EU officials are also loath to push Hungary’s struggling economy over the edge — and don’t want to be seen as deepening divides while war rages nearby.

EU affairs ministers are set to discuss Hungary's rule-of-law issues at a meeting in Brussels on Friday, and their finance colleagues will formally have a say on whether to release the money on December 6. But the eventual outcome already seems prebaked.

Brussels and Budapest have been at odds over Hungary’s democratic backsliding for years. But the prospect of losing access to the EU’s billions has brought the simmering fight to boiling point.

The European Commission, the EU’s executive arm, wants Orbán’s government to strengthen the judiciary’s independence and improve anti-corruption efforts, and has been trying to extract concessions by withholding €5.8 billion in pandemic recovery cash and threatening to cut €7.5 billion of regular EU funds. And after months of resistance, Hungary has come to the negotiating table, unable to lose the lifeline of EU cash amid an ailing economy.

Deadlines are approaching in both fights.

Brussels is running out of time to approve Hungary’s share of recovery funds and is expected to make a decision by month’s end. Meanwhile, Orbán faces a Saturday deadline to comply with his 17 promised reforms or risk losing part or all of the €7.5 billion.

A package deal is in the making, with Budapest likely to get access to its recovery cash only upon completing its promised reforms, which the Commission would present as a step forward.

“We have been able to convince the Hungarian government to strengthen the independence of the judicial system,” said an EU official. “This is not the end of the negotiations, but this is a significant step.”

As part of the emerging political compromise, the proposed €7.5 billion suspension is also likely to be dropped — though the Commission has yet to finalize its position and has stressed that the process could ultimately be restarted if anti-corruption reforms fail to have an impact.

Still, Orbán’s expected win comes with risks for the long-time Hungarian leader. Budapest’s obstructionist behavior has made Hungary more isolated than ever on the European stage and Brussels’ trust in Hungary’s government is at an all-time low.

Meanwhile, anti-corruption campaigners say Orbán’s reforms are insufficient. The prime minister’s career, critics say, depends heavily on distributing EU and state funds to allies, making him unlikely to implement any meaningful updates that jeopardize his patronage system. Plus, experts say planned judicial reforms are simply too little, too late. That means more financial fights with the EU may lie ahead.

There are similar political risks for EU leaders. For years, figures such as Commission President Ursula von der Leyen have pledged to take a tougher stance on rule-of-law laggards. Handing out billions over the objections of the European Parliament and civil society groups isn’t likely to convince people she’s following through.

The Commission must approve Hungary’s recovery plan by the end of November in order to allow enough time for EU countries to endorse and finalize the agreement with Budapest by year’s end. That’s a hard deadline after which Hungary would lose 70 percent of the €5.8 billion in grants.

A decision by the college of commissioners, the Commission’s collective decision-making body, has been delayed for weeks but is currently scheduled for November 30, according to EU officials.

On the same day, the Commission is expected to present its assessment on whether Budapest has complied with its 17 reform commitments that it must meet to guarantee access to €7.5 billion in regular EU funds. That money is under threat through a rule-of-law mechanism that allows the EU to curtail regular budget payouts if the money is at risk of being grafted.

“We hope that the European Commission will concentrate on facts and not on political opinions and evaluate the implementation process at face value and we really hope an optimistic scenario will prevail,” Tibor Navracsics, the Hungarian regional development minister in charge of EU funds, told POLITICO on Thursday.

The European Parliament pushed the Commission to deploy its rule-of-law mechanism against Hungary, with MEPs writing in an assessment that Orbán has only satisfied a handful of the 17 conditions so far. It argued Brussels shouldn’t give up that leverage against Orbán.

“If the Commission releases the money to Viktor Orbán, Ursula von der Leyen will be personally responsible for turning Hungary into a swamp of corruption,” Moritz Körner, a German MEP with the liberal Renew Europe group, said Thursday.

One possible outcome is that the Commission will propose withholding some EU funds from Hungary, but not the full €7.5 billion. It would then pass the ball to EU countries, who have until December 19 to decide whether to sanction Hungary or let it off the hook — a decision that would require a so-called qualified majority, comprising at least 55 percent of EU countries and 65 percent of the bloc’s population.

Countries including the Netherlands and Denmark have been vocal in demanding the Commission call one way or the other on the €7.5 billion, insisting it provide an "updated risk assessment" shortly after the November 19 deadline.

The moment of truth is set for December 6, when all four elements are on the agenda of a meeting of EU finance ministers.

A majority of EU countries will need to back Hungary’s recovery plan, thus allowing it to receive €5.8 billion in grants. They will also decide whether to withhold regular EU funds from Budapest.

On the same day, ministers are due to unanimously back the €18 billion Ukraine aid package and on EU rules implementing a global corporate tax deal, the two files Orbán has been holding hostage.

The sequencing of the meeting’s agenda will be key to ensuring the chips fall neatly in place.

“It’s like dominoes,” said an EU diplomat. “It only works if all the pieces are aligned just right.”