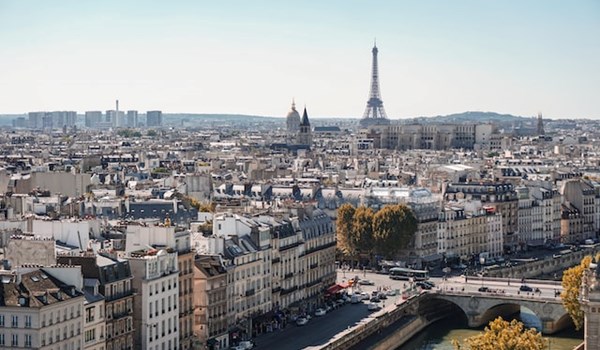 As published on thejournal.ie, Tuesday 15 November, 2022.

In 2016, the year of the Brexit referendum, British stocks were collectively worth 1.5 trillion US dollars more than those listed in Paris.

As well as shifting consumer patterns, the market capitalisation calculations also reflect currency movements, with the pound dropping 13% in value against the US dollar this year while the euro has fallen by a milder 9.2% against the American currency.

Meanwhile, the success of the UK’s independent trade policy – one of the key reasons for leaving the European Union for many Brexit-supporters – was also questioned by Tory former Cabinet minister George Eustice, who said an agreement reached with Australia was not “a very good deal” for the UK.

The economic impact of the decision to leave the EU was blamed by Saunders for the scale of the tax rises and spending cuts that Chancellor Jeremy Hunt is set to unveil on Thursday.

Saunders, a former external member of the Monetary Policy Committee, told Bloomberg TV there had been a “chaotic period” since the 2016 referendum.

“The UK economy as a whole has been permanently damaged by Brexit,” he said.

“If we hadn’t had Brexit, we probably wouldn’t be talking about an austerity budget this week – the need for tax rises, spending cuts wouldn’t be there, if Brexit hadn’t reduced the economy’s potential output so much.”

In the Commons, former environment secretary George Eustice – who campaigned for Brexit – criticised key elements of the flagship trade deal with Australia, the first to be negotiated from scratch by the UK outside the EU, and a similar arrangement with New Zealand.

“The truth of the matter is that the UK gave away far too much for far too little in return,” Eustice told MPs.

A benefit of Brexit is the ability to diverge from standards set in Brussels, with rules set in the UK instead, but the shift to the new UKCA product safety marking system has been delayed for a further two years, with goods carrying the European CE symbol continuing to be recognised until the end of 2024.

Business Secretary Grant Shapps said: “This move will give businesses the breathing space and flexibility they need at this crucial time and ensure that our future system for product safety marking is fit for purpose, providing the highest standard for consumers without harming businesses.”

Whilst the UKCA marking can be used now this extension means businesses can choose to use the CE marking until 31 December 2024.

The shift to UKCA had originally been planned for January 2022.

The government said it did not want to burden businesses given the difficult economic conditions created by post-pandemic shifts in demand and supply, the war in Ukraine and the associated high energy prices.