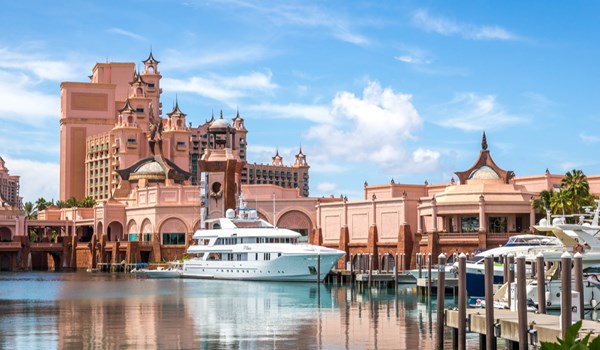 The Bahamas will not risk becoming a global “pariah” by rejecting the countries and organisations that continue to ‘blacklist’ its financial services industry, a Cabinet minister asserted yesterday.

Jomo Campbell, minister of state for legal affairs, told the House of Assembly that the Government will not heed the calls of those demanding The Bahamas cut all ties with the likes of the European Union (EU) and Organisation for Economic Co-Operation and Development (OECD) because of how unfairly they treat this nation.

Speaking as MPs passed the first legal reforms aimed at addressing The Bahamas’ tax co-operation deficiencies, he asserted: “It is incumbent on this government to safeguard our economy, and a large part of our economy is the financial services sector.

“There are some who think we should remove ourselves from the purview of international organisations because of blacklistings and non-cooperative ratings. However, The Bahamas has no intention of taking on pariah status when it comes to international best practice and compliance. It is necessary for this administration to ensure we maintain proper monitoring, compliance and reporting to remain in good standing.”

Several prominent figures, including Branville McCartney, the former Democratic National Alliance (DNA) leader, have suggested that The Bahamas should tell the EU to “go to hell” over the perceived injustice associated with its continued blacklisting assault on The Bahamas for alleged non-cooperation on international tax matters.

Yet the reality, as Mr Campbell suggested, is that The Bahamas likely has little choice but to comply with their demands given that it depends on access to the financial services markets of the EU’s 27 members to attract clients, business and investments.

The minister added that the Government is exploring “every avenue” to minimise the EU blacklisting’s impact on the Bahamian financial services industry while it works to resolve the bloc’s concerns and escape such status. Individual EU countries are being “engaged” on the matter, although he declined to name the nations involved.

Bahamian insurers, as reported by Tribune Business, have already voiced fears that the EU blacklisting threatens to increase local insurance rates and reduce the availability of hurricane coverage locally. This is because Germany has enacted a law designed to deter business with so-called “tax havens”, yet three German reinsurers - Munich Re, Hanover Re and R & V Re - are among the biggest partners for Bahamian insurers in underwriting local risks.

Mr Campbell, meanwhile, affirmed that the EU blacklisted The Bahamas because it was unable to correct deficiencies in its economic substance reporting regime prior to the April 2022 deadline. This relates to the Commercial Entities (Substance Requirements) Act 2018, which requires companies conducting “relevant activities” to confirm they are carrying out real business in The Bahamas via annual electronic filings.

These companies must show they are doing real, legitimate business in a jurisdiction and are not merely brass plate, letterbox fronting entities acting to shield taxable assets and wealth from their home country authorities. The minister said that “shortly after the election” on September 15, 2021, the Davis administration was “informed of deficiencies” in The Bahamas’ implementation, monitoring and reporting requirements for 2019 and 2020.

“This administration worked diligently to ensure our country was not blacklisted or placed on the list of non-cooperative jurisdictions,” Mr Campbell said. “This [blacklisting] occurred because we were unable to address all deficiencies before the determination of our review in April this year. The Government of The Bahamas is committed to resolving all issues as soon as practically possible, and seeking a re-determination of our status.”

The House, though, yesterday debated changes to the Automatic Exchange of Financial Account Information Act so as to address weaknesses identified by the OECD over a separate tax related matter. The amendments will provide greater regulatory flexibility and oversight by enabling the Ministry of Finance to delegate its supervisory powers to the Central Bank, Securities Commission, Insurance Commission and Compliance Commission.

These regulators will then become responsible for ensuring their respective licensees and registrants comply with the requirements for automatic tax information exchange, thereby expanding their obligations but also helping to address a “non-compliance” rating from the OECD.

“With the amendment and enactment of new legislation, the regulators will be vested with the authority to act on behalf of the Ministry of Finance to monitor compliance of registrants and/or licensees for the purpose of this Act,” Mr Campbell said.

The OECD’s concerns relate The Bahamas’ implementation of the Common Reporting Standard (CRS). The Government was notified shortly after the September 2021 general election about the results of the OECD’s Global Forum peer review of The Bahamas, which gave the country a clean bill of health when it came to “exchanging information in an effective and timely manner” with other jurisdictions at the state level.

However, the Bahamas fared less well - and failed to meet the OECD’s requirements - when it came to its financial institutions and providers “correctly conducting the due diligence and reporting procedures”. While this nation met the standard required in one of the two areas reviewed, the overall rating for the “technical effectiveness” of automatic tax information exchange has been deemed non-compliant.

This was despite Michael Halkitis, minister of economic affairs, and Ryan Pinder KC, the attorney general, meeting with the OECD in Paris to argue for a “revision” to this finding. While the OECD refused to budge, a strategy for fixing the deficiencies was agreed and The Bahamas will be re-examined and rated in 2023.

Mr Campbell, meanwhile, said the Government was “optimistic” that The Bahamas will be rated “compliant” or “largely compliant” with the Financial Action Task Force’s (FATF) 40 anti-money laundering and counter terror financing recommendations when its regional affiliate meets next month.

The Bahamas has attained such designations on 38 of the recommendations already, and has further enhanced regulation in the remaining areas - digital assets and non-profits.