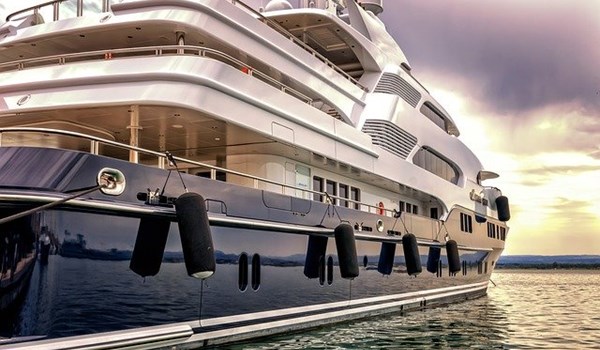 The recent visit of a Russian megayacht to Hong Kong has sparked warnings from corruption investigators that the city could become a haven for oligarchs and officials hiding from Western sanctions.

The Nord — a $500 million vessel linked to Russian billionaire Alexei Mordashov — spent a little over three weeks in the Chinese territory before leaving last Thursday.

Mordashov is among tycoons close to Russian President Vladimir Putin who have been sanctioned by the United States, the European Union and Britain following Moscow’s invasion of Ukraine.

Multiple jurisdictions have seized Russian oligarchs’ yachts and other assets this year. But Hong Kong made clear it would not do the same, saying it only implements United Nations sanctions, not “unilateral” ones.

That prompted a rebuke from Washington that Hong Kong’s reputation as an international business hub could be damaged.

But Maira Martini, a corrupt money flows expert at Transparency International, said the city has long been a useful jurisdiction for those “wanting to hide assets and launder dirty money”.

She cited Hong Kong’s “easy incorporation of shell companies that can be used to layer funds and obscure the real owners”.

“The government’s recent declaration that it has no interest in implementing sanctions makes Hong Kong an even more enticing option for Russian elites,” she told AFP.

Hong Kong is increasingly taking its cue from Beijing, a key ally of Moscow, said Anthony Ruggiero, an expert on nonproliferation at the Foundation for the Defense of Democracies.

City leader John Lee and other senior officials are themselves blacklisted by Washington for their role in a crackdown on political freedoms.

A major part of Hong Kong’s appeal is how easy it is to set up companies — about 1.4 million businesses are domiciled in the city.

Directors do not need to live there and companies can register addresses via secretarial businesses making it easier to mask true ownership.

The Panama Papers in 2016 exposed how crucial front companies in Hong Kong were for those wanting to hide wealth and avoid tax.

Businesses registered in Hong Kong have also repeatedly appeared on US and other sanctions lists.

Companies helping North Korea evade sanctions were cited by the Treasury and United Nations experts in 2017 and 2018.

More recently the focus has shifted to Iran.

When AFP checked their filings with the city’s Companies Registry, all were registered to secretarial company addresses.

Two had directors who were Indian nationals, the other was owned by a Dominican Republic national living in China’s Zhejiang province. Very little other public data was available.

Ruggiero, a former US national security advisor, said he expects Moscow to “unleash a network of front companies” around the world as Western sanctions gather pace.

David Webb, a Hong Kong activist investor, said the city will have “plenty of competition for being a safe haven, including Dubai and Singapore”.

Nonetheless banks, law firms and other businesses that rely on access to international markets will still be wary of Russian clients lest they face scrutiny.

“Financial institutions that have a United States or European nexus will need to assess their compliance in view of any relevant domestic sanctions,” Syren Johnstone, from the University of Hong Kong’s law school, told AFP.

“Some foreign financial institutions, insurance and transport companies based here discriminate Russian companies or nationals, even if they are not on the sanctions lists,” he told AFP.

But Sagitov was optimistic that the city remained a good place for business.

“When the trade volume between Russia and China is growing rapidly, Hong Kong can for sure benefit,” he said.

Asked about Mordashov’s megayacht, he said Moscow “appreciates the approach the Hong Kong government has taken”.

“This approach is based on the rule of law, and not on the law of some imaginary rules.”