HONG KONG: US Warns Jurisdiction on Sanctions After Russian Megayacht Turns Up. 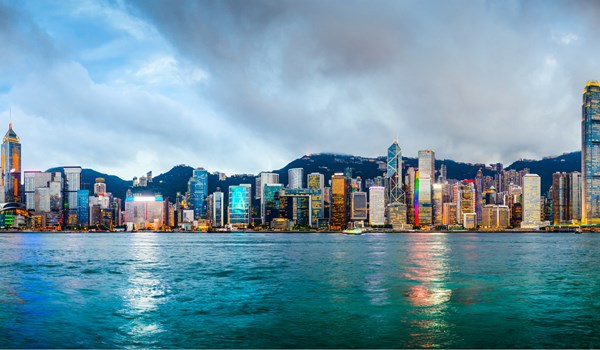 The US warned Hong Kong that assisting sanctioned individuals could threaten its status as a financial hub, after a megayacht linked to one of Russia’s richest men docked in the city’s harbor.

The $500 million Nord vessel tied to tycoon Alexey Mordashov arrived in Hong Kong on Wednesday, after making a week-long voyage from the Russian city of Vladivostok. Mordashov, believed to be an ally of President Vladimir Putin, was sanctioned by the European Union, the UK and the US following Russia’s invasion of Ukraine in February.

“The possible use of Hong Kong as a safe haven by individuals evading sanctions from multiple jurisdictions further calls into question the transparency of the business environment,” a US State Department spokesperson said in an emailed statement.

The city’s reputation as a financial center depends on its adherence to international laws and standards, the spokesperson added.

Hong Kong’s Marine Department said Friday that while it enforces United Nations Security Council sanctions, it doesn’t implement “unilateral sanctions imposed by other jurisdictions.” The former British colony’s Chief Executive, John Lee, is sanctioned by the US, along with several other city officials, for his role in the government’s crackdown on civil liberties in the hub.

There are concerns Russian tycoons may seek to circumvent sanctions imposed by the US and its allies by shifting their assets to Hong Kong. China has refused to condemn Russia’s war in Ukraine, with President Xi Jinping declaring a “no limits” friendship with Putin on the eve of the invasion.

“US companies increasingly view Hong Kong’s business environment with wariness,” the US spokesperson said in the Saturday statement, adding that China’s move to dilute the city’s political autonomy had exacerbated such concerns. “We strongly encourage all jurisdictions to take actions under their domestic authorities to help implement sanctions.”

Hong Kong’s status as a global financial center has been diminished in recent years, thanks to both a crackdown on political freedoms under a sweeping Beijing-imposed national security law and Covid curbs that isolated the former hub from the world, until recently.

More than a dozen yachts connected to sanctioned Russian oligarchs have been seized by US and European governments to punish them for their ties to Putin. Mordashov, the largest shareholder in steelmaker Severstal PJSC, in May joined other businessmen in trying to challenge the restrictions in European courts.

When the Nord, which features two helipads, a cinema and 20 luxury cabins, departed Vladivostok it listed the Vietnamese port of Da Nang as its destination. A few days later it changed its destination to Hong Kong, according to vessel location data compiled by Bloomberg.

The ship had also changed its flag -- the maritime authority under which the vessel is registered -- to Russia from the Cayman Islands in June, according to Marine Traffic.