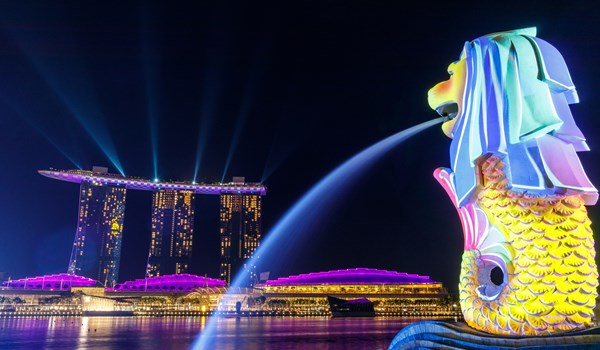 As published on businesstimes.com.sg, Monday 31 October, 2022.

Its findings on this topic and proposals for future trials were detailed in a report released on Monday (Oct 31) marking the successful completion of Phase 1 of Project Orchid, which was launched by MAS in November 2021 in partnership with the private sector to build up the tech infrastructure and competencies necessary to issue a digital Singdollar.

A digital Singdollar can take two forms: a retail central bank digital currency (CBDC) or privately issued money. A retail CBDC is the digital equivalent of today’s notes and coins issued by MAS, while privately issued money could include tokenised bank deposits or securely backed stablecoins.

While MAS deems the case for a retail CBDC in Singapore as “not compelling for now”, the authority said it continues to actively explore good use cases for digital currencies.

Phase 1 of the project explored the concept of purpose-bound money (PBM), which enables senders to specify conditions – such as validity period and types of shops – when making transfers in digital Singdollar.

PBM could be used to digitalise vouchers, the MAS report said, and these digital vouchers could in turn be used to support government disbursement programmes.

The use of PBM could eliminate the need for voucher users to have a bank account, reduce complexity from multiple schemes, prevent misuse of vouchers, speed up payment processing times and lower business costs.

MAS has initiated a few trials in partnership with government agencies and industry players to test the PBM concept, including the issuance of government and commercial vouchers to selected trial participants at the upcoming 2022 Singapore Fintech Festival.

These trials include a test disbursement scheme conducted by OCBC and the Central Provident Fund Board, where both parties will test the use of PBM for funds disbursement from government agencies without requiring recipients to have a bank account.

UOB and SkillsFuture Singapore (SSG) will also test the use of PBM to enhance the current SSG Credit disbursement process – enabling SkillsFuture grants to be automatically released to participating training providers when eligibility conditions are met.

Other financial institutions participating in Project Orchid include DBS, Grab Holdings, Fazz Financial Group and Nets (Network for Electronic Transfers) Singapore. The government and commercial use cases for the project were supported by GovTech’s Open Government Products Division and Temasek, respectively.

MAS chief fintech officer Sopnendu Mohanty said the authority’s understanding of the digital Singdollar’s potential uses, and the infrastructure required to support it, has been “sharpened” through practical experimentation with the industry.

“The introduction of e-money provided the ability to store value electronically and carry it with us. Digital currencies go beyond that, allowing money to be programmed and used for specific purposes only… We look forward to collaborating further with industry participants and policymakers in subsequent phases of Project Orchid,” he added.