WEALTH MANAGEMENT: Vietnam forecast to be fastest growing market for centi-millionaires over next decade, according to report. 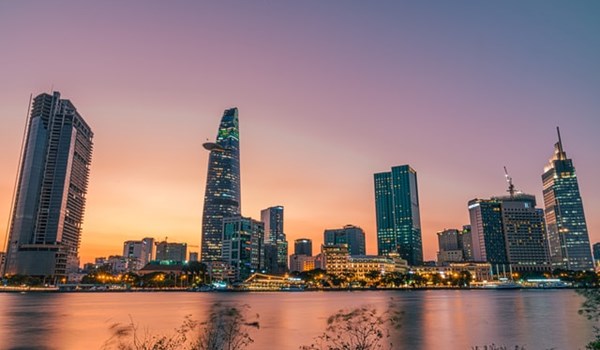 Under the report released recently by leading international residence and citizenship by investment advisory firm Henley & Partners, with an astonishing 95 per cent growth rate predicted, this emerging Asian manufacturing hub is expected to see a strong growth of centi-millionaires in the real estate, technology, and financial services sectors.

India is next in line with an anticipated 80 per cent growth rate in individuals worth more than $100 million by 2032.

Mauritius has recently emerged as a hot spot for migrating centi-millionaires, with growth of 75 per cent predicted for this safe, business-friendly African island nation. Three other countries on the continent make it into the top league of fastest growing centi-millionaire markets ­in the next decade — Rwanda (70 per cent), Uganda (65 per cent), and Kenya (55 per cent).

­­New Zealand and Australia are also forecast to enjoy exceptional growth with 72 per cent and 60 per cent, respectively.

Punching above its weight, Switzerland ranks sixth on the list with 808 inhabitants worth more than $100 million despite its small size and population. Japan (765), Canada (541), Australia (463), and finally Russia (435) make up the rest of the top ten countries for centi-millionaires.

As Dr. Juerg Steffen, CEO of Henley & Partners, points out, the $100 million plus band represents the best definition in today’s world of what it means to be ‘super-wealthy’.

“The centi-millionaire is someone so affluent that they don’t need to think about how much they spend," he said.

"In fact, the level of wealth they have achieved means they are unlikely to ever worry about money again. Not long ago, in the late 1990s, $30 million was considered the fortune needed to meet this definition. However, asset prices have risen significantly since then, making $100 million the new benchmark.”

According to the report, there appears to be no set path to attaining centi-millionaire status; some inherited their wealth while others worked their way up to the $100 million mark. However, the report does point out some notable generational differences. While a growing number of younger entrepreneurs who founded successful tech companies are newcomers to the club, Baby Boomers still tend to dominate the centi-millionaire circle despite many now cashing in their stock options and selling their businesses.

“A basic tenet of wealth preservation in the 21st century, regardless of wallet size, is diversifying away from the risk of having most or all of one’s assets exposed to a single currency, a single government, and a single legal, taxation, and financial system,” Opdyke said.

He added: “In an era where currencies are burdened by the debts and economic weaknesses of the countries they represent, it doesn’t take much to undermine the status quo. Just look at the British pound. In the span of less than two months, it lost nearly 30 per cent of its value relative to the dollar. That’s a major Western currency. The same can easily happen to the dollar.”