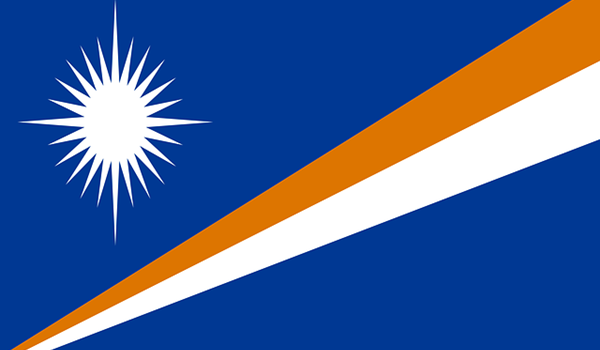 As published on theguardian.com, Thursday 8 September, 2022.

A former president of the Marshall Islands has called for an investigation into an alleged plot by a Chinese couple to establish a mini-state inside its borders and set it up as a lucrative tax-break haven.

The pair were charged by US prosecutors with bribery and money-laundering offences over a “multi-year scheme” that included establishing a non-governmental organisation, allegedly bribing five Republic of the Marshall Islands (RMI) officials and attempting to bribe a sixth. One of the five was allegedly given cash to bribe others into supporting the carving out of a Hong Kong-style territory.

Hilda Heine, who is now an MP, said the identities of the six legislators were not specified in the indictment but that “there’s some guesstimates of who the officials are”. She added: “The people deserve to know who accepted bribes and accountability measures taken as appropriate by our laws. I hope the identities will be forthcoming.”

Cary Yan, 50, and Gina Zhou, 34, are accused of trying to manipulate RMI legislators into establishing an exclusive economic zone on the Rongelap atoll, with the name “Rongelap atoll special administrative region (Rasar)” – a designation similar to those given by China to Hong Kong and Macau.

The accusations were laid out in an indictment unsealed last Friday after the pair were extradited to the US from Thailand, where they were arrested almost two years ago. The US attorney Damian Williams said the pair “blatantly flouted the sovereignty of the Republic of the Marshall Islands and its legislature”.

The indictment said: “Yan planned to use the Rasar to, among other things, attract investors and customers to businesses that he would operate in the Rasar, in whole or in part through the NGO.” It also indicated that Yan and Zhou were involved in the drafting of the legislation.

They have pleaded not guilty to the charges, which carry sentences of up to five years in jail for bribery and 20 years for money laundering.

Among the bribery allegations is a claim that Zhou paid an interest-free “loan” of $22,000 (£19,000) to an RMI official who had officially sponsored the Rasar bill and taken other actions in attempting to have it passed.

Another official was allegedly given $7,000 through a family member “to induce or influence other RMI legislators to support [the legislation]”.

The indictment also said Yan and Zhou paid flight, hotel and entertainment expenses for RMI officials – at least two of whom had voting power over the bill – to travel to New York and Hong Kong in April 2018 for the launch of the scheme at the AsiaWorld-Expo.

According to the filing, one official promoted the atoll as a “promising location to do business”, accepted Yan’s investment in their private business venture and appointed Yan as a special adviser to the atoll.

Rongelap was the site of extensive US nuclear testing in the 1940s and 50s, causing devastation to the population, whose descendants are reluctant to return.

At the height of the scheme, the Rasar was touted as a foreign investment paradise that would offer relaxed immigration laws and low or no tax, to draw in foreign investment, and improve the struggling Pacific nation’s place in the global economy. Instead, it caused chaos in the RMI government.

In November 2018, Heine narrowly survived a no-confidence motion, which she said at the time was about her opposition to the scheme. On Thursday, the former president said she did not support the legislation because it was “unconstitutional” and sidelined RMI laws in “critical areas”.

The Rasar bill was never filed in parliament owing to the constitutional questions raised by opponents.

Contained within the indictment was a reference to an email from an unnamed RMI official to Yan and Zhou vowing “revenge” against Heine over her successful opposition to the bill. After she was voted out in January 2020, Yan and Zhou allegedly emailed the official and promised that their family would be “one of the most powerful” in the RMI if a resolution endorsing the bill were passed. It was passed in March that year.

There is no indication in the filings that the alleged scheme was connected to the Chinese Communist party (CCP) but the Rasar proposal has nevertheless raised concerns about the growing influence of Beijing across the Pacific.

At the time of the no-confidence motion against Heine, she said the proposal was “an effort by certain foreign interests to take control of one of our atolls and turn it into a country within our own country”.

The Marshall Islands are a former US territory and one of the few nations to recognise Taiwan. Pacific neighbours including Kiribati and Solomon Islands have switched recognition to China in recent years, with Solomon Islands prompting western concerns over a security agreement with the CCP.