Are the EU’s Measures Against Tax Evasion Misplaced?

As certain states, which are widely considered to be offshore jurisdictions, are consistently omitted – and others seemingly included despite all efforts toward compliance – we ask whether the way in which the EU identifies its ‘tax havens’ is fair, justified, or even effective. Five experts give us their verdict. 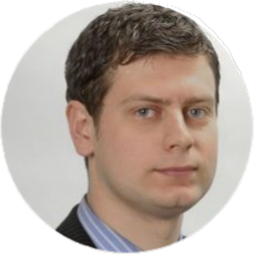 "The imperative lies with the industry to make sure their arguments are evidenced, articulated and acted on." 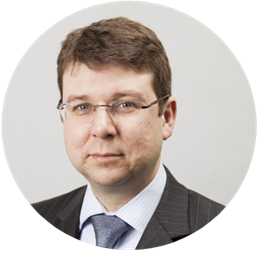 "Although the desire of the European Union to recoup taxes that are owed to its member states is quite right, their current focus on traditional offshore finance centres demonstrates a misunderstanding of how and where profits are sheltered from domestic tax authorities." 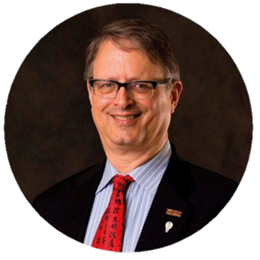 “The EU’s list of tax havens is arbitrary, opaque and fundamentally unjustified.” 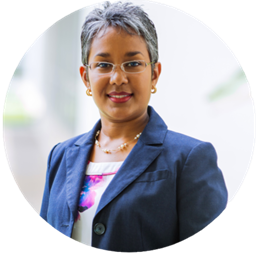 “The EU goes further than the OECD in its measures against tax evasion, and evidence suggests that there was racial/ethnic discrimination in the compilation of the EU tax haven blacklist." 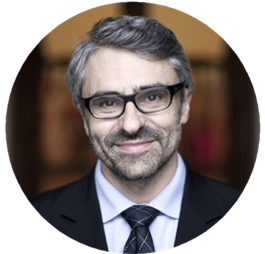 Pascal Saint-Amans, Director of the OECD Centre for Tax Policy and Administration

“While listing criteria have been updated over the last few years, the objectives of lists is rather to be empty than to point out at countries.” 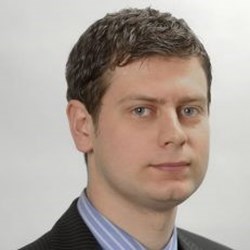 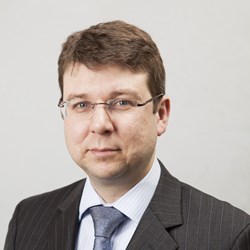 With its continued demands for ‘economic substance’ and recent additions to the ‘blacklist’ of non-cooperative jurisdictions for tax purposes, the Council of the European Union forges ahead with its arbitrary and misplaced policing of ‘unfair tax’ regimes around the globe.

Although the desire of the European Union to recoup taxes that are owed to its member states is quite right, their current focus on traditional offshore finance centres demonstrates a misunderstanding of how and where profits are sheltered from domestic tax authorities.

Tax neutrality is key to the business model of many small island offshore centres, including the Crown Dependencies and Overseas Territories. This is a concept that is widely misunderstood. It simply means that these centres do not levy taxes on international business transacted through them; it has little or no bearing on the tax income for onshore countries. Such arrangements ensure that incomes or profit are not subject to an extra layer of tax, but do not limit their liability to be taxed in other jurisdictions. Both the source country where an investment is made, and the resident state of the ultimate investor can still apply their tax rules to the returns generated.

Meanwhile, tax avoidance through profit shifting, using ‘double tax’ provisions, is prevalent in a number of European Union member states including Ireland, Malta, Luxembourg and the Netherlands (which has had the nerve to publish an even longer ‘blacklist’ than the European Union). What’s more, where the use of offshore tax neutral jurisdictions provides a tax advantage or the possibility to use purely tax driven structures, the benefits usually result from choices made and tax codes written by ‘onshore’ nations’ governments, such as allowing a tax deferral within their controlled foreign company regime.

This makes the criteria for how the Council determines whom to place on their lists of non-cooperative jurisdictions for tax purposes all the more baffling. There are now 15 countries on the EU’s tax haven ‘blacklist’, up from five, and a further 34 countries on the so-called ‘grey list’, which represents countries that are to be monitored for sufficient progress against the Council’s criteria. Many small island international finance centres which offer tax neutrality in a well-regulated and transparent environment have been placed on these lists or have been forced to take action to avoid punitive measures, including Jersey, Guernsey and the Isle of Man. However, the lists include no European Union member states.

This could potentially be attributed to protectionist intentions on the part of the European Union or the easy political win of blaming small island centres for lost tax revenues. But these motives are underpinned by a lack of understanding of the issues. In this sense, there has been a failure on the part of the international finance industry to engage and ensure that the role and value of offshore finance centres in the global economy is fully understood. The need to do this is now greater than ever, as many international finance centres, and the economies that they support, come under increasing pressure. Despite the European Union’s misunderstanding, it is the international finance centres that are going to suffer if the direction of travel is not changed. The imperative lies with the industry to make sure their arguments are evidenced, articulated and acted on. 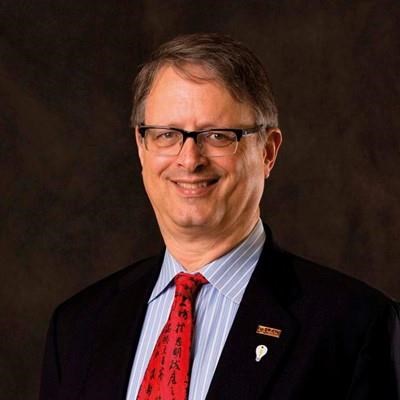 In recent years the EU, the OECD, and individual nations have compiled assorted blacklists of jurisdictions of whose tax policies they do not approve. These blacklists fail the most fundamental tests of due process, fairness, and transparency and are an astonishing development in a continent that birthed the idea of the rule of law.

European and OECD officials should be horrified at this analogy, but they and their blacklists are the modern heirs of Joseph McCarthy, HUAC, and Ramsey Clark. McCarthy’s fall began when attorney Joseph Welch responded to an attack on one of his staff by asking “Have you no sense of decency, sir, at long last? Have you no sense of decency?” It’s high time someone asked Jean-Claude Junker that. 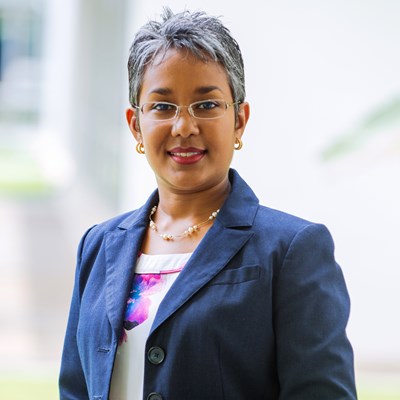 The EU published its first blacklist of 17 countries in December 2017, and updated it in March 2019 to reflect 15 countries, including the OECD’s largely compliant’ territories of Aruba, Barbados, Belize and Bermuda. That the EU has blacklisted countries that are already ‘largely compliant’ with the OECD’s requirements suggests that the EU blacklist goes well beyond issues of tax compliance. A deeper look shows one particular commonality among the EU blacklisted jurisdictions, too striking to be dismissed as mere coincidence or to be ignored.

Incidentally, EU blacklisted territories of US Virgin Islands, American Samoa and Guam are US ‘unincorporated territories’, while Bermuda is an ‘overseas territory’ of the UK, and Aruba is a ‘constituent country’ of the Kingdom of The Netherlands. The USA, UK and The Netherlands are all listed as ‘Largely compliant’ according to the OECD, and so are Aruba and Bermuda.

The EU blacklist has, however, omitted the USA’s and UK’s other low-tax territories, such as the US states of Delaware (69.2% Caucasian) and Nevada (68.1% Caucasian), and British Overseas Territory Gibraltar (Gibraltarian 79%, other British 13.2%). These US and UK/EU low-tax jurisdictions which were not blacklisted by the EU are, however, predominantly white.

While a confluence of factors likely explains the EU’s stance and its departure from that of the OECD in creating its own blacklist, the evidence presented above also suggests that there may be reasonable grounds to argue that there has been racial / ethnic discrimination in the compilation of the EU blacklist. 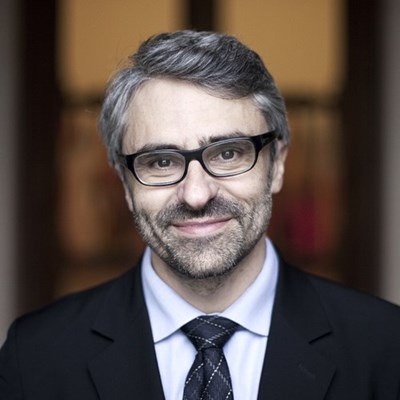 Pascal Saint-Amans, Director of the OECD Centre for Tax Policy and Administration

Over the past few years, important progress has been made towards more transparency in tax matters. Since the end of 2018, 92 jurisdictions are exchanging automatically financial account information. 4 500 bilateral exchanges took place, which was nothing less than the biggest information exchange in history. Moreover, in anticipation of the start of automatic exchanges, 95 billion EUR in additional tax revenues were identified by tax administrations through voluntary compliance mechanisms and investigations.

The work on tax transparency has accelerated since 2009, driven by an objective: to ‘level the playing field’, which means ensuring that all countries and jurisdictions play by the same rules. In that context, the ‘name and shame’, which is quite aggressive, has been used to encourage governments to progress. It has also been used by the OECD through its reporting to the G20 and the high media exposure that comes with it at a time where the civil society is getting increasingly interested in these issues.

A key challenge is to ensure that the standards on exchange of tax information are correctly implemented to ensure their integrity. At the same time, the implementation process was not obvious and has required significant efforts from governments all around the world. Such implementation has been monitored since 2009 by the Global Forum on Transparency and Exchange of Information for Tax Purposes (the Global Forum), which has put in place a robust mechanism of peer reviews. Such progress is meant to assess each of the Global Forum members’ (to date, 154) efforts to implement the standard: it recognises efforts and is also important to capture the jurisdictions that threaten the overall exercise.

The EU has adopted a similar approach on tax transparency and on tackling tax avoidance – known as Base Erosion and Profit Shifting (BEPS) practices.

On tax transparency, the EU Commission and the OECD’s work are consistent and the peer reviews reflect the good progress made by countries and jurisdictions over the past years, most of them getting “compliant”, and “largely compliant” rating for their implementation of the exchange of information on request standard.

On BEPS, coordination is also ensured although there are differences between the EU and the OECD’s approach. The divergence has been reduced to the minimum with EU’s reviews being outsourced to the Global Forum and the Forum on Harmful Tax Practices (FHTP). However, there are still gaps to be bridged, for example, with the scope of the work: manufacturing activities regimes are covered by the EU’s listing process, while it is out of the scope for the peer review of the BEPS Action 5 minimum standard undertaken by the FHTP.

The OECD will continue working to ensure good coordination with the EU Commission and the EU Code of Conduct Group, to address the concerns expressed by some jurisdictions. It will increase the technical support offered to jurisdictions to implement the tax transparency standards, in particular developing countries who are to benefit from a wider exchange of information.

While listing criteria have been updated over the last few years, the objectives of lists is rather to be empty than to point out at countries: this will mean that progress has been achieved towards greater tax transparency, which is the overall objective pursued.