In The Chair: Günter Dröse 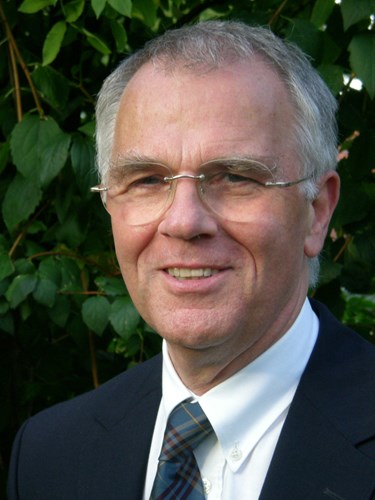 IFC: Why was ECIROA formed and what is its aim?

GD: Some Captive Owners` representatives decided in 2008 to establish ECIROA because these special purpose vehicles didn´t have a publicly recognised voice in the period of Solvency II preparation and consultation. Some of the founding members had earlier learned during the Basel II implementation process that an officially organised body or association in a lobby function is necessary to be heard in the public discussion.
According to its by-laws, ECIROA therefore has as its object the protection and development of the interest of its members in the broadest sense as well as to represent its members in discussions with official, regulatory bodies. It shall do all in its power to promote captives.

IFC: What achievements has the Association made in its representation of the captive insurance sector?

GD: In numerous meetings with regulatory bodies and based on written comments during the consultation on Solvency II, ECIROA has succeeded in making insurance regulators aware of the (legal) particularities of the Captive Insurance Business. This hasn’t been always welcomed by all stakeholders and participants in the discussion, some of which regarded Captives as not really being insurance companies. In cooperation with some Captive Managers and Captive Management Companies, ECIROA could convince regulatory bodies to understand   better the business rationale, the objectives and the performance of Captives. During this process a central concern of ECIROA was the anchoring of the Principle of Proportionality (PoP) in the Solvency II regulations. In ECIROA’s point of view, the PoP is an excellent tool for assessing every single Captive Insurer’s compliance with Solvency II requirements based on their individual and different nature, scale and complexity of the business. ECIROA is very proud to have introduced the PoP to the insurance supervisors and to market participants both in technical discussion and its practical application.

Finally, together with its US-based sister organisation Captive Insurance Companies Association (CICA), ECIROA introduced the now highly recognised European Captive Forum every two years, starting in 2012, with the next Forum being held in November 2020.

IFC: How has BEPS affected the captive insurance industry?

GD: Since Solvency II came into force on January 1, 2016, all captive insurance companies in Europe have been treated in the same way as commercial insurance companies. The captives have no major problems meeting the requirements of the new regulations. However, the cost burden is significantly higher than before Solvency II. Moreover, due to the very formalistic nature of Solvency II in this respect, captives must set up additional corporate functions. They now need to install policies, describe the formal processes, quantify the capital, in accordance with pillar one, with the help of actuaries and to report as requested in a standardised format to the public and to the local supervisors. The added value for the public and the supervisors is marginal compared with the past.
At present ECIROA is in a forward-looking and conceptual discussion with the OECD to determine the different business models that Captives can offer their parent companies without violating the rules and requirements set out in the BEPS (Base Erosion and Profit Shifting) report. Solvency II, particularly pillar 2, is structured in such a way that the requirements of the BEPS report are automatically met to a high degree in any case.

IFC: In your view, what are the current challenges for this sector and where do opportunities lie?

GD: One has to bear in mind that level 1 of the Solvency II Directive is principle based whereas level 2 and 3 are based on rules and regulations. In light of this, insurance supervisors in the individual countries can develop their own view on what is necessary to report for Captives i.e.  if quarterly reporting is mandatory for them, how detailed the level 2 and 3 requirements should be followed, etc. It is therefore ECIROA’s recommendation that each captive in its respective domicile should fight for individual and proportionate treatment by the local supervisory authority.
Furthermore, ECIROA has been in discussions with the International Association of Insurance Supervisors (IAIS) for years in order to clarify a structural misunderstanding regarding the handling of International Insurance Programmes (IIPs) and to find an interest-oriented solution. Today, all insurers and insured multinationals are not acting in compliance with accounting and tax rules if they insure within these programmes risks which are located in countries where local supervisors prohibit the use of foreign insurance cover (using non-admitted insurance carriers). Multinationals and their leaders are exposed to penalties and claims against them, because they offend existing local laws. We are particularly focused on how these programmes can be implemented in compliance with national and international regulations in the areas of accounting and taxation. ECIROA hopes to get the support of the OECD for this project this year, because one of the core elements of the BEPS requirements is the correct allocation of costs (insurance premiums in this context) to the legal entity in the country where the risk is located or to the legal entity bearing the risk (Transfer Pricing Principle). This object can only be achieved if the IAIS opens itself to such cross-border international insurance programmes with the parent company as the main policyholder. Such programmes are necessary so that internationally active corporations can insure their risks adequately and cost-effectively if they so wish.
ECIROA has made concrete text proposals to the IAIS on how they could change their rules, in particular the numerous Insurance Core Principles (ICPs) and possibly their by-laws, in order to transform the current unsatisfactory situation regarding international insurance programmes into a win-win development for all stakeholders. Currently, IAIS explains that this issue doesn´t have the necessary priority to respond with the appropriate action; they arguing they don´t have the staff, time and money to help the entire community which needs IIPs.

IFC: Is there now a better understanding of captive insurance in the commercial insurance sector?

GD: In ECIROA’s opinion it is a major challenge for many risk and insurance managers to explain to their top management the various options that a captive can offer as an integral part of the company’s risk management. Although we are aware that every important decision in a company can be associated with a profit or a loss, we believe that in the past too little weight has been attached to the risk assessment process. Based on experience, this process should also include the determination by top management of a value that the company will bear itself in the event of any damage.

Furthermore, the risk transfer – possibly including the involvement of a direct insurance and/or reinsurance captive – should not be carried out solely by the purchasing department, since the question of the coverage of losses threatening the existence of a company is not about obtaining ’cheap’ insurance cover. Rather, it is a question of a solid financing concept for such losses and thus of balance sheet protection for a company. In addition, such a concept can also contribute supporting share price performance after a major financial impact. Therefore, top management, particularly CEOs and CFOs, should be involved in such decision-making processes. A better understanding at top management level of what captives can achieve for such a financing concept should not only lead to the establishment of new captives, but also to a more efficient use of existing captives.

IFC: What are captives doing to extend their market share?

GD:  In the past, captives have generally written property and liability insurance business. In recent years, captives have increasingly extended their portfolios to other lines of insurance in order to make better use of capital employed and save costs for the parent company. Many captives have already gained experience in the field of Employee Benefits insurance. Some captives also consider the underwriting of cyber risks and the risks arising from the interruption of a supply chain. These are risks that commercial insurers are often reluctant to cover, fearing the occurrence of a huge accumulation loss on such risks.

IFC: Which regions are emerging as key industry players and why?

GD: The supervisory authorities of countries in which a substantial number of captives are domiciled have a clear advantage when it comes to selecting a captive domicile due to their many years of experience with captives and sound knowledge of this particular business model. These regulators especially have a strong understanding of how to apply the principle of proportionality to captives. In Europe most of the captives are domiciled in Ireland and Luxembourg, the off-shore domicile with the highest number of captives is Bermuda. In the States, Vermont has still the biggest share of these special purpose vehicles. New activities are being established in the Middle East and also in Asia, but for the time being it would be too early to talk about success stories.

IFC: What do jurisdictions need to do to successfully capture the market for captive insurance?

GD: A misunderstanding might currently undermine new captive locations which are trying to establish themselves if they think that with reduced local requirements for the operation of a captive, they can win new settlements of captives. International agreements ensure that the national and international regulations for accounting and taxation, as well as for the supervision of financial and insurance companies, are observed. Both emerging  and established captive locations should always take into account that international corporations  which want to establish a captive, or already have such a business, require that the respective service providers comply with all relevant regulations in order not to run the risk of damaging their reputation.
The relatively broad offer of captive domiciles should make it possible for every interested company to find a suitable location for a captive according to the individual needs and requirements of the company. In any case, it is advisable to carry out a fundamental and comprehensive feasibility study prior to the establishment of a captive, as well as a comparative feasibility study regarding the locations under consideration.

Günter Dröse Günter Dröse is Managing Director of the European Captive Insurance and Reinsurance Owners’ Association (ECIROA). He was previously a Managing Director of Deutsche Bank AG and Deukona, the in-house broker. As Global Head of Corporate Insurance, he was responsible for all aspects of the design, structure and administration of the risk transfer into the insurance market.