'Common Prosperity' In China: What Does It Mean For Philanthropy?

'Common prosperity' and 'third distribution' are two buzz words in China right now, after president Xi Jinping spelt out his vision in August 2021 for a new policy push to address the wealth gap in the country, encouraging high-income individuals and corporates to "give back more to society". Since then, the interest in philanthropy in China has grown significantly, with billions being donated by the country's leading entrepreneurs. So what is the potential of this policy for the development of philanthropy both within China and by Chinese philanthropists?

The Use Of Donor Advised Funds…

This article will provide an overview of the history and context to the 'common prosperity' policy, some of the latest philanthropy trends in China, and legal questions relevant to the following: philanthropy within China with regards to a Chinese resident and a foreign corporate; a Chinese philanthropist wanting to donate overseas, and the setting up of a charity in Hong Kong.

For ease of reference in this article when we say PRC or China we are referring to the mainland Chinese jurisdiction. While Hong Kong is a part of China, it is a special administrative region, with its own tax and legal system, which is different from that applicable for mainland People's Republic of China (PRC).

What Is 'Common Prosperity'?

Promoting common prosperity has become the top priority in the Chinese government's second centenary goal and a major target in the 14th Five-Year Plan (2021-2025), and a series of policies are being adopted to address this.

While it is not a new concept, common prosperity refers to rectifying and compensating the unequal status caused by institutional factors, so that everyone can contribute and share in the gains of economic and social development.[i]

The government has clarified that common prosperity is not banning high income or equalising the rich and poor but is about making the income gap reasonable. It is a gradual process and not about forcing the rich to donate, or becoming instantly rich, but establishing a fair distribution mechanism instead. Sustainability is seen as a key principle of common prosperity.

The third distribution (the first refers to income distribution in the market and the second relates to government-led redistribution) is a form of social responsibility that is considered to be an effective way to achieve common prosperity. In practice, it is achieved through the development of charitable donations, social enterprises, voluntary services, culture and art.[ii]

So what does common prosperity mean practically for individuals and corporates who wish to play a role, or understand more about the implications of 'common prosperity'?

What Are The Implications?

Third distribution requires private businesses to consider their 'private' interests as well as the 'public' interests and to take more aspects into account in their business plans, including employment, environment, other community stakeholders and possible risks.

Sustainability not only relates to the private business sector but to all social aspects, including sustainable philanthropy. Ahead of the introduction of the PRC Charity Law in 2016 (PRC Charity Law), the Ministry of Civil Affairs issued a number of regulations emphasising the importance of this concept, which is a key part of the common prosperity foundation. Building your business into a sustainable circle encourages individuals and corporates to voluntarily connect business, society and the environment. 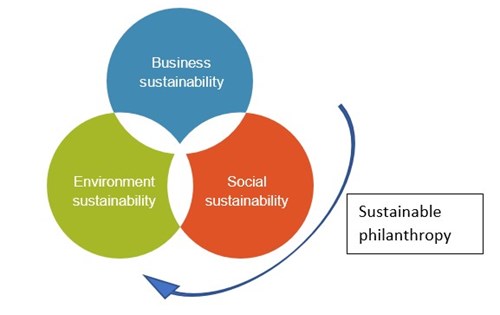 A single, direct donation is a frequently seen tool for social wealth redistribution, but corporates and philanthropists are now doing more.  A group company no longer means a group of business units, but can also encompass foundations, social organisations, special secondary funds, online public-fundraising platforms, charitable trusts and donor advised funds (DAFs), which can appear in big companies’ structures such as Tencent, Alibaba, TikTok and Meituan. Small and medium sized companies (SMEs) are adopting this approach as well.

How To Get Involved

Corporates are expected to play a crucial role in the third distribution. Setting up CSR (corporate social responsibility) departments or publishing ESG (environmental, social and governance) reports have been common choices so far to show work in relation to social responsibilities. However, corporates may now need to adopt higher standards and increase efforts in their philanthropy work.

There are various ways for businesses to engage more in this area, such as marketing, establishing special secondary funds or charity trusts, or even founding charitable organisations. Therefore, it is important to be familiar with the Chinese charity sector and new trends.

Foreign corporates and philanthropists have similar choices and access to domestic entities. If they wish to use their existing charitable entity based outside China to carry out activities within China, they would fall within the scope of PRC Overseas NGO Law (ONGO Law), introduced in 2017, which is not a focus of this article. One point to note is that they can only conduct charity activities (including grantmaking) in China in two ways: registering a representative office in China or completing the temporary activity formality procedure.

Similar to international donors or Hong Kong-based corporates, Chinese philanthropists have to ensure compliance with the PRC Charity Law and ONGO Law if they want to use an overseas charity entity to carry out philanthropy within China. This is particularly relevant when they want to use overseas funding. Two examples being if entrepreneurs want to donate their shares in companies listed, or due to be listed, abroad; or when the philanthropy is part of the entrepreneur's larger wealth or estate planning, which involves overseas trust structures.

PRC Charity Law At A Glance

According to the PRC Charity Law, in conjunction with supporting regulations, charity organisations in China mainly take the forms of social organisations and public institutions, including foundations, social service agencies (private non-enterprise entities), and social groups. Once registered, these charity organisations can accept domestic and overseas donations (although the latter may be subjected to ONGO Law depending on various factors) to conduct charitable activities within their registered business scope.

A special fund is a 'pooled fund' established within a foundation, with similar functions to a DAF. Although a secondary special fund is not an independent entity, it is a popular way for corporates and philanthropists to conduct charitable activities because of its low operating cost and tax treatment.

Charitable trusts are also recognised as a charitable legal structure by the PRC Charity Law and professional trust companies and other financial institutions are encouraged to be involved as trustees to increase the value of charity funds. However, this legal structure is not frequently used and the industry has called for more clarification in relation to tax incentives for charitable trusts.

The Standing Committee of the National People's Congress started the revision of the PRC Charity Law in 2021, and we believe it will be an important part of the common prosperity policy in the future. 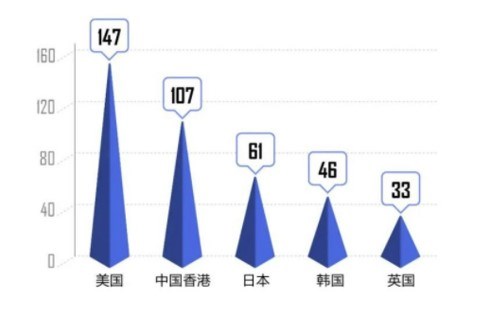 In Hong Kong, there is not one piece of legislation or single government department regulating charities' activities. Instead, charities law is based in common law, and the closest to an official charity status is the tax exempt status under section 88 of the Inland Revenue Ordinance (s.88 charity), regulated by the Inland Revenue Department (IRD).

An organisation does not need to be a s.88 charity to carry out charitable activities in Hong Kong, but the status is sought for various reasons, including credibility amongst donors, and two tax benefits:  tax exemption for the organisation from profits tax and applicable stamp duty (subject to strict conditions met); and tax deduction for donors for 'approved charitable donations'. To qualify as an 'approved charitable donation', it must be in cash, a gift exclusively for charitable purposes (e.g. not payment for service, or the ticket price for a charity gala, as there will be material benefits from both), and the total tax deducted for a donor each year must not exceed 35 per cent of their assessable income.

There are three common legal structures for a charity in Hong Kong: trust, society and corporate (limited by guarantee). To satisfy s.88 criteria, a charity must demonstrate that its charitable objects fall under one of the following: alleviation of poverty, advancement of education, advancement of religion, and other charitable objects for the benefit of the Hong Kong community. For the first three, a s.88 tax exempt charity in Hong Kong can carry out activities anywhere globally. To qualify for s.88, a charity must adopt strict conditions on the flow of funds. The IRD will exercise ongoing monitoring of the charity's activities, including a questionnaire every few years (can be as frequent as annually) to ensure that a charity's activities and accounts still qualify for the s.88 tax exempt status.

Charities in Hong Kong are also subject to strict corporate governance expectations and requirements, especially if it is a corporate which also has to comply with the Companies Ordinance and annual filing requirements. Directors of a Hong Kong charity must demonstrate that they are acting in the best interests of the entity in Hong Kong and not simply following orders from the group-level decision makers. This is particularly relevant if the charity has a corporate parent or works closely with foundations under the same brand domiciled in other jurisdictions.

With growing wealth in China, philanthropy has also increased – quadrupling between 2009 and 2017 according to AVPN[vi]  – and now 'common prosperity' is adding another significant push. In addition to domestic development, many have noted the potential of Chinese philanthropists being able to contribute to international development and adding innovative solutions to social and environmental problems beyond China as they seek to become more strategic and effective in their philanthropy to amplify its impact. Scratching beyond the surface of 'common prosperity' and headline-grabbing figures, it is likely that more institutionalised philanthropy utilising a range of structures (charitable trusts, DAFs etc) and innovative giving (social finance, mix use of non-profit and for-profit tools, blockchain-backed etc) will emerge both within China and cross-border by Chinese philanthropists in the years to come.

[v]    2021 Annual Report published by The Ministry of Public Security Bureau of the PRC. Link: https://ngo.mps.gov.cn/ngo/portal/view.do?p_articleId=531422&p_topmenu=1

Tze-wei Ng
Tze-wei is a lawyer with the private wealth team of Stephenson Harwood based in Hong Kong. She advises clients across the impact spectrum: from charities and philanthropists, to purpose-driven companies and ESG & impact investors. She regularly advises charities and social enterprises in relation to structuring, tax exemption status, and governance, and also advises both family and corporate foundations on structuring complex giving arrangements. She is a board member of GA!L – the Global Alliance of Impact Lawyers, an international network of lawyers focused on the impact practice – and was a member of the founding team of Sustainable Finance Initiative, which aims at building a community of private investors in Asia active in impact investing.

Giana Lin
Giana has been working as a lawyer for over ten years. Giana was previous working for a leading law firm in Australia which was subsequently merged with a leading PRC law firm. In 2012, Giana joined Legal Centre for NGO, which is a leading NGO specialised in not-for-profit law study. Giana is also Director and Board Member of Legal Centre for NGO. Giana specialises in charity law, not-for-profit law and overseas NGO.

The Use Of Donor Advised Funds In International Philanthropy