Not When, But How: The Next Economic Crisis. 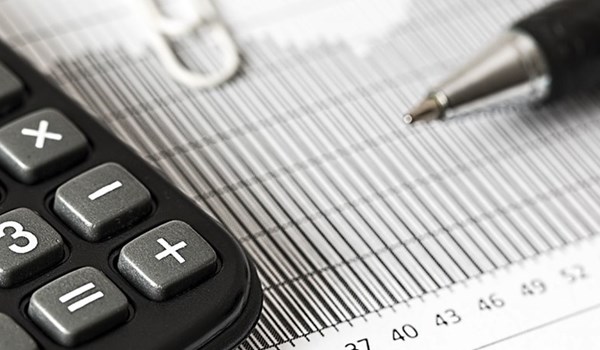 Next time it will be different.

No one knows when the next global economic downturn will happen. But contrary to what happened in some past crises, no one will be able to claim they didn’t see it coming.

Warnings abound, all signals concur, and, as European Central Bank president Mario Draghi said two months ago, the many “uncertainties” that have long threatened the global economic recovery are now generating their own economic consequences in the form of a major slowdown.

And yet, governments remain idle.

Europe is paralysed by institutional gridlock and political malaise, and by Germany’s own reluctance to acknowledge the severity of its own economic problems. The UK government is trapped by its insistence that everything will be fine with Brexit, hard or soft. And in the US, President Donald Trump’s refusal to accept that the current slowdown has anything to do with his trade war threats is an obstacle to sound economic policy.

Needless to say that in this context, hopes for international economic cooperation have faded away. In the next crisis, western governments look intent on fighting by themselves and for themselves. Welcome to the new world disorder.

But another major difference with the recent past is that ideas abound on what should be done to limit the consequences of a major downturn.

Organisations such as the International Monetary Fund have advised individual countries on what a prudent course of action should be — and they’ve been mostly ignored. The OECD a few months ago broached the idea of an international coordinated fiscal stimulus plan, which would be prepared ahead of time to be used if necessary: the proposal has been met with a deafening silence by governments the world over.

Last week, the BlackRock Investment Institute, the in-house think tank of the world’s largest asset manager, published a report advocating a radical overhaul of both monetary and fiscal policies. It is calling for “unprecedented policy coordination” to deal with the next slump.

The report is co-authored by Elga Bartsch, the head of macro research at the Institute, and three former central bankers: Jean Boivin, head of the Blackrock Institute and former deputy governor of the Canadian central bank; Stanley Fischer, the former vice chairman of the Federal Reserve; and Philipp Hildebrand, the former head of the Swiss central bank who now serves as Blackrock’s vice-chair.

The report’s authors note that monetary policy has run its course in a world where interest rates have reached the limits below which they can decrease much further. As for fiscal policy — the realm of governments — it is not nimble enough in case of severe crisis because it depends on lengthy political debates and its impact takes time to materialise.

Furthermore, many developed nations have already reached public debt levels that can hardly be increased without triggering a rise in interest rates. (It could also be argued that fiscal stimulus can produce unintended consequences when practiced on a strictly national level.)

What’s needed, argues the report, is a new form of coordination that “would help ensure that monetary and fiscal policy are both providing stimulus, rather than working in opposite directions” as we’ve seen happening in recent years. It defends the idea of what it calls “going direct”, with central banks finding ways to get “money directly in the hands of public and private sector spenders”.

The idea stops just short of arguing for the type of “helicopter money” once defended by US economist Milton Friedman. Instead it argues for a standing emergency fiscal facility, to deploy at the discretion of central banks, which would be used in exceptional circumstances and with a clear exit strategy.

At this point it is interesting to remember that three of the report’s authors hail from the higher echelons of central banking. Asked whether the proposal wouldn’t encroach on governments’ own fiscal independence, under the guise of protecting the central banks’, Boivin agrees that the governance of such a facility will be key question. But, he added in an interview, there would still be a distinction between monetary and fiscal responsibilities. “Central banks would decide the size of the facility they think is needed, whereas governments would still decide how to spend it,” he said.

If the response to the next recession is improvised, Boivin argued, the real risk is that boundaries will be blurred, or that fiscal policy goes back on a tangent of dangerous mindless spending.

And to sum up what’s at stake: “How the next downturn will happen is a more important question than when,” he noted.

Safety in Bonds as Recession A…