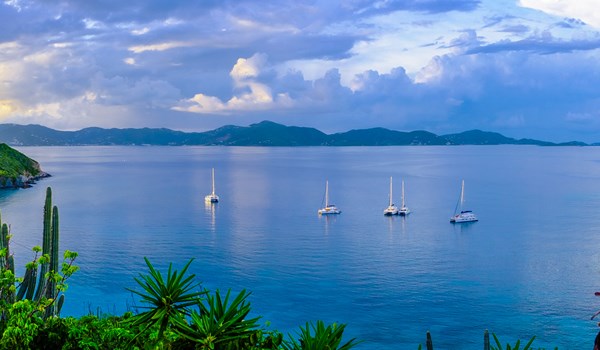 Government has passed the Financial Services (Exceptional Circumstances) Act 2020, which will provide the legislative framework to enable the British Virgin Islands to take appropriate measures during and after any exceptional event.

During a special sitting in the House of Assembly on Friday, March 27, Premier Andrew Fahie said the passing of the bill was necessary in order to ensure the smooth functioning and administration of financial services businesses from within the territory during an exceptional circumstance.

He said, “such exceptional circumstance may relate to natural disasters, health hazards of epic proportion or other similar occurrences”.

Provisions included in the Bill

Premier Fahie, who is the Minister responsible for Finance, said the legislation will give the Chairman and the Managing Director of the Financial Services Commission certain powers designed to facilitate making decisions when the board is unable to meet, or when the internal organs of the commission cannot be activated in the usual way.

The Financial Services (Exceptional Circumstances) Act also allows regulated persons to relocate outside and elsewhere within the Virgin Islands during or after any period of occurrence of an exceptional circumstance and outlines how outstanding regulatory obligations and liabilities are to be applied or modified.

The said legislation also includes provisions for the establishment of a Financial Services Complaints Tribunal; exempts insurance loss adjustors from the licensing requirement under the Insurance Act 2008; and states that during or after the occurrence of an exceptional circumstance, the tribunal may continue to be in place unless otherwise stated by the minister responsible.

Premier Fahie also said the new bill, once in effect, will replace the Financial Services Continuity of Business Act of 2017, which was originally created to only deal with the aftermath of the 2017 hurricanes for a limited period.

He said the new bill is designed to not only deal with the COVID-19 pandemic which is currently affecting most countries across the globe, but also any future unforeseen major disaster which could affect the British Virgin Islands.

“With the advent of the COVID-19 pandemic, it is considered that a new and all-embracing legislation is needed to deal with exceptional circumstances in relation to financial services whenever they arise. This will henceforth make it unnecessary to enact specific legislation each time an exceptional circumstance arises that affects the operations of financial services business,” Premier Fahie explained.

He also said that the Insurance Tribunal which was established under the 2017 Act, will be continued under the new bill once it is enacted and in effect.