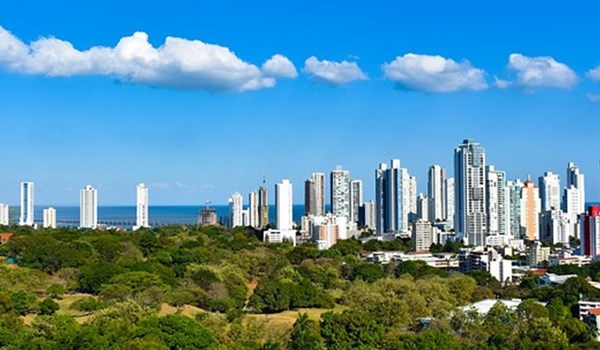 One document, expected to be published on Thursday, adds Panama and other countries to an existing blacklist but spares Saudi Arabia and U.S. territories that had been put on an earlier list before being shelved in the face of objections.

A second document, also due on Thursday, suggests giving the European Union more powers to tackle financial malfeasance within the bloc after a spate of scandals at large banks dented the EU's reputation.

The proposal, still subject to changes, says the EU could set up by 2023 a common supervisory body in charge of carrying out inspections at banks and possibly empowered to impose sanctions and identify suspicious payments.

The revised money-laundering list, expanded to include 22 from 16 states, is set to take effect from October.

Under the draft proposal, the Commission added Panama, the Bahamas, Mauritius, Barbados, Botswana, Cambodia, Ghana, Jamaica, Mongolia, Myanmar, Nicaragua and Zimbabwe to its list of countries that "pose significant threats to the financial system of the Union" because of failings in tackling money laundering and terrorism financing.

Banks and other financial and tax firms will be obliged to scrutinise more closely their clients who have dealings with these countries. Companies in listed states are also banned from receiving new EU funding.

But the higher scrutiny will only apply from October, the document says, due to disruptions caused by the current coronavirus pandemic.

Countries who were already on the list are Afghanistan, Iraq, Vanuatu, Pakistan, Syria, Yemen, Uganda, Trinidad and Tobago, Iran and North Korea.

All countries but North Korea have committed to changing their rules in order to better tackle money laundering and terrorism financing.

The EU listing left out Saudi Arabia, the current holder of the G20 presidency. The Saudis were included in an EU draft list last year until that document was struck down by EU governments after pressure from the oil-rich kingdom.

That was an exceptional case as EU member states only rarely interfere with listings which are largely a competence of the Commission, the bloc's executive arm.

Among other countries who were included in last year's draft list but have now been spared are Libya and the four United States territories of American Samoa, U.S. Virgin Islands, Puerto Rico and Guam. The listing of the U.S. territories had drawn criticism from Washington.

The new EU draft list largely reflects a listing compiled by the global Financial Action Task Force (FATF), which is the global standard-setter for efforts to curb money laundering.

The EU list however does not include Albania, a candidate country to join the bloc, and Iceland, a close trading partner of the 27-nation Union. Both countries are on the FATF list.

The Commission also intends to propose legislative changes next year to improve policing of financial crime with the aim of having them adopted by 2023. The plan follows financial scandals in Estonia, Latvia, Malta, Cyprus and the Netherlands that exposed how banks abetted or did not prevent money laundering.

The second document proposes a body tasked with "carrying out supervision of clearly defined obliged entities or types of activities for a given period of time".

The supervisory body could include a financial intelligence unit to identify "suspicious international transactions and analysis of cross-border cases of financial crime".