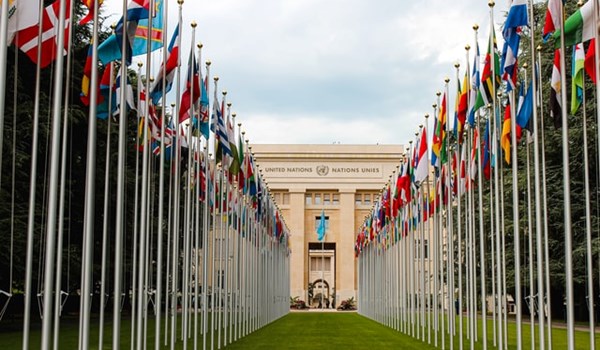 As published on irishtimes.com, Friday 6 November, 2020.

The United Nations is to examine whether Irish policies contribute to tax abuse by companies that harms children’s rights in other countries.

It is the first time tax has been included in a review of Ireland’s compliance with the UN Convention on the Rights of the Child (UNCRC). The treaty obliges Ireland to avoid policies that undermine the human rights of children at home or abroad.

The matter was included by the UN’s Committee on the Rights of the Child among issues it wants to explore with the State as part of its reporting cycle. Ireland has been asked to outline measures which “ensure that tax policies do not contribute to tax abuse by companies operating in other countries, leading to a negative impact on the availability of resources for the realisation of children’s rights in those countries”.

The UN made the move after a submission from a group of Non-Governmental Organisations (NGOs), including Christian Aid Ireland, the Global Legal Action Network (Glan), Oxfam Ireland, ActionAid Ireland and the Tax Justice Network.

Mr McCaughey said that profit generated in Ghana, for example, is moved to Ireland, leaving the African nation with less money to spend on services for children. “This has a real impact on children’s rights and is morally indefensible,” he said.

The NGOs claim profit from sales made outside of Ireland can be recorded by an Irish company as though it took place here, depriving other countries of tax revenue. They argue that Irish tax reliefs on intellectual property are encouraging Irish-based multinationals to shift profits originating in Africa and Latin America here.

Glan director Dr Gearóid Ó Cuinn said: “This will be the first time the UNCRC examines the effect of a country’s tax policies on the rights of children living overseas. The fact that it is starting with Ireland is testament to the leading role Ireland plays in shifting corporate profits from developing countries.”

Several other issues were included for review after a submission by the Irish Human Rights and Equality Commission, including how the response to Covid-19 has impacted on the rights of children.

Chief commissioner Sinéad Gibney said the impact on children from the pandemic has played out in housing, education and health and other areas “hidden from sight, but [which] will have real and lasting effect on their lives. It is essential we do everything possible now to identify and mitigate these impacts.”

The UN will also examine information on the impact of school admissions legislation, educational issues such as reduced timetabling relating to Traveller and disabled children, and the increased provision of social housing to reduce homelessness. The commission also asked that legal provision for stateless children be made, and the rights of those in Direct Provision be examined.

A Department of Finance spokesman said it “notes the content of the report”.

“Ireland has been consistent in supporting reform of the international tax framework in line with the process under way at the OECD [Organisation for Economic Co-operation and Development] through the Beps [Base erosion and profit shifting] framework and will continue in that context.”