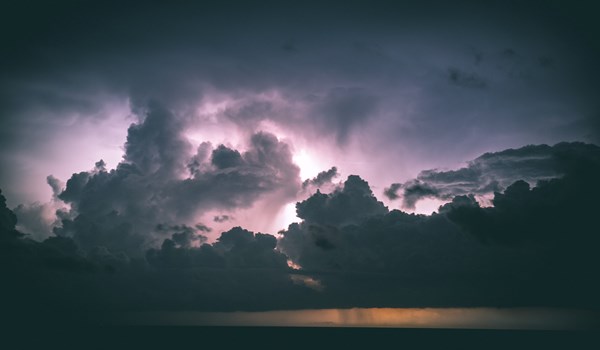 As published on barbadostoday.bb, Tuesday 1 September, 2020.

Regional economist Marla Dukharan is taking another jab at the European Union (EU), insisting that the grouping is using a discriminatory tax policy stance against marginalized, small and vulnerable states.

At the same time, she is calling on the United Nations Conference on Trade and Development (UNCTAD) to step in and address the issue.

Two months after questioning the EU’s rationale behind its “blacklisting” of Barbados and other small states, Dukharan has again raised concerns in her August economic report.

She said the EU’s “blatantly discriminatory tax and anti-money laundering/countering the financing of terrorism (AML/CFT) policy stance has been gnawing at my insides for some time”, adding that since her previous assessment, much of the feedback received from Europeans in particular, has been caution against labelling the EU stance as racist.

In May this year, the EU identified 28 countries as “high-risk” for money laundering and terrorist financing.

In her June report, Dukharan had said: “Perhaps the EU is a bully [and] instead of addressing its domestic problems with appropriate domestic policies, the EU aims to export its problems by ‘blacklisting’ non-EU countries which dare to exercise their sovereign right to set their own domestic corporate tax rates ‘too low’, thus effectively destroying the competition.”

“Perhaps the EU is a racist institution – not all low-tax jurisdictions get ‘blacklisted’ by the EU – this classification is reserved only for those with predominantly non-white populations, naturally,” she added.

In her most recent report, Dukharan maintained that the EU’s stance was flawed, pointing out that it had an “ever-changing” methodology for “blacklisting” countries.

She explained that while money laundering and terrorism financing are specific crimes which carry standard legal definitions, the EU’s methodology to identify “high-risk third countries having strategic deficiencies in their regime on AML and CFT” goes well beyond the standard definitions to include non-legal criteria such as “international offshore financial centres, strength of economic ties with the EU, and a jurisdiction as identified as a least developed country (LDC) by the UN”.

“The methodology stops short of stating how ‘strength of economic ties with the EU’ affects the likelihood of being listed, but the evidence suggests that there is an inverse relationship. Furthermore, it would also appear that this criterion supersedes all others, given that ‘international offshore financial centres’ such as London, New York and Zurich have never been listed, unlike small ones,” the economist reasoned.

“I believe the UNCTAD has a duty to address with the EU, their ongoing grossly disproportionate discrimination and further marginalization of these most vulnerable and unstable countries. If our greatness is measured by how we treat the weakest amongst us, the EU’s reprehensible actions suggest that they have never been and will never be great (again).”

Dukharan explained that for the past 49 years, the UN had recognized LCDs as “highly disadvantaged in their development process, for structural, historical and also geographical reasons; those at risk of deeper poverty and remaining in a situation of underdevelopment, characterized by their vulnerability to external economic shocks, natural and man-made disasters and communicable diseases . . . and those in need of the highest degree of attention from the international community”.

Dukharan said based on the particular constraints that LDCs faced, “the EU’s methodology purports to exclude LDCs from their list of high-risk jurisdictions unless those LDCs are identified as presenting a threat for the EU financial system or are identified as an offshore financial centre, which by the way, holds for all countries with insignificant “strength of economic ties” to the EU.

“In essence therefore, the EU makes no exception for LDCs, and indeed, has included LDCs Afghanistan, Cambodia, Myanmar, Uganda, Vanuatu, and Yemen in their most recent list,” added Dukharan.

Also on that list were Caribbean countries Barbados, Guyana, Jamaica, the Bahamas and Trinidad and Tobago, which the EU said had “strategic deficiencies” in their national AML/CFT regimes that pose significant threats to the EU’s financial system.

Attorney General Dale Marshall had described the EU’s move as “unjust and regrettable”, while insisting that before taking such action to harm the island’s economy and reputation, it should have “full, fair and frank exchanges to reach an amicable resolution”. (MM)