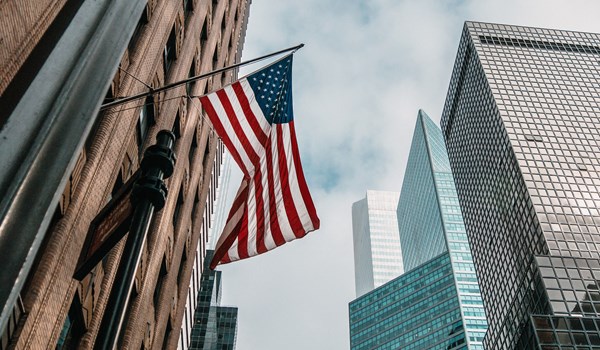 Amazon has been singled out by United States President Joe Biden as one of several large corporations that are using various loopholes to avoid paying federal tax in the US.

In a speech about his job plan for America, Biden vowed that one of his priorities would be to "level the international playing field" and make sure large corporations are paying their fair share of taxes by raising the corporate tax rate from 21% to 28%.

"In 2019, an independent analysis found that are 91 -- let me say it again, 91 Fortune 500 companies -- the biggest companies in the world, including Amazon -- they used various loopholes so they'd pay not a single solitary penny in federal income tax. I don't want to punish them, but that's just wrong. That's just wrong. A fireman and a teacher paying 22%? Amazon and 90 other major corporations are paying zero in federal taxes?" he said.

To make sure they meet their tax commitments, the government will "significantly ramp up" Internal Revenue Service (IRS) enforcement against corporations who either fail to report their incomes or under-report, Biden said.

"It's estimated that could raise hundreds of billions of dollars. All of this adds up to more than what I've proposed to spend in just 15 years," he continued.

"We'll also eliminate deductions by corporations for offshoring jobs and shifting assets overseas. You do that, you pay a penalty; you don't get a reward in my plan," he said.

"And use the savings from that to give companies tax credits to locate manufacturing here -- in manufacturing and production here in the United States."

Prior to the release of the president's plans, Amazon launched a page that outlined the company's views on certain issues, including corporate tax.

Amazon noted that it believes tax codes between countries should be "coordinated to have neither loopholes that permit artificially lower tax rates, nor overlaps that cause higher tax rates or redundant taxation, because these distort company behaviour in ways that don't benefit consumers or the economy".

Amazon added it supports the Organisation for Economic Cooperation (OECD) on its work to review the international tax system.

Last October, the OECD released blueprint reports on a "two-pillar approach" that aimed to ensure multinationals pay their fair share of tax in the countries they operate in.

The two-pillar approach is one of nexus and profit allocation and another of ensuring a minimum level of taxation.

The OECD Inclusive Framework on Base Erosion and Profit Shifting (BEPS) brings together 137 member jurisdictions. It states that both pillars combined could increase global corporate income tax revenues by about $50-$80 billion per year.

G20 Finance Ministers said they were committed to further progress on both pillars and urged the Inclusive Framework to address the remaining issues with a view of reaching a global and consensus-based solution by mid-2021.

Biden's tax plan follows in the footsteps of governments worldwide that have been clamping down on multinationals and their tax avoidance efforts.

In March 2017, the Australian government legislated a new Diverted Profits Tax (DPT) that was intended to prevent the practice of multinational organisations shifting profits made in Australia offshore to avoid paying tax.

The DPT hits multinationals with global revenue of more than AU$1 billion and Australian revenue of greater than AU$25 million with a 40% tax on all profits.

Since its introduction, multinationals operating in Australia including Amazon, Google, Apple, Microsoft, and Facebook have appeared to be compliant.

The legislation was introduced to mirror laws that had been enforced in the United Kingdom, which had been nicknamed the Google Tax after the search engine giant was ordered to pay the UK government £130 million in back taxes.