UK: Firms forced to show how they will hit net zero. 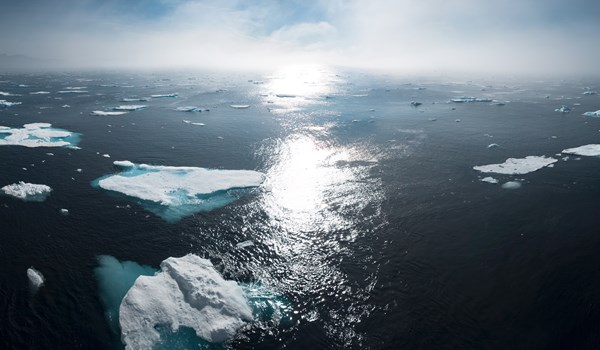 Most big UK firms and financial institutions will be forced to show how they intend to hit climate change targets, under proposed Treasury rules.

By 2023, they will have to set out detailed public plans for how they will move to a low-carbon future - in line with the UK's 2050 net-zero target.

Plans will be submitted to an expert panel to ensure they are not just spin.

But net-zero commitments will not be mandatory and green groups say the proposals do not go far enough.

Net zero is when a business or a country achieves an overall balance between the amount of carbon it is emitting and the carbon that it's removing from the atmosphere.

Firms and their shareholders will be left to decide how their businesses adapt to this transition, including how they intend to decarbonise the emissions they finance.

On the third day of the COP26 climate summit in Glasgow, Chancellor Rishi Sunak will outline the move to make the UK the first net-zero financial centre.

He will address an audience of finance ministers, central bank governors, heads of multilateral financial institutions and senior industry leaders, as part of a day dedicated to finance.

The chancellor will also announce that 450 firms controlling 40% of global financial assets - equivalent to $130 trillion (£95tn) - have now aligned themselves to limit global warming to 1.5C above pre-industrial levels.

He will say advances have been made to "rewire the entire global financial system for net zero" under the UK's leadership of the conference.

"We need public institutions rather than bank chief executives to lead the way in setting standards and delivering green investment."

Mark Campanale, founder and executive chair of Carbon Tracker Initiative, said the think tank welcomed the government plans, but "we need to see much more of the detail on how this will be achieved".

"None of the financial assets announced are currently aligned with net-zero and no group of companies can say they are meeting the Paris target by continuing to invest in fossil fuels, so that needs to change considerably before London can be lauded as the world's first net-zero financial centre and a model for the world," he said.

David Miliband, president of the International Rescue Committee, said it was important to ensure value for money:

"Writing cheques is the easy part and spending the money well is much, much tougher."

How firms are adapting their practices must be measured, the former Labour politician added.

"Private sector investment is vital, but it will be much easier to achieve on the back of serious investment by the chancellor," he said.

However, a coalition of finance groups led by former Bank of England governor Mark Carney said there was enough finance committed to keep global warming to 1.5 degrees centigrade.

In practice, this means that bank loans which would go to an oil field, or a coal mine, are diverted to renewable energy or to a mortgage product that subsidises highly efficient homes.

Bank bosses will also be expected to have tough conversations with their customers who want to build coal power stations, pulling funding in advanced nations now, and developing countries beyond the next decade.

Under the new Treasury rules, financial institutions and companies with shares listed on the London Stock Exchange must come up with net-zero transition plans, which will be published from 2023.

The strategies will need to include targets to reduce greenhouse gas emissions, and steps which firms intend to take to get there.

A taskforce made up of industry leaders, academics, regulators and civil society groups will also be set up by the government.

It will set a science-based "gold standard" for the plans in order to guard against so-called "greenwashing" - where environmental initiatives are more about marketing than substance.

However, the government said there was "not yet a commonly agreed standard for what a good quality transition plan looks like".

And although the plans will need to be published, the government said "the aim is to increase transparency and accountability" and the UK was not "making firm-level net-zero commitments mandatory".

Meanwhile, Mr Sunak is also expected to pledge that a target for developed countries to send $100bn (£720m) a year to those that are less developed - to help support their transition to net zero - will be achieved by 2023.

Alison Rose, chief executive of Natwest, told the BBC Radio 4 Today programme, it had started measuring the emissions on its balance sheet to help it track progress, saying "transparency was critical".

She said the bank was working with the oil and gas industry "to develop credible transition plans so we can track progress and work with our customers".

But Ms Rose said its main focus was helping small firms where there were "real business opportunities" in "adopting sustainable supply chain [and] sustainable business practices".

"It is brave to put a gold standard in place for all companies raising funding," she added.

And Dr Ben Caldecott, director of the UK Centre for Greening Finance and Investment, said the plans would "spur demand for green finance and accelerate decarbonisation, not just in the UK but wherever UK firms do business".