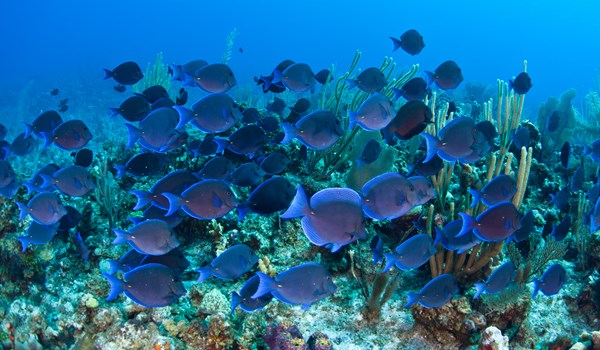 As published on businesswire.com, Wednesday 13 October, 2021.

Trade and investment are engines of innovation and growth. Underpinning both are effective institutions: good governance (especially, political stability and the rule of law), a high-quality legal system that protects owners of assets, and effective and adaptive legislation and regulation. This new report has been commissioned by Cayman Finance to help clarify how the Cayman Islands has successfully combined all of these attributes with others that make it unique to international investors, to help drive the international economy and facilitate global economic growth.

“This report documents how the Cayman Islands’ pure tax neutrality and commitment to good governance enable investors to pool capital securely and transparently and pursue investment opportunities that drive economic growth, create jobs and generate tax revenue in countries around the world,” said Jude Scott, the CEO of Cayman Finance. “As this research shows, Cayman also poses no tax harm to other jurisdictions due to its tax neutral regime and early adoption of tax information exchange agreements, Common Reporting Standards (CRS), and other elements of the OECD’s Base Erosion and Profit Shifting (BEPS) project.”

Cayman’s approach has a competitive advantage. While some jurisdictions offer some similar attributes, a key reason that both collective investment vehicles (CIVs) and multinational enterprises (MNEs) choose to domicile entities in Cayman rather than elsewhere is that Cayman offers true tax neutrality at minimal cost. By contrast, many other jurisdictions are at best able only to facilitate a facsimile of tax neutrality through the use of special structures and double taxation treaties; moreover, these special structures are highly limiting and come with additional costs.

“Cayman: Engine of Growth and Good Governance” combines a detailed review of scholarly research and publications from the EU, OECD, IMF, FATF, UNCTAD, and other national and international bodies. Key findings include:

“Tax neutrality is not tax avoidance. A tax neutral jurisdiction does not add an extra layer of tax on top of what investors and companies owe in their own jurisdictions in compliance with their domestic tax rules. This report demonstrates that as part of the international financial system Cayman is a transparent and globally responsible partner that improves access to capital in the US, UK, EU and other developed and developing countries,” said Mr Scott. “Moreover, it shows that International standards-setting and policy-making efforts should recognise and support the beneficial contributions to economic growth CIVs and MNEs domiciled in Cayman make globally.”

A “Cayman: Engine of Growth and Good Governance” was authored by leading economist Julian Morris and is available, along with other Cayman Finance reports, at www.caymanfinance.ky.