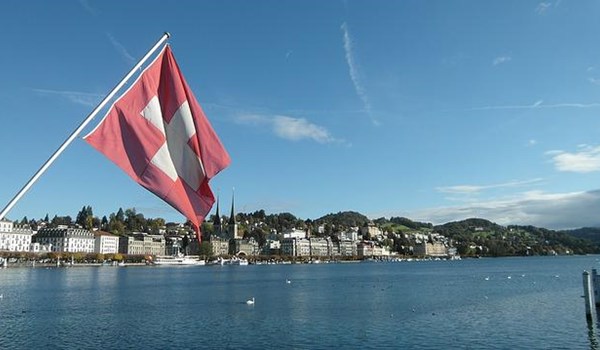 The Swiss government is facing criticism about its planned implementation of an international corporate tax reform.

The left-wing Social Democratic PartyExternal link said the proposed distribution of the expected additional revenue from the reform would benefit only four of the country’s 26 cantons and worsen competition between them.

At a news conference on Monday, the party presented a study and called for a bigger share of the revenue for the Swiss government and limits for what the cantons could receive.

Up to CHF2.5 billion ($2.7 billion) in additional annual revenue is estimated as a result of the reform, according to the party.

However, the think-tank Avenir SuisseExternal link, which promotes free market ideas, has dismissed this assumption as overestimated.

It rejected a bigger share of the additional revenue for the national government at the expense of the cantons.

Avenir Suisse said the proposed distribution – 75% for the cantons, 25% for the Swiss government – limited the cantonal financial autonomy under the federalist system.

Finance Minister Ueli Maurer said an estimated 2,000 multinational firms in Switzerland will be affected by the reform launched by the Organisation for Economic Co-operation and Development (OECDExternal link) as they might face substantial tax hikes.

Parliament is due to discuss implementation of the reform this year ahead of a nationwide vote in 2023.