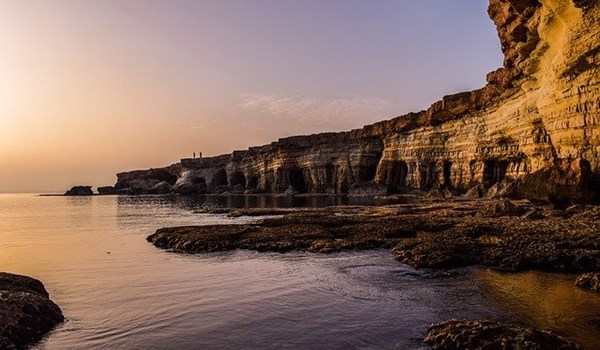 Some of the tax incentives designed to attract foreign-based workers and businesses to Cyprus put local companies and employees at a disadvantage, Cypriot fintech WiRE FS chairman Pavlos Loizou explained.

In a public statement released this week and addressed to all presidential candidates, partly prompted by a proclamation from the Finance Ministry saying that corporate tax would rise to 15 per cent, Loizou detailed how some of the measures create distortions in the market.

“The government recently announced new tax incentives to attract workers from abroad and repatriate Cypriots,” Loizou said, noting that these are particularly favourable incentives that reduce the income tax by about half for those of these people who are paid more than 55,000 euros per year.

The scheme also seeks to repatriate Cypriot nationals currently living and working abroad by offering them the same benefits as their foreign counterparts.

Finance Minister Constantinos Petrides said at the time that the scheme is one of the most competitive of its kind in the European Union.

Petrides also noted that there is already a lot of interest in the scheme, particularly from technology companies, whose number has been growing in recent years.

“Obviously, this measure puts [locally based] Cypriot workers at a disadvantage, since their net salary will be significantly lower than that of a foreigner who comes to work in Cyprus,” Loizou added.

However, Loizou conceded that this disparity is not without benefits, both to companies and the economy in general, since it will allow Cyprus to attract high-quality companies, as well as professional workers who can provide first-rate services to the domestic market.

“After all, the incentives can also be used by Cypriot companies to hire people from other countries,” Loizou said.

“In fact, it is financially advantageous for them, because they can offer a lower gross salary to a foreigner, therefore a lower cost for the company, which, due to the incentives, will ultimately receive a higher salary than a Cypriot,” he added.

However, the Cypriot executive said that the bigger picture for Cyprus revolves around the issue of the corporate tax.

Loizou said that again local companies have a comparative disadvantage over their foreign interest counterparts.
One notable example of this is that Cypriot companies are subject to a special defence contribution of 17 per cent, which is applied to the amount of the dividend income received.

Loizou again posited an example where a Cypriot company with a profit of €100,000 would be subject to the current corporate tax rate of 12.5 per cent, as well as an additional €14,875 in defence tax.

Conversely, a foreign interest company based in Cyprus with the same level of profitability would not have to pay defence tax.

Across a five-year span of time, the tax benefit to the latter company would amount to €74,375.

On top of this, companies have also had to deal with the 2.65 per cent Gesy tax on their dividends.

“We can all understand how important this amount is for small-to-medium sized companies (SME), who everyone acknowledges as the backbone of the economy,” Loizou said, noting that the two companies in the above comparison “do not compete on equal terms”.

“We are constantly attracting foreign companies in Cyprus, which is a good thing for us to be doing, however, dear presidential candidates, you must suggest and take measures that will strengthen the competitiveness of domestic companies as well,” he added.

Moreover, Loizou noted that implementing measures and frameworks related to the green and digital transitions will incur additional costs for businesses.

“How will a Cypriot company be able to invest and compete with another Cyprus-based company, but of foreign interests, when the state itself puts it at a disadvantage in advance,” Loizou said.

“Not only are we competing with companies from other countries, but we have reached the point of being less competitive in relation to the companies we attract in our own country,” he concluded.

Carey Olsen reaccredited as a…